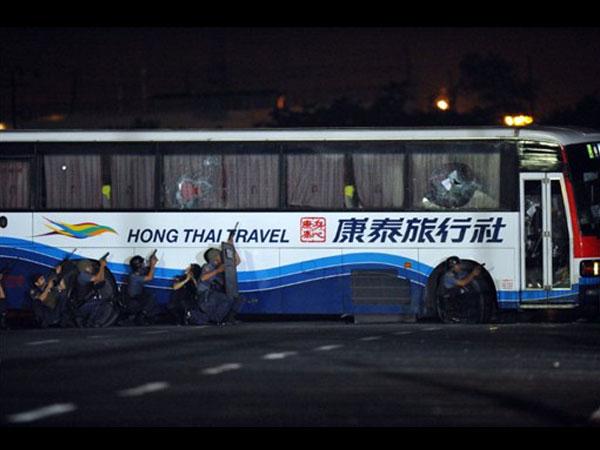 MANILA, Philippines — “Did we apologize to [Hong Kong] when their citizens were massacred in Luneta?”

Senator Vicente “Tito” Sotto III raised this question amid calls for compensation for the 22 Filipino fishermen who were left at sea after a Chinese vessel hit their boat at Recto Bank in the West Philippine Sea.

The Chinese trawler’s owner recently coursed his “sincere apology” through a letter sent by the Guangdong Fishery Mutual Insurance Association to the Philippine Embassy in Beijing.

“Did they ask for compensation? Hindi ko maalala,” Sotto’s tweet further read referring to family of the hostage victims.

Did we apologize to HK when their citizens were massacred in Luneta? Did they ask for compensation? Hindi ko maalala. @OBueno

Asked to expound his tweet, the Senate President told INQUIRER.net in a text message that he “was simply asking if we apologized for the [L]uneta massacre and if the families of the victims asked for compensation because I do not remember.”

“It’s a thought considering the call of some politicians for compensation for our fishermen after that apology from the Chinese fishing firm,” he added.

Sotto was referring to the Manila hostage crisis in 2010 where eight Hong Kong tourists on a bus were killed during a disastrous rescue operation. Before the tragedy, dismissed policeman Rolando Mendoza seized the tourist bus and took its passengers hostage to get attention for his plight.

It was during the term of President Benigno Aquino III and then Manila Mayor Alfredo Lim when the hostage crisis happened.

However, Aquino declined to issue an apology, citing Filipino fatalities in China for which Beijing has not apologized and paid compensation.

But in 2014, the Manila mayor at the time, former president Joseph Estrada, flew to Hong Kong to apologize to the relatives of the victims.

President Rodrigo Duterte was the next to issue an apology to Hong Kong for the death of its citizens.

Duterte, in a speech before the Filipino community in Hong Kong, said there has been “no official apology coming from the Philippines regarding that incident that happened in August 2010.”

“So we apologized years after for numerous deaths,” Sotto said in a separate text message.