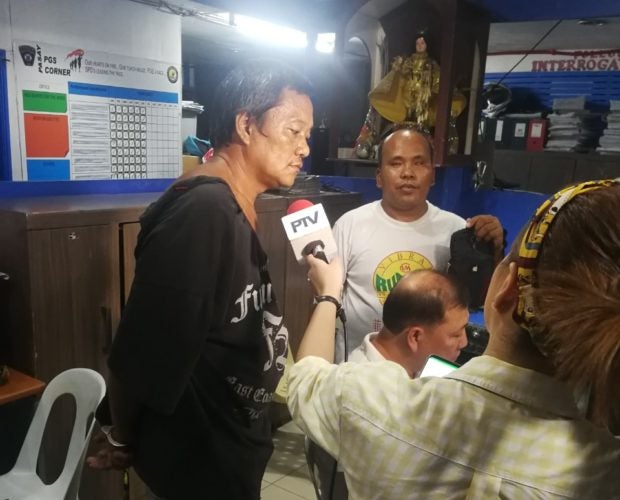 Rolando Reank, 46, who stabbed an employee of Metropolitan Manila Development Authority, talks to media at the Pasay police station. /PHOTO FROM PASAY POLICE

MANILA, Philippines — A traffic constable of the Metropolitan Manila Development Authority (MMDA) was wounded after he pursued a man who stole a vendor’s bag in Pasay City on Thursday (Aug 29) morning.

Pasay police identified the MMDA employee as Randy Domong-as, 46, while the vendor was identified as Renato Alzona, 42.

Domong-as saw the robbery and went after Reank, who stabbed him with a fan knife.

Domong-as was rushed to Pasay General Hospital and is now in stable condition, police said./TSB