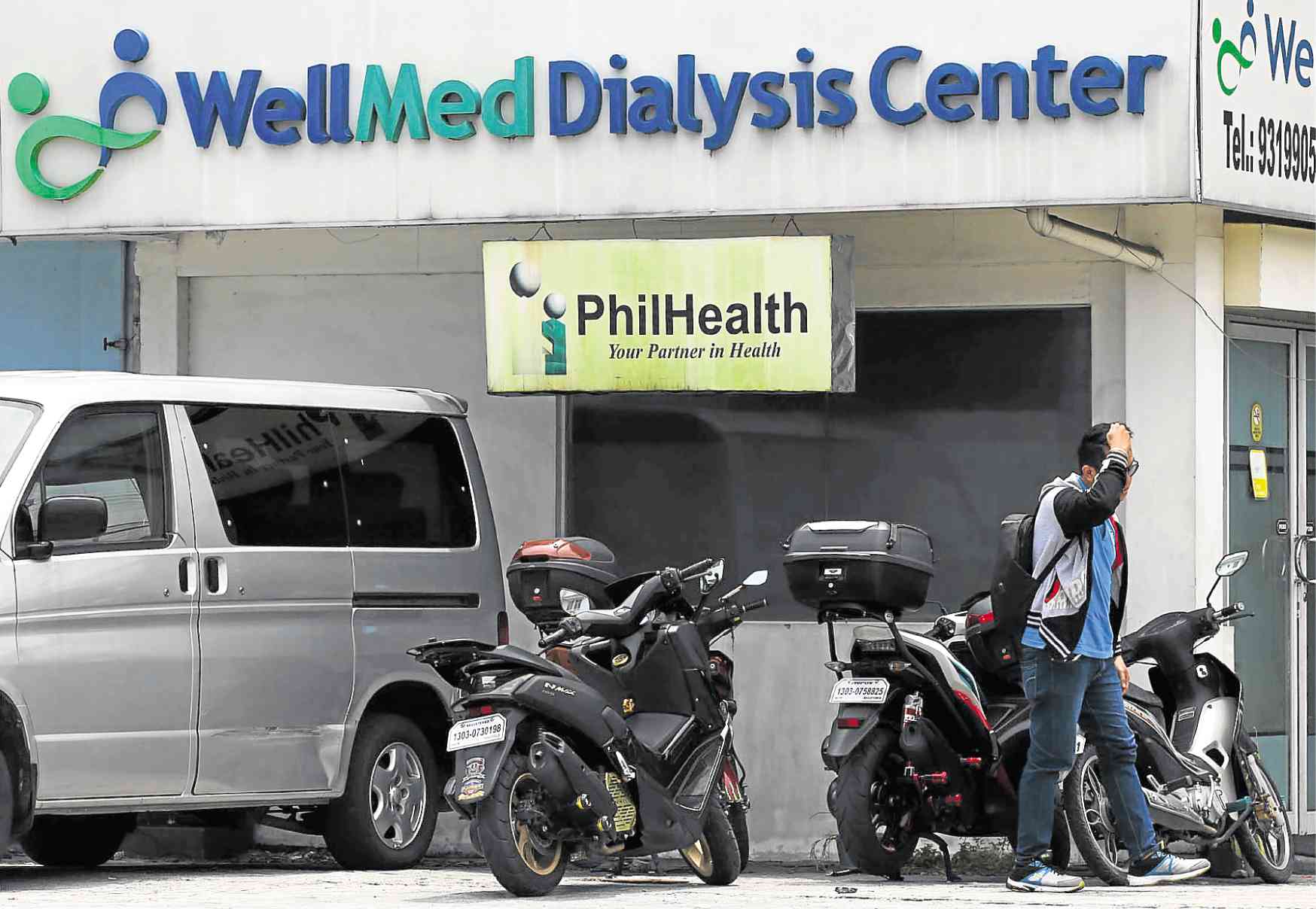 GHOST DIALYSIS PATIENTS The Quezon City-based WellMed Dialysis and Laboratory Center was the subject of the Inquirer investigative report, which found that PhilHealth lost tens of billions of pesos to overpayments and fraud committed over the past five years. —INQUIRER FILE PHOTO

Twenty-one officials and employees of Philippine Health Insurance Corp. (PhilHealth) were charged in the Department of Justice on Wednesday for accrediting WellMed Dialysis and Laboratory Center despite an agency finding that the clinic had filed fraudulent claims for dead patients.

Recommended for prosecution were officials and employees of PhilHealth National Capital Region office’s accreditation subcommittee (ACS), according to the National Bureau of Investigation.

“These subjects are allegedly responsible in approving the accreditation of WellMed despite the 2019 Fact-Finding Investigation and Enforcement Department on the alleged fraudulent claims of WellMed,” said Vicente de Guzman, NBI deputy director for investigation.

The NBI filed violations of Anti-Graft and Corrupt Practices Act, National Health Insurance Act, and the Code of Conduct and Ethical Standards for Public Officials and Employees against them.

WellMed was paid P1.8 million from January to May this year for the dialysis of patients who were already dead, according to the fact-finding unit of PhilHealth, which completed its probe in January.

WellMed was the subject of the Inquirer’s three-part investigative report which, among other things, found that PhilHealth lost tens of billions of pesos to overpayments and frauds committed over the past five years.

The NBI said the ACS had recommended the accreditation of WellMed on Jan. 4 but withdrew it on Feb. 7.

Still, the regional subcommittee processed the claims of WellMed on May 20.

“[This is] not just simple negligence. Despite the knowledge that they (WellMed management) have already fraudulent claims discovered by the fact-finding committee, WellMed was still given accreditation,” said Catherine Camposano-Remigio, the newly appointed antigraft division chief of the NBI.

Remigio said there was yet no evidence of PhilHealth employees being bribed to favor WellMed.

“Based on the investigation, they [WellMed management] were given undue benefit out of the acts of the accreditation subcommittee,” said De Guzman.

The NBI has yet to uncover high-ranking officers involved in the WellMed ghost dialysis scam.

“Investigation is ongoing. We want to establish linkages of health care providers with some officers of PhilHealth,” De Guzman said.

The criminal charges against WellMed owner and officers were lodged in a Metropolitan Trial Court in Quezon City last week.

On Aug. 5, the Quezon City Regional Trial Court Branch 219 dismissed the estafa charges against WellMed owner Bryan Sy after the case was filed in the wrong court.