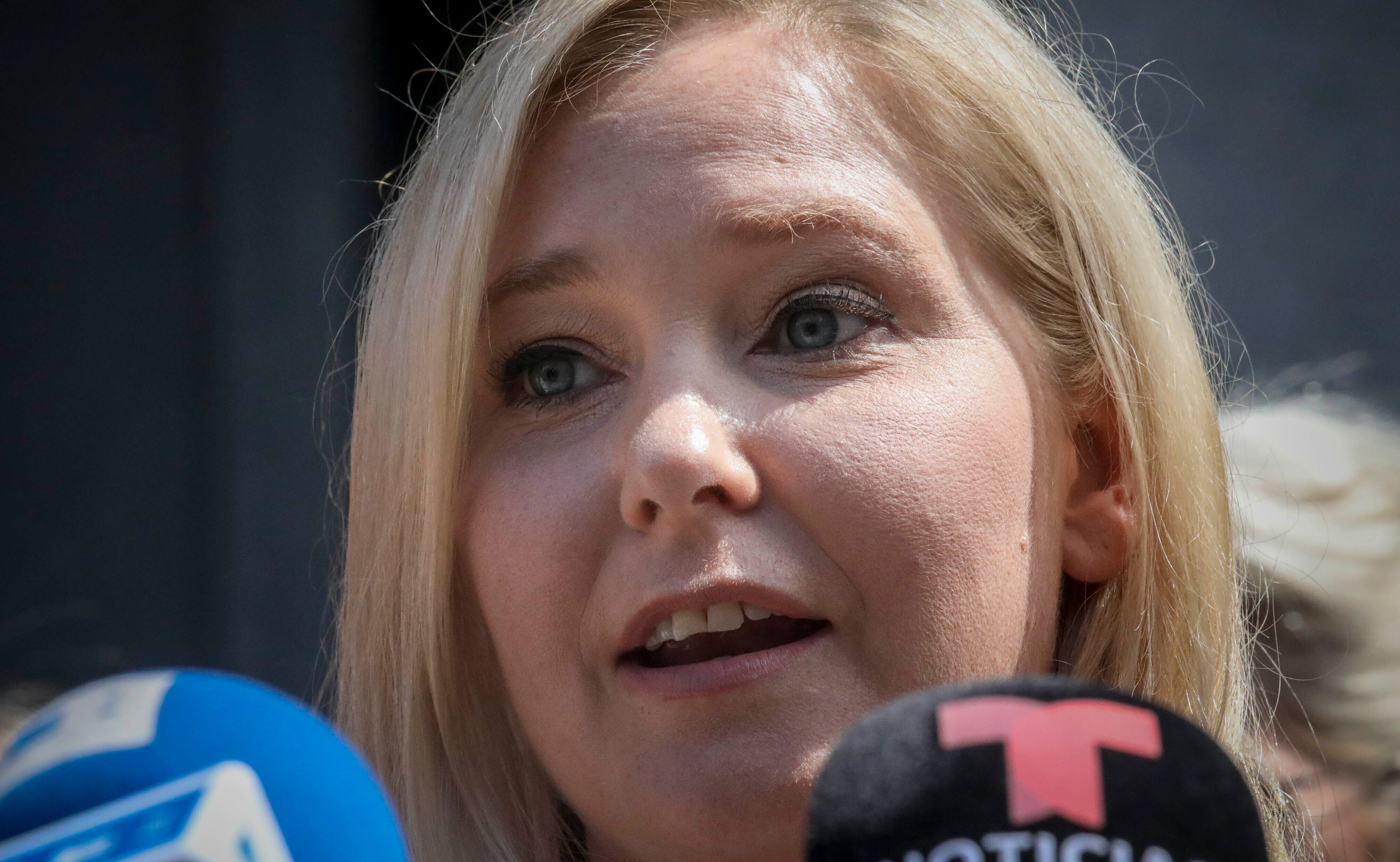 Virginia Roberts Giuffre, a sexual assault victim, speak during a press conference outside a Manhattan court where sexual victims, on invitation of a judge, addressed a hearing after the accused Jeffrey Epstein killed himself before facing sex trafficking charges, Tuesday Aug. 27, 2019, in New York. (AP Photo/Bebeto Matthews)

LONDON  — One of the many women who have accused Jeffrey Epstein of sexual abuse has kept Britain’s Prince Andrew uncomfortably at the center of the ongoing investigation.

Virginia Roberts Giuffre, speaking to reporters outside a New York courthouse, said of the British royal that “he knows exactly what he’s done and I hope he comes clean about it.”

Giuffre, who has said she was a 15-year-old working at President Donald Trump’s Mar-a-Lago club when she was recruited to perform sex acts on Epstein, earlier told the court: “My hopes were quickly dashed, and my dreams were stolen.”

Andrew has rejected suggestions he may have been involved in Epstein’s crimes. A few days ago, he also denied any knowledge of criminal behavior by his one-time friend who killed himself in a New York jail while awaiting trial on sex trafficking charges.

Giuffre’s comments have been widely reported in the British media Wednesday.  /muf