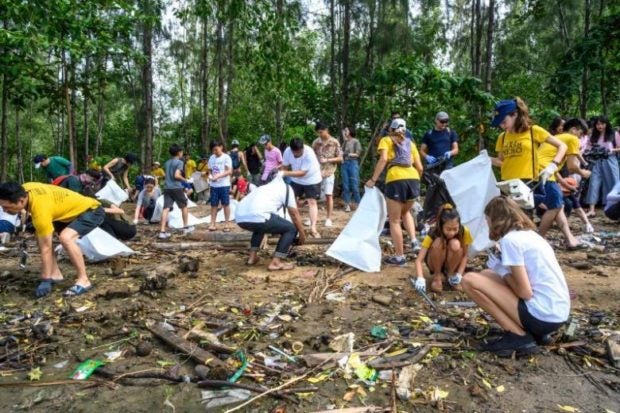 The Mariam Project, which is expected to involve many stakeholders in the public and private sectors, includes initiatives to increase the number of dugongs and other endangered species, ban single-use plastic bags, straws and cups as well as styrofoam in a few years, redelineate fishing zones, collect ocean waste by boat, and build hospitals and recuperation centers for endangered species.

“The (Natural Resources and Environment) Ministry wants to use Mariam’s death to drive forward these initiatives to conserve not only dugongs, but all endangered species both on land and at sea,” said Mr Ukrit Sataphumin, head of the Marine and Coastal Resources Research and Development Institute.

“Mariam’s death has created a social shock. She is now an icon for the dangers of ocean plastic waste,” he told The Straits Times yesterday.

Mr Sataphumin said the government had already come up with measures to curb plastic waste, such as the gradual ban on selected types of plastic, but the Mariam Project aims to accelerate the process.”The project should be approved and launched by next year,” he added.

Dr Thon Thamrongnawasawat, a marine biology professor at Kasetsart University who has been helping to draft the program, said: “We’re aiming to accelerate our plans, like shortening the timeframe to ban single-use plastic from three to two years.”

He also said now is the right time to push for the project, given the nationwide mourning for Mariam, who died on Aug 17, and another dugong calf Jamil, who died five days later.

The two orphaned calves were found ashore in the southern beach town of Krabi.

Eight-month-old Mariam was first found in April and became a darling in Thailand when photos of her nuzzling playfully with her caretakers went viral online.

She was attacked by an adult dugong in the Andaman Sea earlier this month and died five days later from blood infection and pus in her stomach. Some plastic waste was also found in her intestines.

Five days after her death, three-month-old Jamil, who was first found last month, died from shock when undergoing surgery to remove seagrass clogging his stomach.

Dugongs are classified as a vulnerable species by the International Union for Conservation of Nature.

There are about 250 dugongs in Thai waters, and the Mariam Project aims to increase the population by 50 per cent in 10 years, Dr Thamrongnawasawat said.

“We also want to expand our focus to other endangered marine animals like the Omura’s whale, Bryde’s whale, whale shark and leatherback turtle.”

Thailand generates about two million tonnes of plastic waste a year, with over 50,000 tonnes of this waste ending up in the oceans, according to the Ministry of Natural Resources and Environment.

The country is ranked the world’s sixth-biggest contributor to ocean waste, according to Greenpeace.

Mariam was not the first marine animal to die in Thailand after consuming plastic. In June last year, a pilot whale died in southern Thailand after swallowing 80 plastic bags.