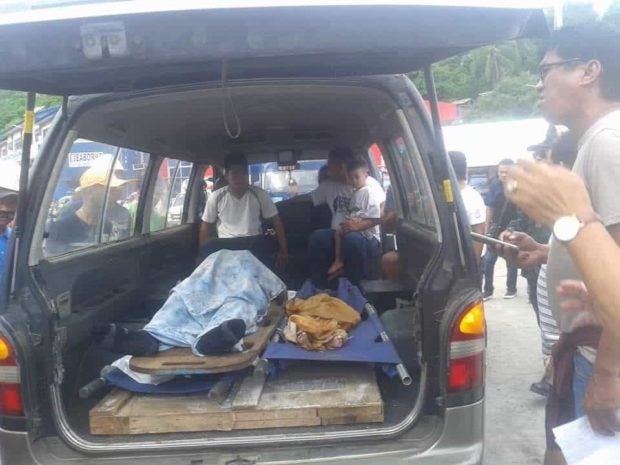 Ramon Gamalinda, captain of the Philippine Coast Guard Auxiliary in Dapitan City, said the four casualties were based on the bodies recovered so far by search and rescue volunteers.

A search-and-rescue operation is ongoing to account for the 167 passengers onboard M/V Lite Ferry 16 that caught fire around 11:30 p.m. Tuesday.

Around 7 a.m., Gamalinda said they have accounted for 107 survivors and four dead.

Mitzie Dulawan of the Dapitan City Information Office said among those who died were a year-old child and a 60-year old man.

Gamalinda said they learned that the fire started at the ill-fated boat’s engine.

“We were informed that more passengers are still missing and we are hoping they are still alive,” Gamalinda said.

One of the Facebook posts by Fred Castro of Kidapawan City, who is among the ferry passengers, said he lamented the slow response of the Coast Guard.

He said they were fortunate that another passenger ferry passed by them, hence they were rescued.

Holding his phone, Castro showed the boat behind him that was still on fire, saying that he was at the rear of the boat and was forced to jump off, then swam towards the Fast Cat ferry.

“We would have been dead if not for the Fast Cat,” Castro said.

Captain Richard Gonzaga, commander of Naval Task Group under Naval Forces Western Mindanao, said the boat was still on fire at Tag-ulo in Dapitan and that the 93rd Marine Reserve Unit was helping the Coast Guard in Dapitan City.

“A sketchy report says around 15 to 20 people are still missing,” Gonzaga added. /lzb