CALAUAN, Laguna, Philippines — His bags were packed and he had taken a bath. The night before, he was fingerprinted as part of the release procedures.

Antonio Sanchez, a former mayor of Calauan, Laguna province, was all set to step out of New Bilibid Prison, according to his children. He was No. 187 on the list of prisoners supposed to walk free on Aug. 20, they said.

As soon as Sanchez’s family learned about his imminent release, they made sure they were at Bilibid in Muntinlupa City on the big day.

But the planned family reunion did not happen. They were told at the prison gate that his release “had to be reviewed.”

They heard the same thing from Bureau of Corrections (BuCor) chief Nicanor Faeldon the next day, according to the eldest of Sanchez’s children, Allan Antonio, 43.

“We were wondering because … there was already a release order. Suddenly, the theme changed. They held him [and that’s] a big question,” he told the Inquirer on Tuesday.

The media then had gotten wind of Sanchez’s release, which quickly triggered public outrage.

Bilibid has been the home of the former mayor since March 1995 after he and six of his aides were convicted of the 1993 rape and murder of Eileen Sarmenta and the murder of her friend, Allan Gomez, both students of the University of the Philippines Los Baños (UPLB). They were sentenced to serve seven reclusion perpetua, each equivalent to 40 years in prison.

The brutal rape and murders were among the heinous crimes that shocked the nation in the 1990s.

A year later, Sanchez was again sentenced to two reclusion perpetua for the 1991 murder of Nelson Peñalosa and his son, Rick.

Justice Secretary Menardo Guevarra told the Inquirer on Tuesday that he would have Sanchez’s supposed Aug. 20 release checked.

“I have been informed that BuCor chief Faeldon denies having signed a release order for Sanchez. Likewise, no report on such matter has been received by the DOJ,” he later said.

He also said the Department of Justice (DOJ) would review the records of some 200 prisoners who had been released by BuCor before the DOJ suspended the application of increased time allowances under Republic Act No. 10592.

Guevarra had earlier said he would form a task force composed of representatives from the DOJ, BuCor and the Bureau of Pardons and Parole to review the guidelines for good conduct credit.

“The task force will ask BuCor for a list of those inmates already released and determine what needs to be done. Should there be any sign of fraud or irregularity, I will order a separate probe,” he told reporters. 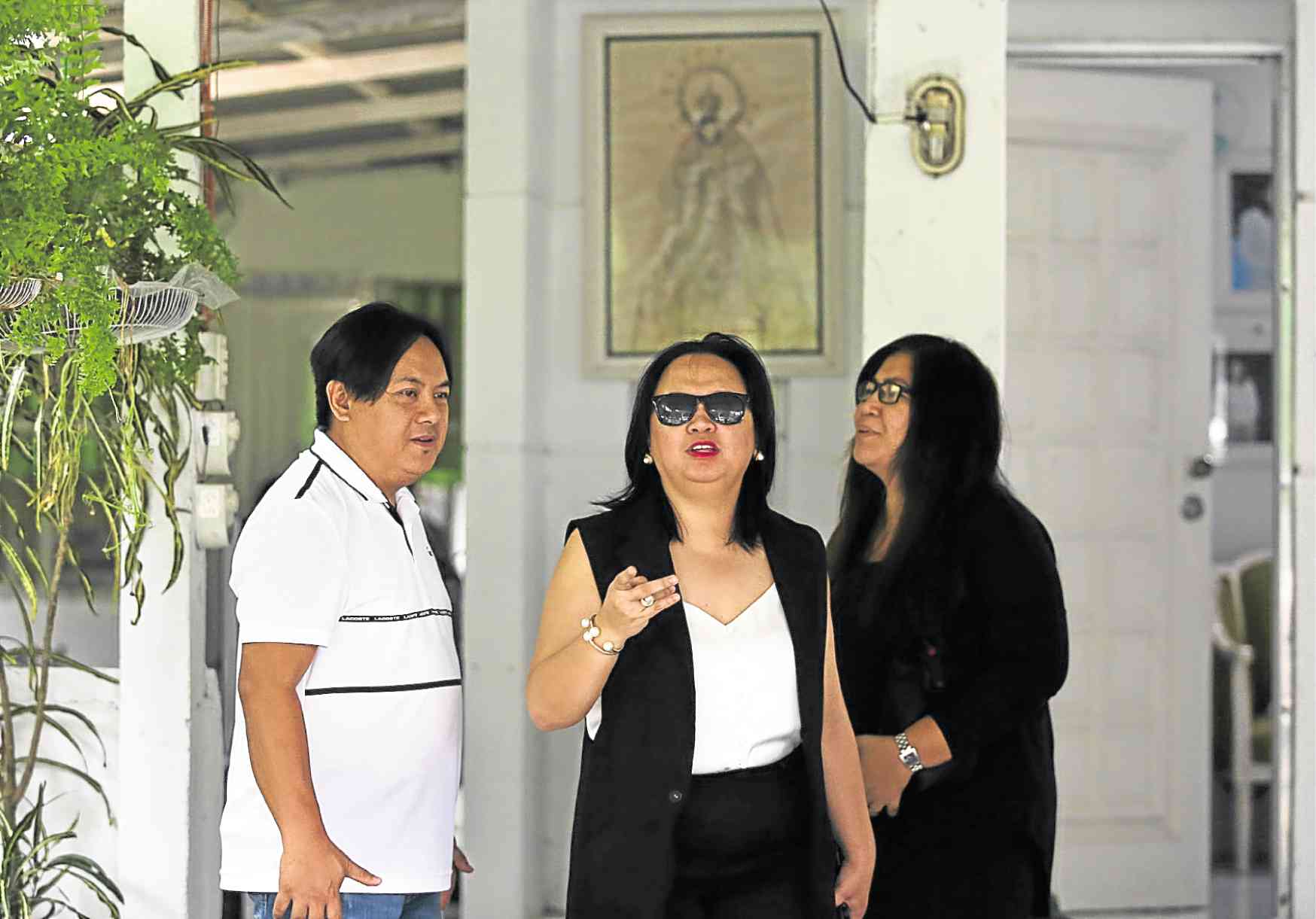 NO REUNION The eldest of former Calauan Mayor Antonio Sanchez’s children, (from left) Allan Antonio, 43, his daughter, Councilor Ave Marie Tonee, 38, and their mother, Elvira Sanchez, will have to wait for another day, if ever, for a family reunion outside prison. Sanchez was to walk free on Aug. 20 but public outrage stopped officials from opening the prison doors for him. -LYN RILLON

Sanchez’s daughter, Marie Antonelvie, 37, said that after her father’s release, the family planned to eat at his favorite Japanese restaurant in Makati City.

They were to visit an eye clinic later to check the 73-year-old former mayor’s cataract.

Three of Sanchez’s men, including the mayor’s bodyguard Rogelio Corcolon of the two convicted Corcolon brothers, had died of illnesses two years ago.

The older Corcolon, Luis, who was said to have shot and killed Sarmenta, is on dialysis. His daughter, Ellen, declined an interview, saying only that the family did not know whether he was eligible for early release.

As for Sanchez, he was having kidney problems, too, and was confined last year at Ospital ng Muntinlupa, a public hospital, for a week.

A picture of Sanchez and his daughter, Calauan Councilor Ave Marie Tonee, 38, at the hospital went viral. Some who commented on social media said it was evident that he was enjoying extraordinary privileges.

But Sanchez’s children denied that their father received special treatment, or was allowed to slip in and out of prison to visit his home in Calauan.

In an interview on Tuesday at the family’s farmhouse painted in Sanchez’s favorite green and white colors in Barangay Lamut 2, they did say that he was a prison “mayor” (gang leader) and had his own “kubol” (quarters) and bathroom.

They denied that he was involved in drug trafficking in Bilibid and that he had been cleared of that charge.

“The kubol was torn down already [last week], that’s why we thought [the release] was for sure,” said another son, Anthony Collioni, 36.

The family said they did not get a copy of the release order supposedly signed by Faeldon. 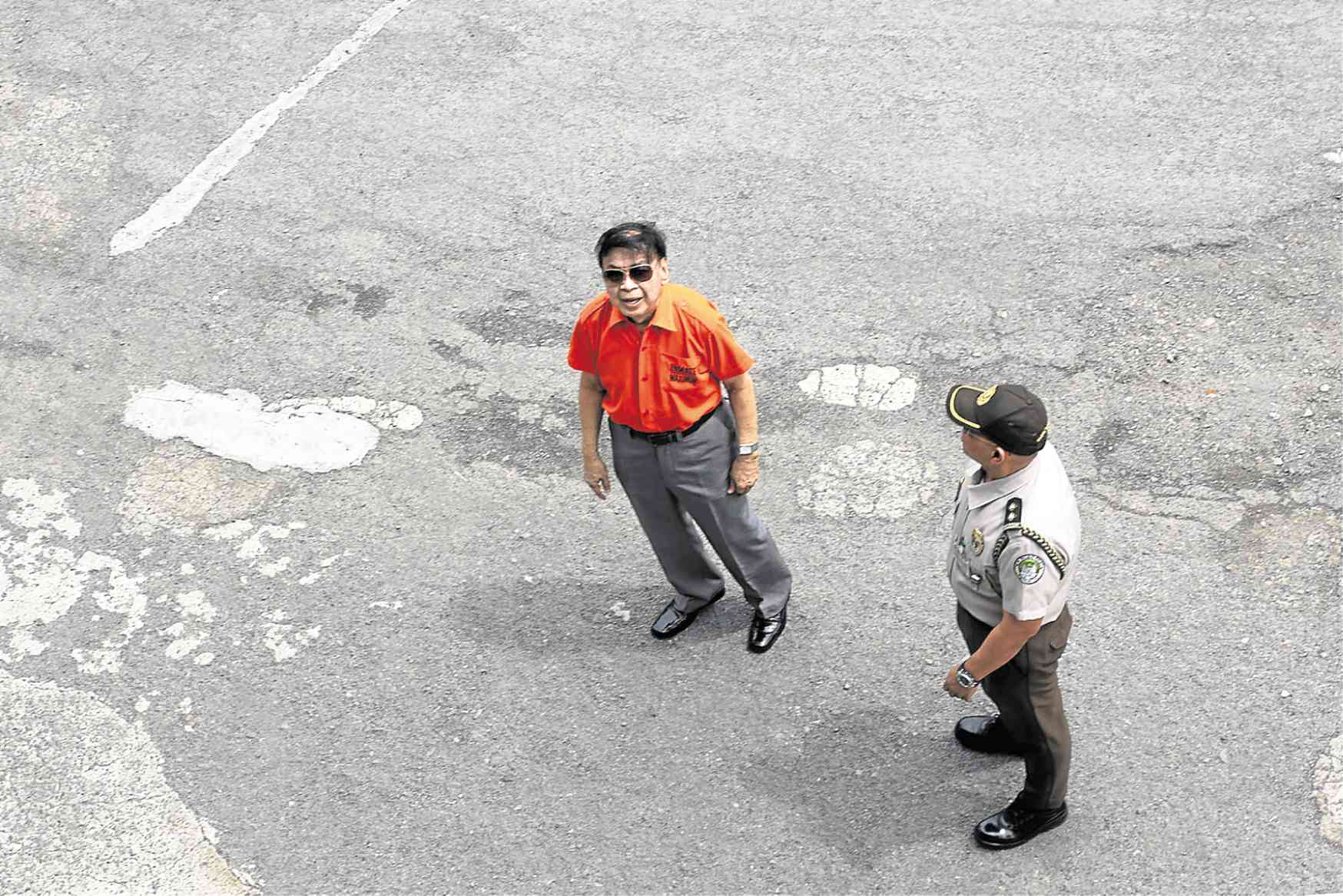 But a close friend of Sanchez, who is a former official, confirmed seeing the document, which only had to be retracted amid opposition from the Sarmenta and Gomez families.

Sanchez’s children said they and their lawyers would discuss on Wednesday possible legal actions against his continuing confinement.

“That’s his right. Not just his, but everybody else’s [who deserved a prison parole]. Why does it seem he was now being singled out?” Allan Antonio said.

At the Senate, Minority Leader Franklin Drilon on Tuesday warned that efforts to amend the law to exclude Sanchez from enjoying good conduct time allowance could work in favor of the former mayor.

Drilon, who was the justice secretary who prosecuted Sanchez, said the former mayor could argue that the amendment of the law would mean that he was entitled to the time allowance at present.

The senator said he would rather question the factual basis of the grant of the good conduct time allowance to Sanchez. —With reports from Leila B. Salaverria and Dona Z. Pazzibugan