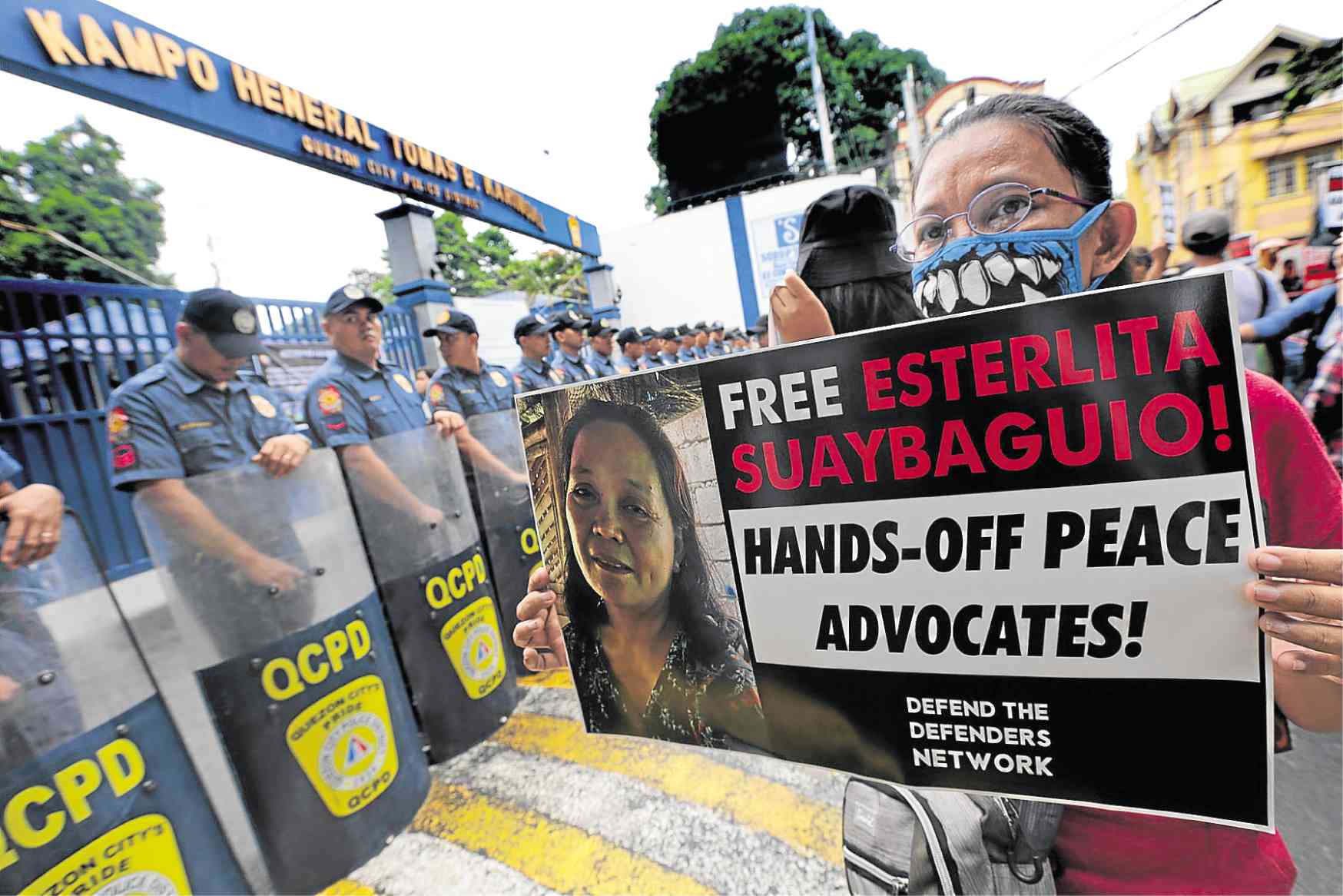 MANILA, Philippines — The Philippine National Police arrested on Monday a woman allegedly handpicked by the Communist Party of the Philippines (CPP) to “revitalize student, youth and labor recruitment” in Metro Manila.

Suaybaguio was arrested by a joint military and police team at her condominium unit in Cubao, Quezon City, which the arresting team said, yielded a 9mm pistol, a hand grenade, several rounds of ammunition and subversive documents.

But rights groups, among them Karapatan, Gabriela, Kilusang Mayo Uno and Kabataan, slammed the arrest as part of the government’s crackdown on peace consultants during a protest rally held on Tuesday in front of Camp Karingal in Quezon City.

Suaybaguio was the eighth member of the National Democratic Front of the Philippines (NDFP) secretariat arrested “and slapped with trumped-up charges,” as rights groups claimed, after their participation in the peace talks in 2016.

The communist-led NDFP also condemned Suaybaguio’s arrest, saying she was covered by the Joint Agreement on Safety and Immunity Guarantees (Jasig) with document of identification number ND 978447 as second consultant for Mindanao.

But Malacañang maintained that NDFP consultants could no longer invoke their “immunity” through the Jasig after peace talks were terminated in 2017. —With a report from Delfin T. Mallari Jr.