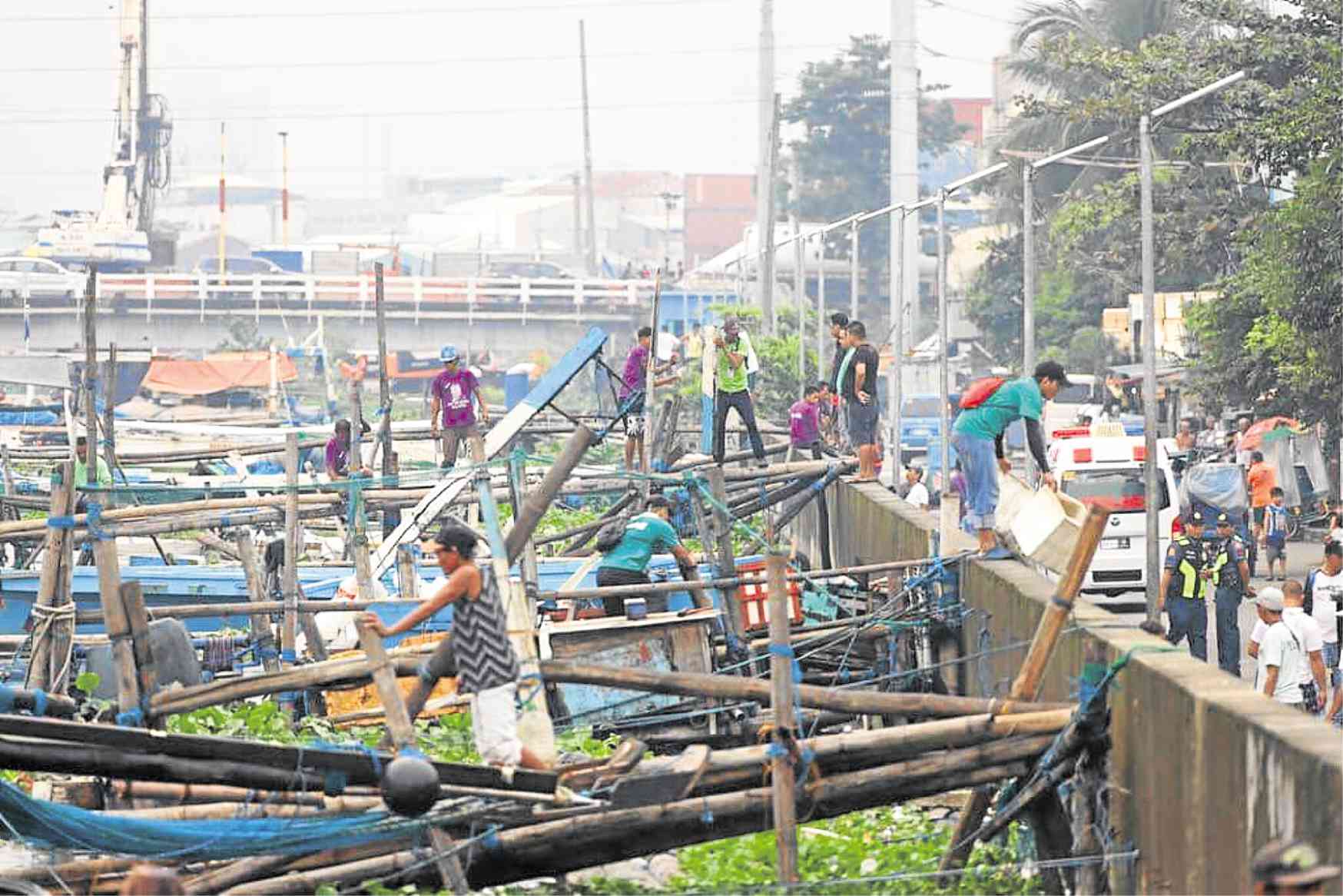 CLEARING OPERATIONS Fishing boats are removed from the stretch of Bangkulasi River between Lapu-Lapu Avenue and C3 Road. —photo courtesy of Navotas PIO

The Navotas City government and the Department of Environment and Natural Resources (DENR) on Tuesday removed boats that were illegally docked on the Bangkulasi River to give way to the rehabilitation of the polluted body of water.

Earlier this month, Environment Secretary Roy Cimatu ordered Navotas officials to clean up the river that was connected to Manila Bay before the end of the year.

According to Cimatu, the cleanup was an “essential part” of the bay’s ongoing rehabilitation.

Removing the fishing vessels was the first step in reducing pollution levels in the river, according to Navotas Mayor Toby Tiangco.

Over 60 boats were removed from the stretch of the waterway from Lapu-Lapu Avenue to C3 Road in Barangay North Bay Boulevard South.

Tiangco said that some boats were moved to the Navotas Fish Port, while others were docked on Navotas River behind city hall.

“We met with fishermen last Friday and some of them requested if they could dock on Navotas-Malabon River, so we agreed,” he told the Inquirer.

According to the DENR, this particular stretch of the river should be prioritized because it had the highest concentration of fecal coliform, a type of bacteria found in human and animal waste.

The local government was tasked to remove the fishing vessels and other debris, including sunken boats and floating houses.

Tiangco said that they had asked the environment department to provide equipment for the dredging which they “could not do on their own.”

Floating houses on Bangkulasi River, which were initially identified as major sources of pollution, were moved to another part of the waterway which was no longer under the jurisdiction of the city.

The DENR earlier warned that it would issue cease-and-desist orders against establishments in Navotas that lacked proper sewerage treatment plants.