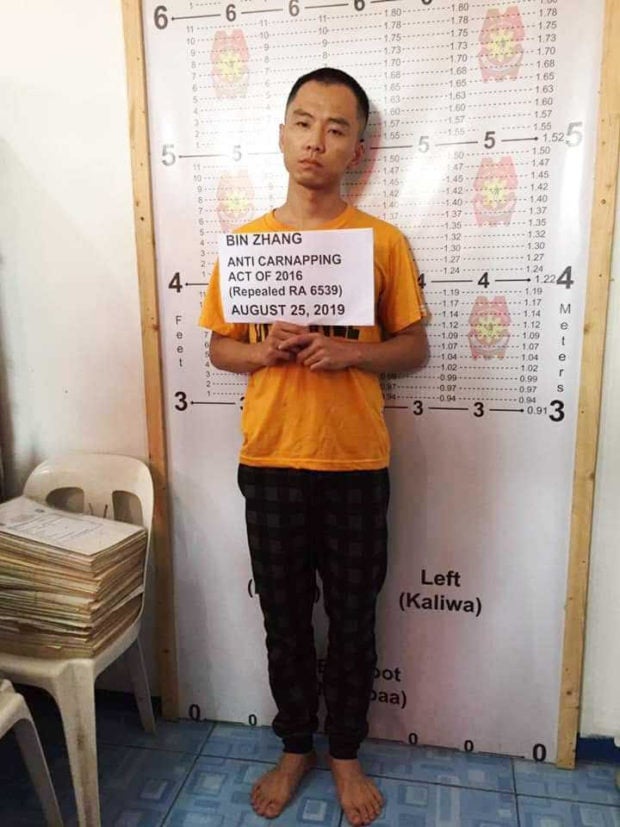 SUBIC BAY FREEPORT –– Authorities here on Sunday arrested a Chinese national after he and a companion allegedly stole a vehicle at knifepoint along the Subic Freeport Expressway (SFEx).

SBMA security officers arrested Zhang at 9:05 p.m. at the vicinity of the Subic Gateway Hub where the stolen vehicle, a white Hyundai Starex was recovered.

Investigators said Zhang could not speak English and his companion, who is yet to be identified, remained at large as of Monday morning.

Complainant George Villanueva, an on-call driver from Kawit, Cavite, said he fetched the two suspects in Ortigas Center in Metro Manila about 3 p.m. on Sunday upon the instruction of his boss, a certain Mr. Wong.

Villanueva said he was told to bring the passengers to Buma Hotel inside this free port.

However, upon reaching the Tipo Gate of the SFEx about 6 p.m., the suspects allegedly poked a cutter knife at him.

Villanueva managed to escape and the suspects immediately drove away.

With the help of the Subic-Clark-Tarlac Expressway patrol, the stolen vehicle was recovered near a bank along the Rizal Highway here.

The suspect was later turned over to policemen in Hermosa, Bataan for proper filing of the case./lzb