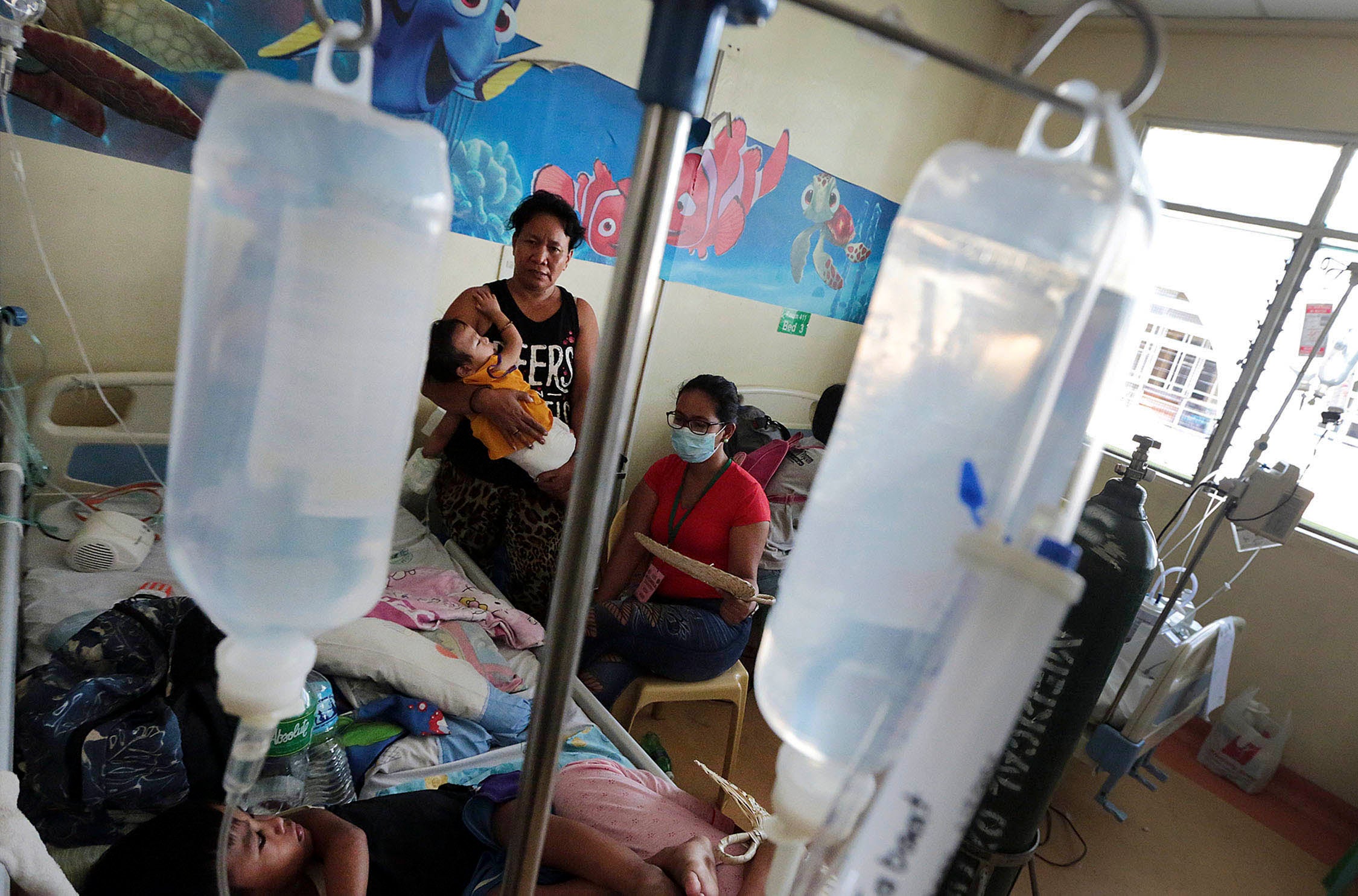 MANILA, Philippines — Fake news about vaccines, along with the Dengvaxia controversy, has taken a heavy toll on babies and toddlers in the country as measles cases have tripled and the number of deaths from the preventable disease has quadrupled over the past seven months, according to health authorities.

Records from the Department of Health (DOH) showed that some 80 percent of the deaths due to measles in the Philippines in the first half of the year were children aged 1 to 4 and infants below 9 months.

Among the regions, Calabarzon (Cavite, Laguna, Batangas, Rizal and Quezon provinces) had the highest incidence as of July 13 with 7,213 cases, or a 1,000-percent increase from just 632 cases in the same period last year. It also recorded the biggest number of fatalities — 123, or an increase of close to 2,000 percent from just six in 2018.

According to the World Health Organization (WHO), the Philippines ranked third worldwide with the highest incidence of measles over a 12-month period up to June this year with 45,847 cases. Madagascar was first with more than 150,000 cases and Ukraine, second with more than 84,300 cases.

In just the first half of the year, the WHO noted that the reported cases worldwide were the “highest” since 2006, “straining health care systems and leading to serious illness, disability and deaths.”

The United Nations agency noted that the largest outbreaks were in countries with low coverage of measles vaccination, leaving large numbers of the population vulnerable to the disease.

“When enough people who are not immune are exposed to measles, it can very quickly spread,” the WHO said.

It pointed out that among the reasons for the low vaccination coverage were the “lack of access to quality health care or vaccination services, misinformation about vaccines and the low awareness about the need to vaccinate.”

To prevent measles from spreading, vaccination coverage in a community should be at 95 percent, according to the WHO.

The DOH said the country’s immunization rate dropped to just 40 percent early this year. It attributed the decline to the public’s fear of vaccines following the controversy surrounding the use of the antidengue vaccine Dengvaxia.

Further complicating the matter is the stand of the Public Attorney’s Office that Dengvaxia had caused the deaths of the children who were inoculated with it, despite medical opinion to the contrary.

While Health Secretary Francisco Duque III said in April that the spread of measles was “under control,” he refused to lift the declaration of an outbreak to prevent the public from slipping into complacency. Nevertheless, the number of cases surged.

Duque noted at the time that the goal of the health department’s supplemental immunization program was for the country to reach a 95 percent coverage rate.

That effort seemed to have paid off as the Epidemiology Bureau’s latest monitoring showed that from July 7 to 13, there were only 175 recorded measles cases, a 47-percent drop from the same period last year.

Overall figures, however, showed that as of July 13, measles cases this year had tripled nationwide to 39,184, including 533 deaths. In the same period last year, there were only 11,833 cases and 103 deaths.

Children aged 1 to 4 and infants below 9 months were the most affected group, comprising half of all cases and 81 percent of all deaths.

The WHO reminded parents to ensure that their children’s vaccinations were up-to-date and that they had received two doses, which were “needed to protect against the disease.”

Dengvaxia maker Sanofi Pasteur has launched a web portal, Your Voice, where the public could ask questions on health and vaccines.

“All this misunderstanding, misinformation, confusion. We saw the direct impact—a drop in the vaccination coverage, and as a consequence we faced a massive measles outbreak. A lot of kids were hospitalized, died from a vaccine-preventable disease,” said Jean-Antoine Zinsou, general manager of Sanofi Pasteur Philippines.

“It’s very important to have this [conversation]. Because you have to convince people of the value of vaccines. And you can only convince them when you discuss with them, address their concerns the way they understand or misunderstand a situation,” he added.