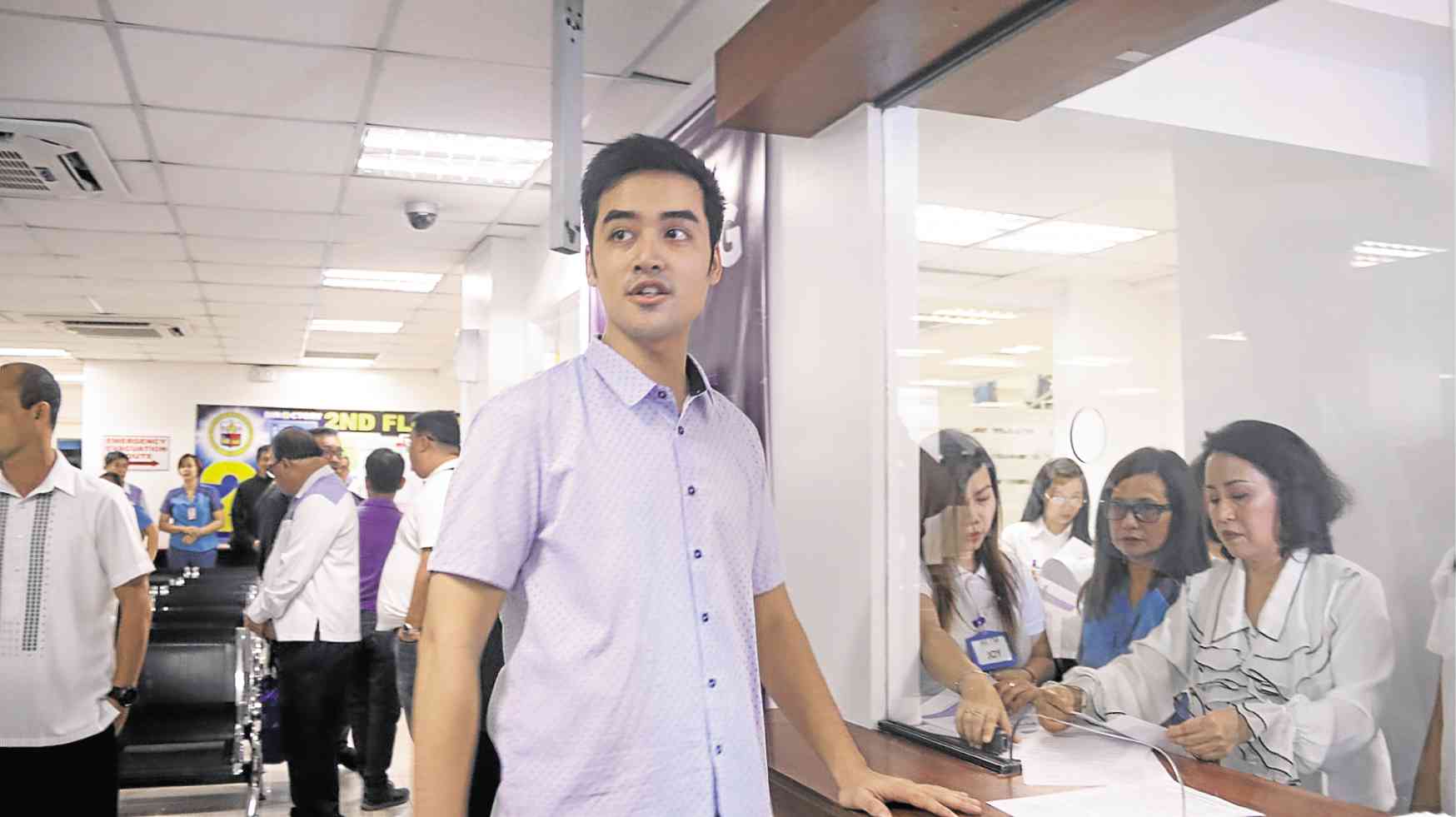 MANILA, Philippines — Pasig City Mayor Vico Sotto has urged the public to stop treating politicians like celebrities after an offhand joke he made during an interview about accepting applications from women who wanted to be his girlfriend went viral.

“It is definitely not newsworthy,” the 30-year-old mayor tweeted on Tuesday night. “If I knew it would get this much attention, I just wouldn’t have answered.”

Sotto, son of entertainment industry titans Vic Sotto and Coney Reyes, has been a consistent — if improbable — crusader against the hazy lines between politics and show business in the country.

While campaigning for the mayoralty this year, he refused to exploit his show biz ties, shunning comedy routines and song-and-dance numbers that had long been a mainstay at political rallies.

“As politicians, we shouldn’t underestimate the Filipino voter,” Sotto had told the Inquirer after his landslide win against then incumbent Mayor Robert Eusebio. “I refused to make it a show. It was really about the message.”

His late-night tweet made it clear that, more than a month into the job, his calculus remained the same.

“I made this joke during an interview to change the topic,” Sotto said, referring to his remarks to a TV news anchor that he had no current partner but was “accepting applicants.”

“If we want better governance, we should stop treating our government officials like show biz personalities,” he added.

Despite being born into a family of celebrities, Sotto has long had a complicated relationship with the limelight. As a child, he would cry whenever his mother, Reyes, asked him to appear on his father’s variety show “Eat Bulaga.”

He also cut a low-key profile during his three years as Pasig City councilor, and avoided leaning into his parents’ star power during his longshot campaign, initially to the chagrin of some of his advisers.

Sotto’s call for the media and public at large to distinguish politicians from entertainers came even as a large number of former actors and comedians, including his uncle, Senate President Vicente Sotto III, continue to occupy local and national posts.

Many of them, including incumbent Senators Lito Lapid and Manny Pacquiao, have chosen to continue their careers even after being elected into office.