Signal No. 1 up in 15 provinces as ‘Jenny’ nears Luzon

BREAKING: Signal No. 1 up in 15 provinces as ‘Jenny’ nears Luzon 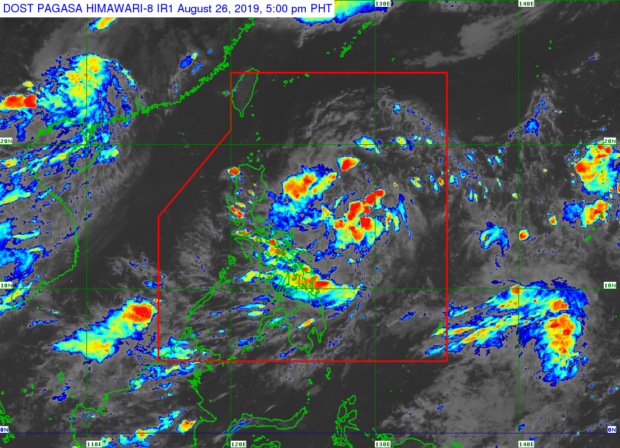 Jenny was moving northwest at a speed of 25 kilometers per hour (kph) with maximum sustained winds of 45 kph near the center and gustiness of up to 55 kph.

According to Pagasa, Jenny is likely to hit land in the Northern Luzon area within the next 48 hours before it exits the Philippine area of responsibility by Thursday.

The latest weather disturbance is expected to bring light to moderate rains with intermittent heavy rains over Caraga, Eastern Visayas, and Bicol Region between Monday afternoon and Tuesday, Pagasa said.

“Residents in the aforementioned areas, especially those living in areas identified to be highly or very highly susceptible to floods and rain-induced landslides, are advised to take precautionary measures, coordinate with local disaster risk reduction and management offices, and continue monitoring for updates, especially the Thunderstorm Advisories and Heavy Rainfall Warnings to be issued by PAGASA Regional Services Divisions,” Pagasa said in its 5 p.m. advisory. /kga