EU, Germany back call to discuss Amazon fires at G-7 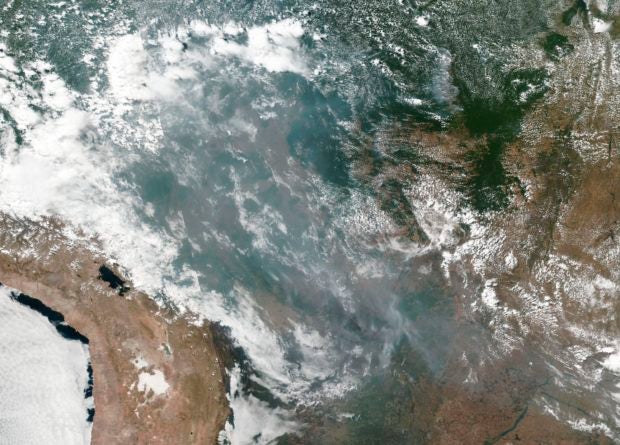 This satellite image provided by NASA shows the fires in Brazil on Aug. 20, 2019. As fires raged in the Amazon rainforest, the Brazilian government on Thursday denounced international critics who say President Jair Bolsonaro is not doing. (NASA via AP)

BIARRITZ, France — The European Union and Germany are backing French President Emmanuel Macron’s call to put the Amazon fires on the agenda of this weekend’s G-7 summit of world leaders in France.

European Commission spokeswoman Mina Andreeva said Friday that “the commission is deeply worried. The Amazon is the world’s largest rainforest and contains one-tenth of the world’s species.”

She said the bloc stands ready to help, and can notably offer the use of its satellite system to Brazil and Bolivia.

Andreeva said the EU’s trade agreement with the Mercosur countries of South America, including Brazil, obliges them to respect the Paris climate change agreement and uphold environmental standards.