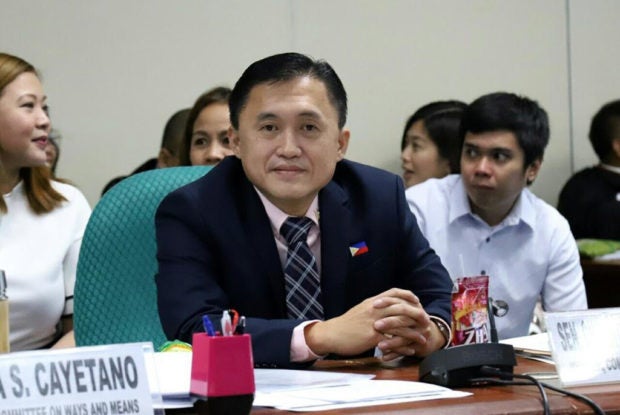 MANILA, Philippines — “If they want to investigate this, I have no objection.”

Go said the centers were established to help the public, noting that authorities are welcome to observe their operations.

During the House hearing on the PCSO’s 2020 budget, Lagman earlier questioned the PCSO’s legal basis for funding the Malasakit centers, which he called a “partisan tool rather than a medical outlet.”

Malasakit Centers is a project of Go, former top aide of President Rodrigo Duterte, which puts up one-stop shops to hasten the delivery of free medical services to indigent patients.

Go also defended his project, stressing that the Malasakit Center in Albay was successful and is now rendering assistance to Bicolanos.

The newbie senator also assured Lagman that the centers offer medical assistance for all the poor Filipinos. He also asked not to deny Malasakit Centers of their service to Filipinos.

Go explained that there are “no partisan or political considerations” in the Malasakit Centers when helping the poor.

Go noted that “PCSO is just one of the agencies in the Malasakit Center providing medical assistance.”

The Department of Health, Department of Social Welfare and Development, Philippine Health Insurance Corp. (PhilHealth), PCSO and Malasakit Center “become the processing center or the one-stop shop found in public hospitals so that patients do not need to waste their time lining up in different government agencies just to seek help.”

The senator also clarified that PCSO did not provide funds for Malasakit Centers as all government agencies have their own medical assistance programs and separate funds “even if they are part of the Malasakit Center.”

The centers are a “streamlining mechanism” to fast track the rendered medical and financial service for indigent patients, Go said.

Go also noted that the government agencies such as PCSO are mandated to assess the needed financial assistance to the patients.