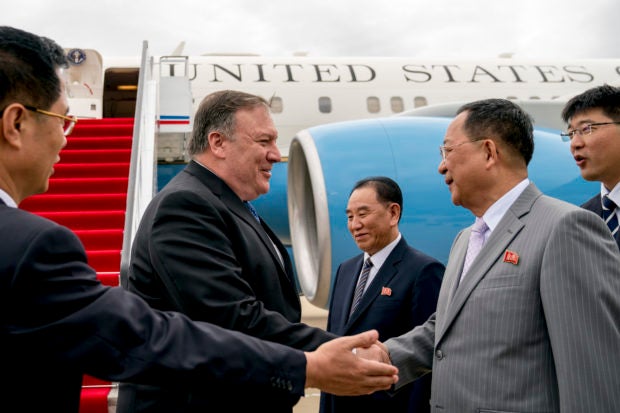 Foreign Minister Ri Yong Ho made the insult to protest Pompeo’s comments in a media interview that Washington will maintain crippling sanctions on North Korea unless it denuclearizes.

Ri likely referred to comments by Pompeo during an interview with the Washington Examiner earlier this week. During the interview, Pompeo said that the U.S. will “continue to keep on the sanctions that are the toughest in all of history and continue to work towards convincing Chairman Kim (Jong Un) and the North Korean leaders that the right thing to do is for them to denuclearize.”

Earlier this week, the top U.S. envoy on North Korea, Stephen Biegun, said Washington is ready to resume nuclear diplomacy with North Korea. Biegun was speaking a day after the U.S. and South Korean militaries ended their regular drills that North Korea calls an invasion rehearsal.