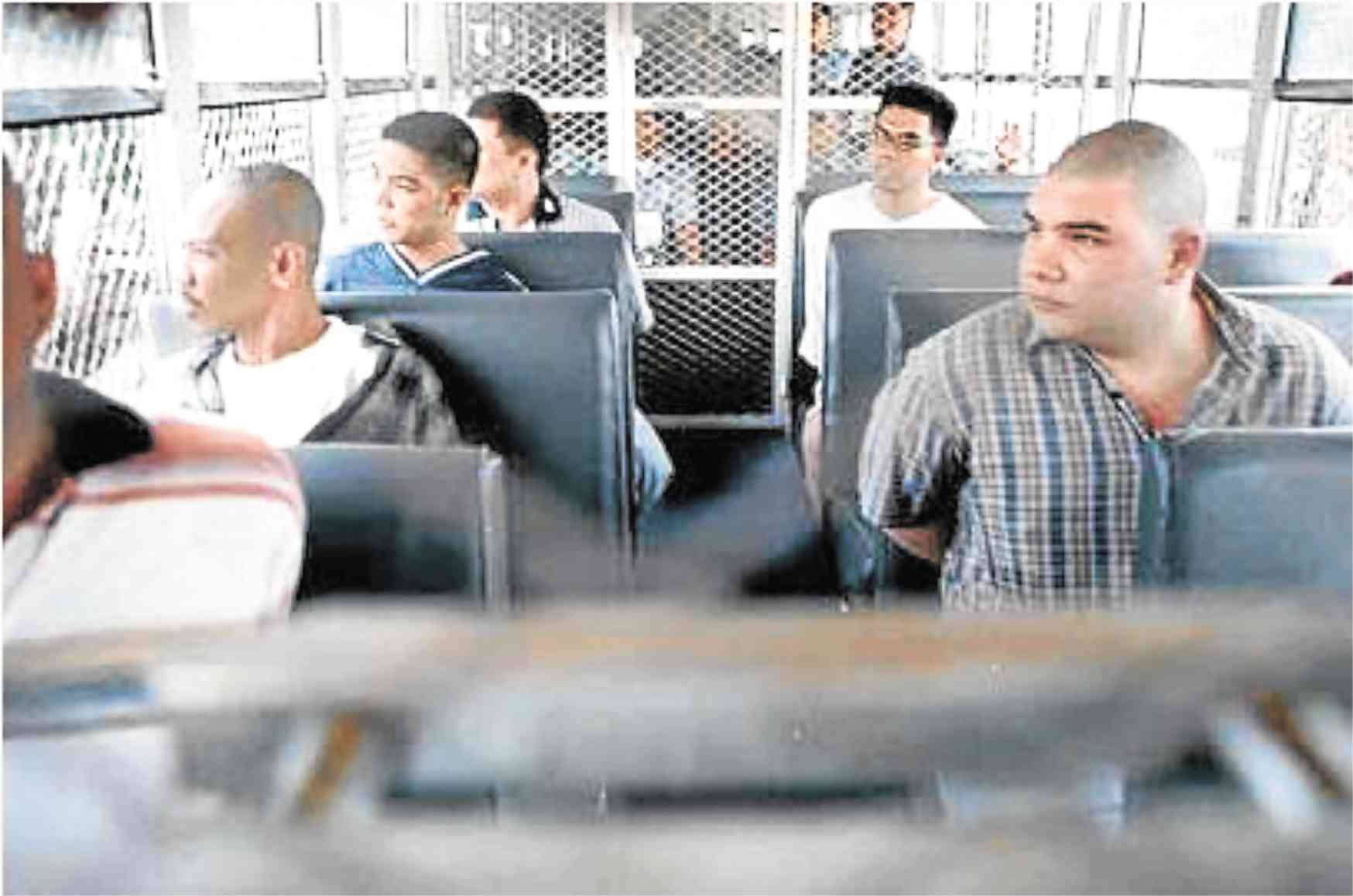 BOYS ON THE BUS Francisco “Paco” Larrañaga (first from the right) and the other men convicted of abducting, raping and killing the Chiong sisters being transferred to the New Bilibid Prison on May 15, 1999—CEBU DAILY NEWS

MANILA, Philippines — Even Francisco Juan “Paco” Larrañaga and six others who were convicted for the abduction and rape of sisters Marijoy and Jacqueline Chiong in Cebu in 1997 can also benefit from the adjusted good conduct time allowance (GCTA).

Larrañaga is serving his prison sentence in Spain through the Transfer of Sentence Agreement because of his dual citizenship.

“Yung pinaguusapan ay kung saan maiimprison yung person. So, in this case meron tayong agreement with Spain kaya doon sya pero yung substantive law that will govern is still the Philippine law. So, in my opinion, he will still benefit [from the increased GCTA] because he was tried, prosecuted and sentenced under Philippine laws,” Justice Secretary Menardo Guevarra told reporters.

The Justice Chief said the other six co-accused of Larrañaga also could benefit from the new GCTA rule.

“As long as they are eligible, they will benefit from what is written under the law,” said Guevarra.

Guevarra said it does not matter if the inmate is high profile or not, as long as they will qualify, their GCTAs will be computed.  /muf