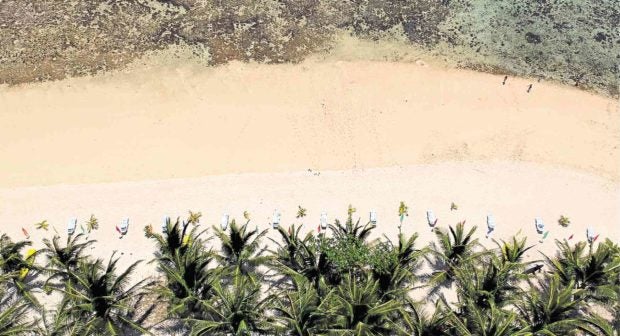 SIARGAO FUN Beachgoers and surfers, both professionals and beginners, flock to Siargao Island. Among the popular destinations is the town of Del Carmen, where resorts are available to accommodate tourists. —ERWIN MASCARIÑAS

CANTILAN, SURIGAO DEL SUR—The government has started a crackdown on illegal structures on the beaches of Siargao Island, a booming tourist destination in Surigao del Norte province, taking off from lessons in the environmental rehabilitation of world-famous Boracay Island in Aklan province.

Environment Secretary Roy Cimatu and Interior Secretary Eduardo Año were in General Luna, Surigao del Norte, this week to oversee the launch of the campaign to rid Siargao’s beaches of illegally built structures and free up the intended easement of at least 20 meters from the shore.

Cimatu gave assurance, however, that there were no plans to close Siargao from tourists for now, but that the Department of Environment and Natural Resources (DENR) was tasked with strictly implementing all environmental laws.

Tourist arrivals in Siargao have been steadily increasing in recent years, driving a boom in the construction of resorts. Surfers and beachgoers comprise the bulk of the visitors.

Together with personnel of the DENR, the Department of the Interior and Local Government (DILG) and the local government of General Luna, Cimatu and Año led the demolition of the function hall of Cabontug Resort, which is owned and operated by the municipal government.

Cimatu warned business operators and resort owners of closure if they would defy the order. 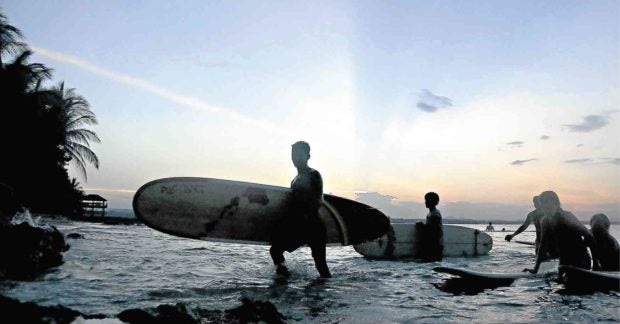 The violators were given two months to demolish the illegal structures following the issuance of the notices of violation, Alicer said.

He advised the provincial government to act on effluents discharged by households directly to the sea.

“I saw about 600 families living within and near the waters, so when they use their comfort rooms, [the waste] will go directly to the water. It is [unsightly] for a tourist destination,” Cimatu said.

Año said the DENR, the DILG and other government agencies were helping fix Siargao’s problems to prevent the island’s environmental degradation, as what happened to Boracay.

Last year, the government barred tourists from staying in Boracay for six months to pave the way for its rehabilitation after President Duterte publicly lamented that the resort island had turned into a “cesspool.”

Boracay was reopened on Oct. 26 last year, but the government had yet to complete road construction and drainage repair in other parts of the island.

“We are not here to close Siargao but to make it sustainable for everyone,” Año said.