CHARLESTON, W.Va.  – A lawsuit accusing the former bishop of West Virginia’s Roman Catholic diocese of molesting boys and men has been settled. 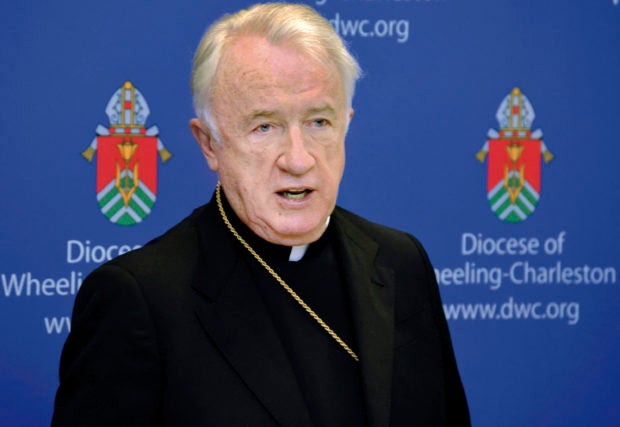 The terms of the recent settlement are confidential, Wheeling-Charleston Diocese spokesman Tim Bishop said in a statement. The diocese declined further comment.

A former personal altar server sued ex-Bishop Michael Bransfield and the diocese in March, saying he was sexually assaulted in 2014 and harassed for years prior.

The filing asserted Bransfield would consume at least half a bottle of liqueur nightly and had drunkenly assaulted or harassed seminarians.

Coming on the heels of a new wave of sex abuse allegations in the U.S., the Bransfield scandal added to the credibility crisis in the U.S. hierarchy.

Several top churchmen received tens of thousands of dollars in church-funded personal gifts from Bransfield during his tenure in Wheeling-Charleston, which covers the entirety of one of the poorest U.S. states.

The Survivors Network of those Abused by Priests, known as SNAP, said in a statement Wednesday it hopes the settlement encourages other clergy abuse victims to come forward.

While acknowledging the plaintiff’s need for privacy, SNAP urged the Catholic church to share “as much information about these crimes as they can.

Only when abusers are exposed and those who enabled the abuse are identified and disciplined can we be confident that future cases will be prevented rather than covered-up.”

Bransfield resigned in September 2018 amid allegations of sexual and financial misconduct. His replacement, Baltimore Auxiliary Bishop Mark Brennan, is set to be installed Thursday in Wheeling.

In the past year, the diocese released the names of 40 priests or deacons credibly accused of sexual misconduct since the 1950s. Bransfield wasn’t included.

Last month, Pope Francis barred Bransfield from public ministry and prohibited him from living in the diocese, while warning that he will be forced to make amends “for some of the harm he caused.” Brennan, 72, will now help decide the extent of those reparations as he seeks to restore trust among the Catholic faithful.

The findings, first reported by The Washington Post, determined Bransfield had spent church funds on dining out, liquor, personal travel and luxury items, as well as personal gifts to fellow bishops and cardinals in the U.S. and Vatican.

Lori has said that Bransfield was able to get away with his behavior for so long because he created a “culture of fear of retaliation and retribution” that weakened normal checks and balances in the diocese.

The diocese’s vicars have all resigned and been reassigned to parish work, and Lori recently announced new auditing and other measures to ensure church funds are properly administered.

Bransfield had been investigated for an alleged groping incident in 2007 and was implicated in court testimony in 2012 in an infamous Philadelphia priestly sex abuse case.

He strongly denied ever abusing anyone and the diocese said it had disproved the claims. He continued with his ministry until he offered to retire, as required, when he turned 75 last year. /gsg