Carlos Nazareno of Ateneo de Manila University, Dominic Ligot of De La Salle University and Nikko Torcita of the University of the Philippines – Diliman bagged the gold prize at the “Break the Fake Hackathon” in Manila last August 17 after creating a network graph “to track purveyors of disinformation by mapping out the relationships of fake news websites with each other.” 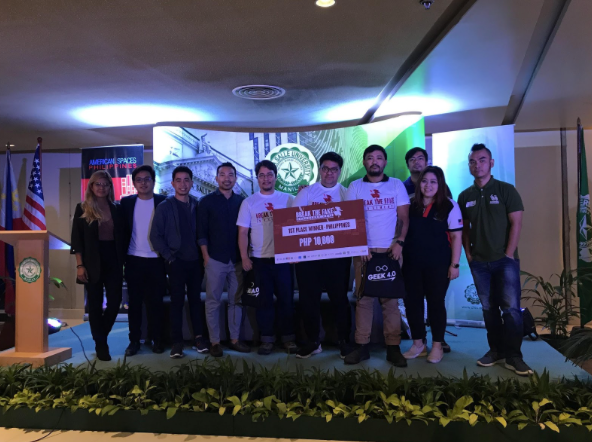 Competing teams were given five minutes to present their work and three minutes to answer questions from the competition’s judges.

“The network graph proposed by Team Troglodyte is truly innovative. By mapping out the web of fake news sites – which have figurative and literal links to one another – we can also begin to separate these sources from legitimate outlets and publications. Separating the two will undoubtedly lift the quality of public discourse,” said Sofia Galve, a co-founder of Ambidextr, one of the partners for Break The Fake Movement.

Break the Fake Movement, a group started by independent youth leaders and professionals in Manila in a move to engage the public, especially the youth, through technology-driven media literacy events to combat fake news, organized the event.

Before the Manila leg of the contest, two others were held in Jakarta, Indonesia in June and Kuala Lumpur, Malaysia in July.

“Fake news is one of the most pressing issues facing the world today. It will take the ingenuity of our youth, combined with the power of technology, to put an end to this trend. We wanted to give them a forum to realize their solutions and mobilize them into action,” said Gabriel Billones Jr, the lead organizer of Break the Fake Movement.

The Grand Hackathon will be held on the second week of September in Manila.

The contestants are also given the opportunity to present their creations before potential investors, and get mentorship from local entrepreneurs and professionals, among others. /gsg