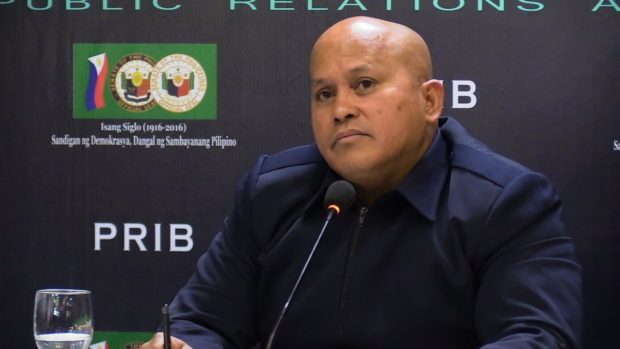 Dela Rosa said this following reports that Sanchez, who was convicted for the rape and murder Eileen Sarmenta and the murder of Alan Gomez, both students of the University of the Philippines Los Baños, might be released soon for good conduct.

“[If] it is determined by the Board of Pardons and Parole that he deserves that commutation, then why not? He deserves a second chance in life,” Dela Rosa said in an interview over ANC.

Dela Rosa added that, when he BuCor chief, he did not receive any “adverse or derogatory” reports against the former mayor.

Sanchez is one of the more that 10,000 inmates that may benefit from Republic Act No. 10592, which increased the Good Conduct Time Allowance (GCTA) given to inmates.

“After three to five years of serving his sentence and he has no offense committed inside one incarceration and has shown good conduct… he’s given at least 20 days of GCTA per month so bali credited ito this is credited sa kanyang sentence,” Dela Rosa explained.

Dela Rosa said that the public would be allowed to check and scrutinize inmates’ individual records, which also includes the offenses they incurred while serving their sentence.

His bodyguards reportedly gave Sarmenta as a gift to Sanchez, with witnesses claiming that he and his guards gang-raped her.

The guards, meanwhile, beat up Gomez before shooting him to death.

Read Next
Danish royal palace ‘surprised’ by Trump canceling trip
EDITORS' PICK
Metro Manila to remain under COVID Alert Level 2 until December 15
IATF tightens border control, suspends entry of fully vaxxed nationals from ‘green’ countries
Villar Group gears up for AllValue Shopping Party on Dec. 3; around P 1-million promos and discounts up for grabs
Duterte open to making jabs mandatory; Cabinet mulls ‘pressuring’ the unvaccinated
Legarda: Ending Violence Against Women, a cause for all
A delightful blessing!
MOST READ
Quiboloy warns of ‘much worse than Omicron virus’ if his ‘persecution’ is not stopped
Omicron poses ‘very high’ global risk, countries must prepare–WHO
Marcoleta defends pol ads on ABS-CBN
Bongbong Marcos’ conviction in tax case not a crime involving moral turpitude — lawyer
Don't miss out on the latest news and information.