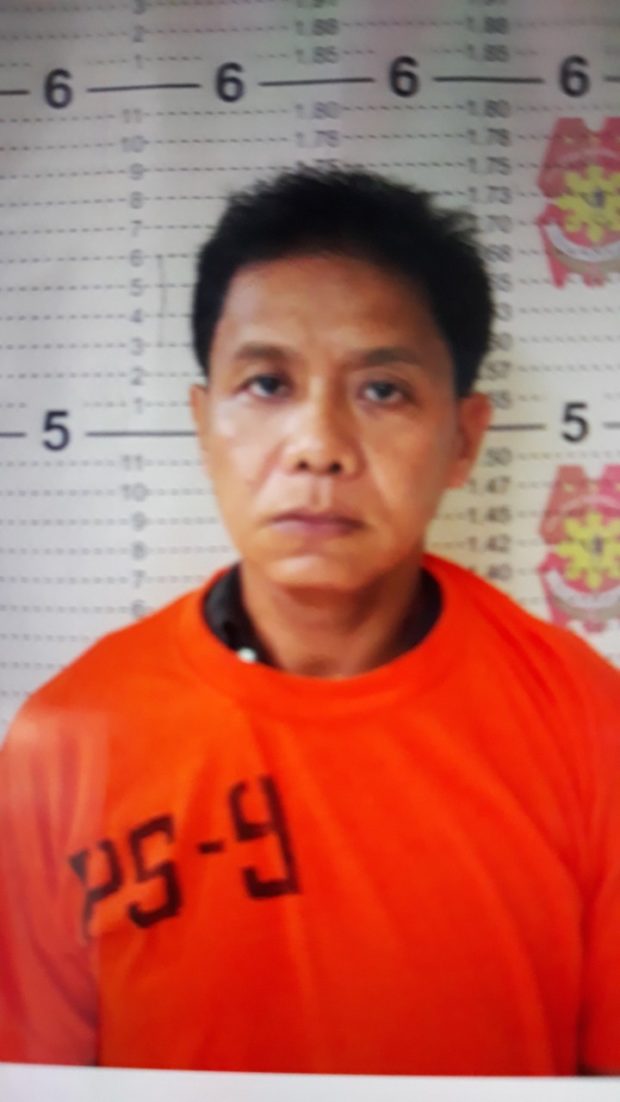 Michael Patrick Gulapa, 48, also called “Tatay,” gets a mugshot when he was taken under police custody for alleged trafficking, child abuse and sexual harassment of three 12-year-old boys. Photo from QCPD PIO

MANILA, Philippines — His alias may be “Tatay” but, according to police complaints, it appears he’s nowhere near the image of a good and responsible father.

This after suspect Michael Patrick Gulapa, 48, also called “Tatay,” was taken under police custody in the afternoon on Tuesday for alleged child trafficking, child abuse and sexual harassment he allegedly committed against three 12-year-old boys in Pampanga City.

According to Quezon City Police District (QCPD), the boys were last spotted along Maginhawa Street, Barangay Teachers Village East at about 6 p.m. on July 8.

Based on the police report, one of the boys contacted his sister through social media on Aug. 3 and reported that he and other victims were in Binondo, Manila. After a day, he contacted his sister again and told her that they were in V. Luna Street in Quezon City with a man called “Tatay.”

Authorities, however, did not find the minors in both locations while police stations in the National Capital Region and nearby provinces were alerted to help track down the victims.

Reports added that on Monday night, the minors were dropped off by the suspect along C.P. Garcia Avenue near Sarha, Barangay Kruz na Ligas.

On Tuesday, the boys, along with their parents, appeared before the police station and reported to police that the suspect brought them in Pampanga, which led authorities to conduct a manhunt operation.

Elements of the Quezon City police station-9, Pampanga Police Provincial Office, Police Regional Office-3 then accosted the suspect at his house in Barangay Saguin in Pampanga City at around 3:15 p.m.

Police then presented the suspect to the minors who positively identified him as the person who detained them and used them for sexual slavery.

The minors are now unde the custody of their parents and will undertake counseling at the Quezon City Social Services Development office.

Gulapa was taken to QCPD headquarters to face charges of violations of Special Protection of Children Against Abuse, Exploitation and Discrimination Act and Anti-Rape Law of 1997 before the Quezon City Prosecutor’s Office. /jpv