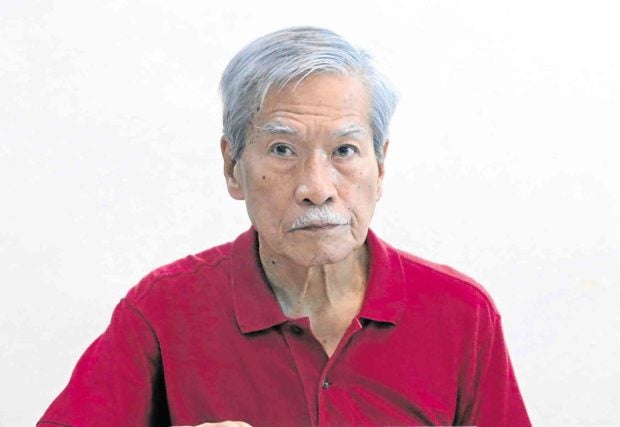 MANILA, Philippines — A Manila judge has denied the motion filed by state prosecutors seeking former Bayan Muna Rep. Satur Ocampo’s return to jail for supposedly breaking the conditions set by the Supreme Court when it granted him bail over 12 years ago.

In a four-page order issued on Monday, Judge Thelma Bunyi-Medina of the Manila Regional Trial Court (RTC) Branch 32 said she found no basis to have Ocampo rearrested.

Medina is currently hearing multiple murder charges against Ocampo and other alleged Red leaders for their supposed involvement in the communist purge during the 1980s, which culminated in the discovery of a mass grave in Inopacan, Leyte.

The journalist-cum-activist was released after the high tribunal allowed him to post bail of P100,000 in April 2007.

State prosecutors earlier argued that Ocampo violated the provisions of his bail when he was charged with trafficking in November 2018, following his arrest, along with ACT Teachers Rep. France Castro, for reportedly kidnapping and transporting minors in Tagum, Davao del Norte.

“Instead of making good use of his provisional liberty, accused Ocampo chose to betray the trust of the authority which granted him his temporary freedom by involving himself in another unlawful activity. This renders him unworthy of the temporary liberty granted to him,” they said in their motion.

But Medina noted that the Supreme Court decision to grant Ocampo bail was not hinged on any condition, “except that its effectivity is until the termination of the proceedings in this case.”

“While the court is cognizant that such condition is without prejudice to any order of arrest that may be issued by another court, the latter instance is not obtaining herein,” she said.

Medina pointed out that the Tagum RTC hearing the trafficking charges against Ocampo did not issue a warrant of arrest against him.

“At any rate, any issuance of an order or arrest warrant by said court is outside this court’s ambit and jurisdiction under the doctrine of judicial stability or noninterference in the regular orders or judgments of a coequal court,” she said.