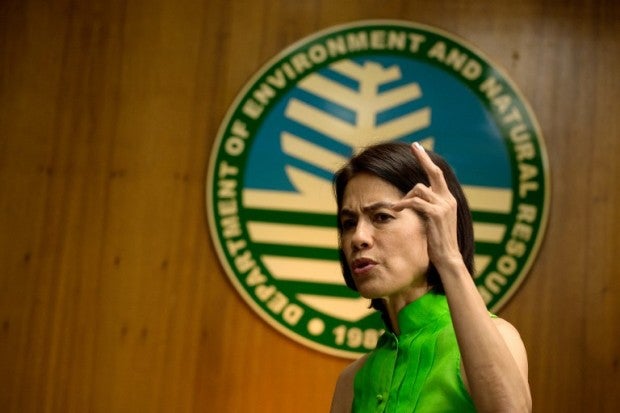 “Gina was the pillar of strength that pushed ABS-CBN Foundation Inc. (AFI) to achieve what seemed to be impossible. Her caring heart and selfless kind of love inspired people within and beyond the organization to help and serve others,” ABS-CBN said in a statement posted on its news website.

According to the announcement, Lopez succumbed to brain cancer.

“While we mourn with Gina’s family and loved ones, we also pray that her legacy continues to live on in the heart of every Kapamilya she had touched in her lifetime,” the ABS-CBN statement said.

“We will never forget her and will continue to honor her remarkable contributions not only to ABS-CBN, but the entire nation.”

“Thank you Gina, for showing us how it is to live in the service of the Filipino. When she was the secretary of the Department of Environment and Natural Resources, Lopez introduced reforms in the agency and made some contentious decisions,” it added.

In February 2017, Lopez ordered 23 mines shut and five others suspended. She also canceled 75 contracts for mining projects located in watersheds.

But her stint at the DENR was short-lived.

In May 2017, the Commission on Appointments voted 16-8 through secret balloting to end her 10-month tenure, during which she nearly shut the mining industry of the Philippines, the world’s biggest exporter of nickel.

“Today, we lost not just a family member but a person we deeply admire and respect. My cousin Gina Lopez, chairman of ABS-CBN Foundation, lived her life with overflowing love and passion to serve,” the former environment chief’s cousin and ABS-CBN Chairman, Mark Lopez, said in a separate statement.

“At an age when people are just figuring out what they want to do in life, she already knew her purpose. She left a comfortable life to devote her time and energy to help uplift other people’s lives,” he added.

Lopez also described his cousin as someone “who believed love to be the strongest force for change.”

“May it be to rescue victims of child abuse, save a watershed, stop the destruction of the environment, clean a river, or help communities stand on their own by turning them into eco-tourism sites,” he said.

“All of these she did out of love, and with love, as she believed love to be the strongest force for change.”

Meanwhile, the ABS-CBN Foundation, which Lopez served as its chairman, described the environmentalist as “a champion for the environment, child protection, and the disadvantaged.”

The said project became the United Nations Grand Awardee for Excellence in 1997, besting 187 countries all over the world.

She also founded the program Bantay Kalikasan which advocates for environmental protection.

“She exemplified a life of service to humanity with a deep desire to improve people’s lives, rallied for social justice, and sought to bring hope and change to poor communities,” ABS-CBN Foundation said.

ABS-CBN Foundation said Lopez’ family has requested that donations be made to the foundation in lieu of flowers and Mass cards. /gsg