‘Day of Mourning’ for Negros victims 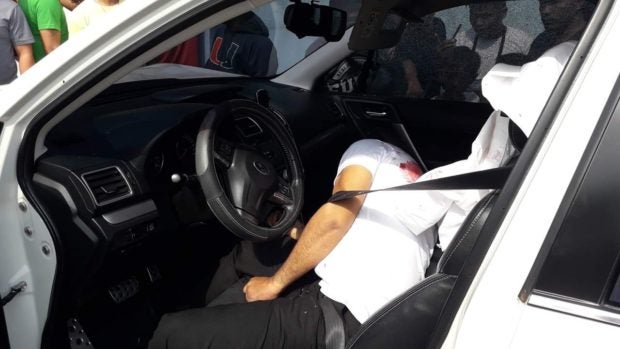 ILOILO CITY, Iloilo, Philippines — Farmers’ groups, led by Kilusang Magbubukid ng Pilipinas, will hold a “National Day of Mourning” on Aug. 20 in a bid to stop the killings of activists in the country.

The groups will stage protest actions in several parts of the country, including Metro Manila, to protest what they described as “state-sponsored attacks” on farmers and rights advocates.

A concelebrated Mass for victims will be held at the Sta. Cruz Church in Manila at 2 p.m. followed by a rally at Mendiola Bridge to be attended by victims’ families.

Farmers and other sectors from Southern Tagalog will start the protests on Aug.19 in Laguna, followed by protests in front of Camp Crame, Camp Aguinaldo and the Department of the Interior and Local Government, all in Quezon City.

In the Visayas, protest actions will include a rally at the Fountain of Justice in Bacolod City, march from Fuente Osmeña to Metro Colon in Cebu City, a rally in front of the Jaro Cathedral in Iloilo City and at the University of the Philippines Visayas campus in Miagao town in Iloilo.

Delia Isugan, who lost her son Jesus in a supposed police operation in Guihulngan City in Negros Oriental, will be among the family members who will be attending the activities in Metro Manila.

“Please help stop the killings and help us find justice for my son and other victims,” she told the Inquirer.

Isugan’s 27-year-old son was among the six farmers gunned down in Guihulngan City on Dec. 27, 2018, by policemen in what the police said was a coordinated operation to serve
arrest warrants.

Isugan will be among the families of those killed who are demanding an end to the killings in Negros Island and justice for at least 87 civilians killed in the island since January 2017.

They will also be demanding for the withdrawal of President Rodrigo Duterte’s Executive Order No. 70, which created a national task force to end the local communist insurgency, and Memorandum Order No. 32, which initiated a deadly anti-insurgency operation in the Bicol region and the provinces of Negros Occidental, Negros Oriental and Samar.

But the families of those killed and human rights advocates have complained that the presidential orders only sparked in Negros Oriental a spate of killings of those suspected of being communist rebels or their sympathizers.