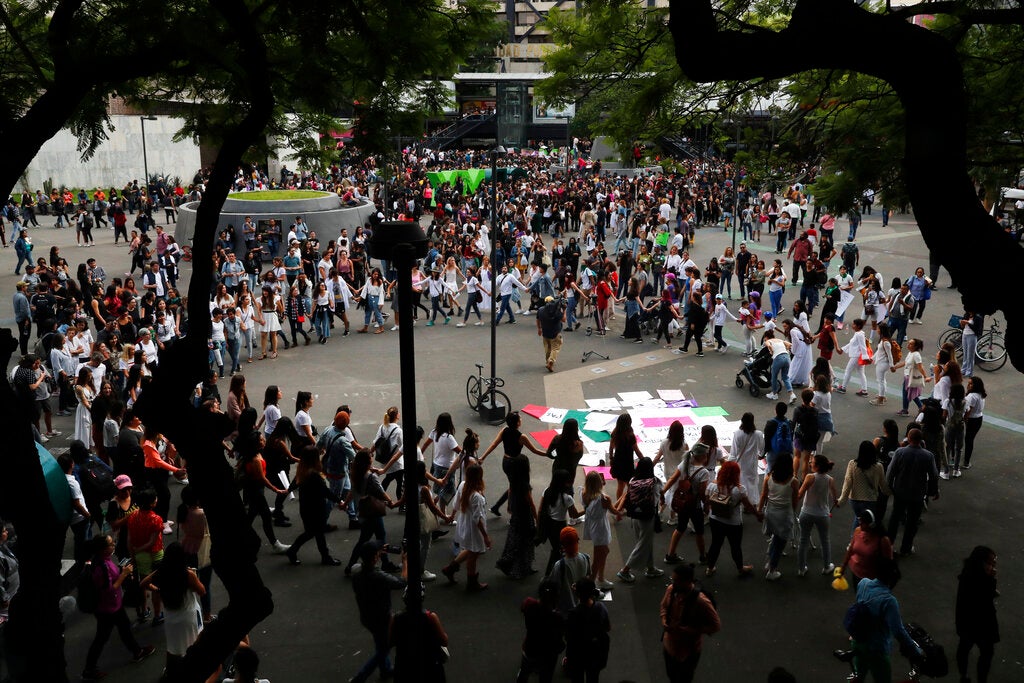 Women stand in a circle during a protest demanding justice and for their safety, sparked by two recent alleged rapes by police, in Mexico City, Friday, Aug. 16, 2019. (AP)

MEXICO CITY  — Hundreds of women are protesting in Mexico City after a string of alleged sexual attacks by police officers.

The demonstrations have become known as the “glitter protests” after marchers earlier this week doused the city’s police chief in pink glitter.

On Friday, hundreds of women demonstrated largely peacefully in downtown Mexico City with pink spray paint and smoke. But some protesters trashed a bus station.

This week, an auxiliary policeman was held for trial on charges he raped a young female employee at a city museum.

In another case, city prosecutors have said there are inconsistencies in a claim made against several police officers by a woman who alleged they raped her earlier this month in a patrol car.