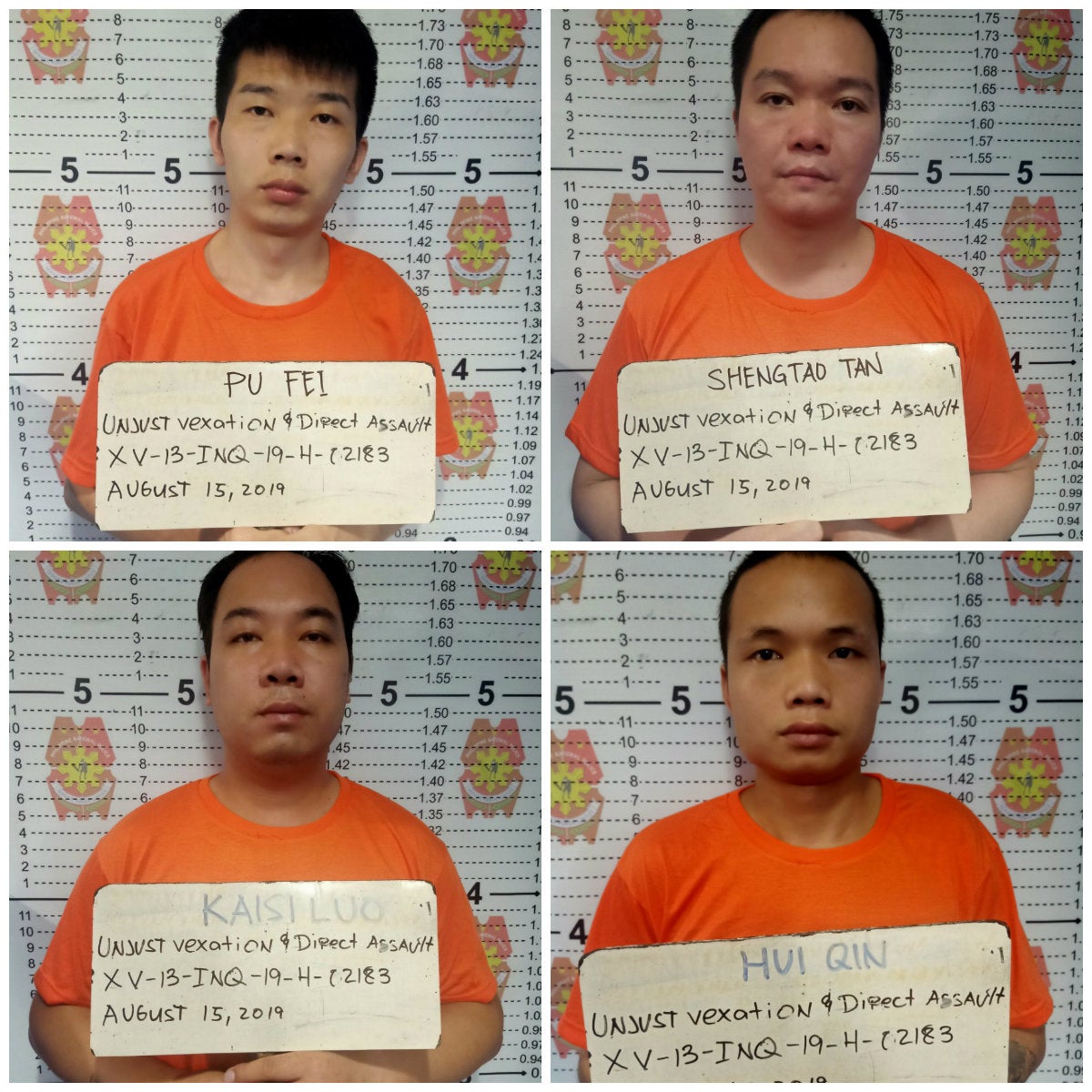 MANILA, Philippines — Four Chinese nationals were apprehended after kidnapping their compatriot who failed to pay his debt inside a casino resort in Pasay City on Thursday night, police said Friday.

A report from Pasay City police station identified the suspects as Hui Qin, 29; Shengtao Tan, 40; Kaisi Luo, 36; and Pu Fei, 29. Police said the suspects are all tourists in the Philippines.

Initial investigation showed the victim Samuel Chang, 26, was illegally detained by the four suspects after failing to pay his debt worth P300,000.

Chang then asked assistance from a roving waitress who prompted security guards to rescue him and apprehend the suspects.