Sotto on ‘straight’ sharing toilets with LGBT: Get a reality check first 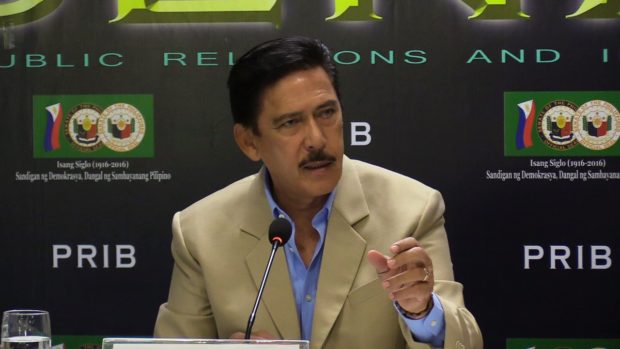 MANILA,  Philippines — Those proposing that members of the LGBTQIA+ community be allowed to share toilets with straight people must have a reality check first.

Senate President  Vicente “Tito” Sotto III gave this unsolicited advice on Friday  as the arrest of transgender woman Gretchen Diez sparked debate whether they should be allowed to use women’s toilets.

“I am all for respecting rights. But how about the sensitivities of women who are uncomfortable with transgenders using women’s restrooms; or straight men donning women’s clothes,” Sotto said in a Viber message to reporters.

“Restrooms are biology based. Lesbians cannot stand in a male only urinals.  Konting reality check naman,” he added.

Diez was arrested for unjust vexation when she took a video while she was being denied entry in a women’s toilet at a mall in Quezon City early this week.

To avoid a similar incident, some sectors are proposing the establishment of a third toilet exclusive for the LGBTQIA+ community.

Sotto has no objections to the proposal but said it might be difficult.

“3rd CR for LGBT? Maybe, but difficult to do everywhere,” he said though he noted that the gays, and not the lesbians, seemed to have the only ones with an issue as far as toilets are concerned

“The next problem will be the women who will complain if no 3rd CRs are available. They are starting to complain now,”  Sotto added. /jpv