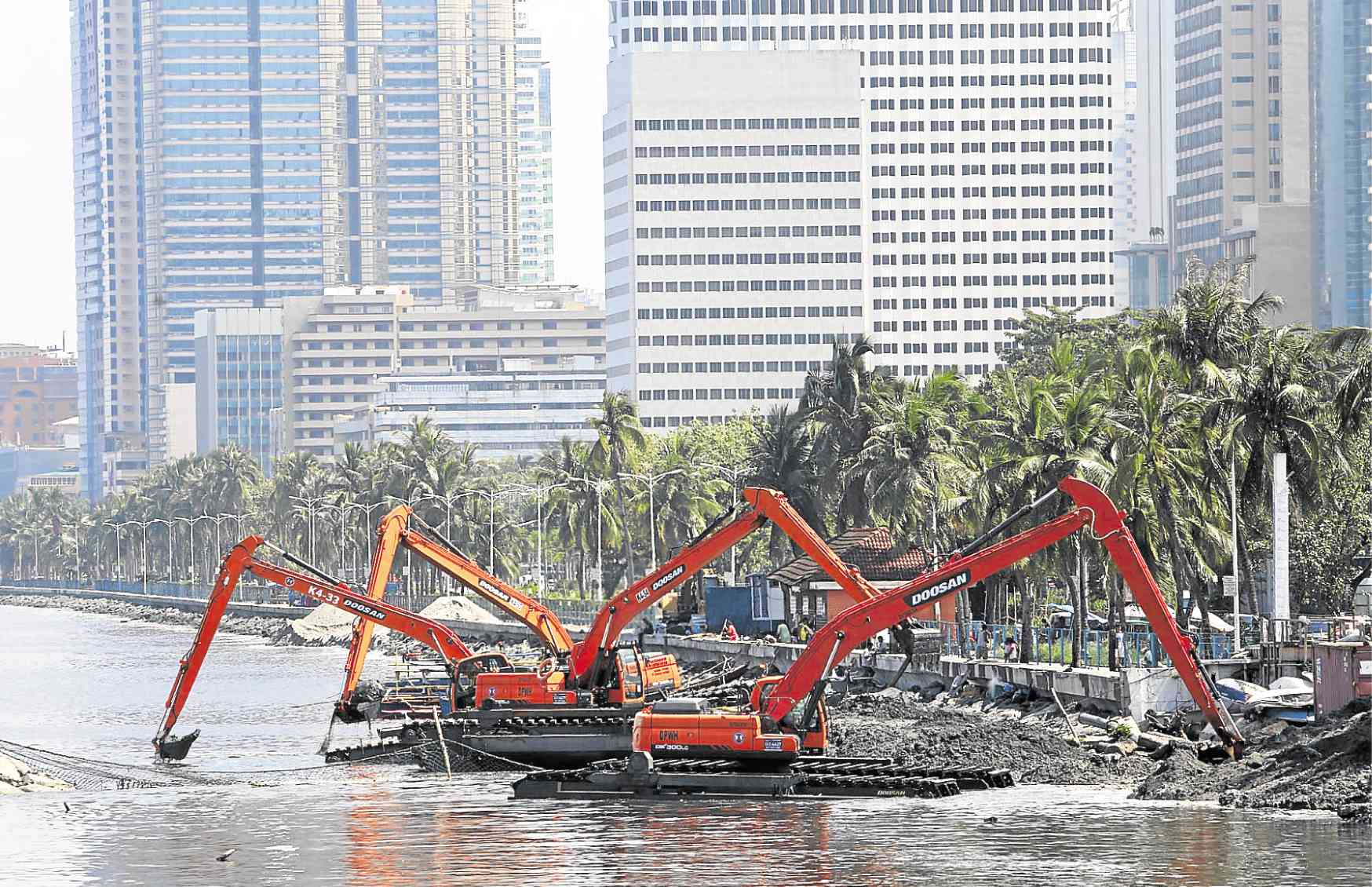 ‘ESSENTIAL PART’ In line with the rehabilitation of Manila Bay, the national government has also ordered the cleanup of waterways that empty into the bay. —MARIANNE BERMUDEZ

The Navotas City government has been given until the end of the year to clean up the Bangkulasi River, which the Department of Environment and Natural Resources (DENR) earlier identified as one of the filthy waterways draining into the heavily polluted Manila Bay.

Environment Secretary Roy Cimatu ordered the DENR team in charge of the Malabon-Navotas river system to “produce [a] drastic improvement” by December to reduce the levels of fecal coliform—bacteria from human and animal feces—in the bay.

“Cleaning up the Bangkulasi River … is an essential part of the Manila Bay rehabilitation program,” Cimatu said.

In a meeting with Navotas government officials earlier this month, the DENR warned that it would issue cease-and-desist orders against establishments in the city that lack proper sewerage treatment plants (STPs).

“The Interagency Task Force [on Manila Bay] will also be providing the businesses with technical assistance [in their STPs],” said Environment Undersecretary Benny Antiporda.

There were also plans to put up a one-stop shop for business owners in the city to help them comply with requirements set by environmental laws.

According to Tiangco, Antiporda told him during a meeting on Aug. 5 that the stretch of the waterway between Lapu-Lapu Avenue and C3 should be prioritized because it had the highest concentration of fecal coliform.

Tiangco said they would start by clearing the river of boats, floating houses and sunken vessels since these were the source of garbage found in the waterway.

He added that they would also coordinate with the Navotas Fish Port Complex so that boats could dock at Manila Bay instead.

The next move, Tiangco said, would be the removal of sunken vessels in the river. However, the city would need financial assistance and equipment like cranes in dredging and removing the vessels.

The DENR has set an ambitious target to make Manila Bay  safe for swimming and other public activities by yearend, mainly by bringing down its coliform contamination to acceptable levels.

Before the start of the rehabilitation program earlier this year, the highest fecal coliform level recorded in the bay was at 330 million most probable number (MPN) for every 100 milliliters. The acceptable level for recreational water is 100 MPN per 100 ml.

Recent samplings, however, have shown reduced levels in several drainage outfalls, after the DENR clamped down on establishments discovered to be dumping untreated wastewater directly into the bay.

The closure of Manila Zoo, which was earlier identified as a major polluter, also contributed to decreased levels of contamination in Manila Bay.  —WITH A REPORT FROM NIKKA G. VALENZUELA