A 12-year-old boy became an unlikely hero after saving a toddler from inside a locked car last Monday, Aug. 12.

Ben Theriot and his mother, Nikki Fields, were walking into a store in Oklahoma, United States, when they saw a 2-year-old boy crying inside a car. 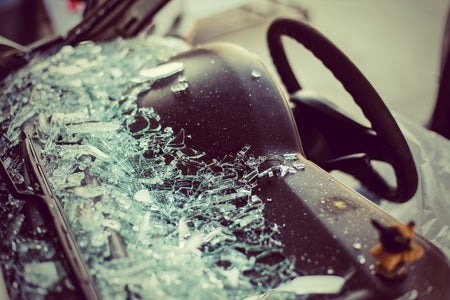 Police reported the heat index that day was at 116 degrees, as per FOX23 News yesterday, Aug. 14.

Theriot used a ratchet strap and a portion of a clothes rack to break the windshield of the car.

“I swung it over my shoulder, hit it right in the center. And then I hit it a couple more times and then I climbed on the windshield,” Theriot told the network. “I stomped on it and then it cracked pretty badly again.”

“Then, a lady went and grabbed that hanger thing,” he added. “Then I put the hook into the windshield and pulled it out. And then I unlocked it.”

After the rescue, authorities say the toddler was safe, aside from being red-faced and upset.

The toddler’s mother was found after the police had gotten to the scene. She was located inside a store nearby. The mother claimed that she did not intentionally leave the child alone as she knew there was another adult in the car.

This raised suspicions from the police, wondering why the car was turned off and locked if the baby was supposedly in the presence of another adult. As per report, police said that they are still not certain as to how and why the toddler was left alone.

The mother was not arrested since the 2-year-old’s condition did not warrant a case for child neglect. She was instead given a $250 (around P13,000) ticket under the Forget-Me-Not law.

The said law states that a person responsible for a child who is 6 years of age or younger shall not leave that child unattended in a vehicle that presents a risk to the health or safety of the child.

According to the report, the toddler is back with his mother. But police say there will be an investigation by the Department of Human Services. Ryan Arcadio/JB

Mom leaves child in car under severe heat, gets arrested