De Lima brother on senator's visit: It was a beautiful reunion | Inquirer News

De Lima brother on senator’s visit: It was a beautiful reunion 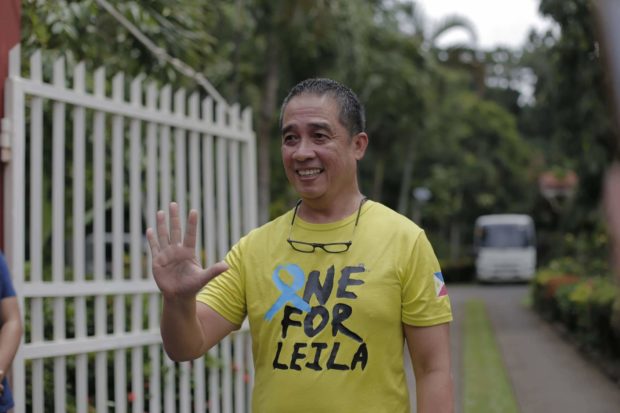 IRIGA CITY — Detained Sen. Leila De Lima’s meeting with her ailing mother Norma and her siblings in this city Thursday during the 48-hour furlough granted to her by a court was a happy affair and a “beautiful reunion.”

“This is a glorious day for us because after 900 plus days, our sister is back, is able to come back here in Iriga to be with her family, to be with our ailing mother,” the lawmaker’s younger brother Vicente “Vicboy” De Lima II said Thursday.

Vicboy said it was some time that the four De Lima siblings have gathered in their ancestral home in San Agustin village.

The last time the senator was in Iriga City was in December 2016.

“It was a beautiful reunion,” Vicboy said.

De Lima, who is facing drug-related charges, was granted furlough by the Muntinlupa Regional Trial Court branches 205 and 256.

She was also granted a furlough for the May 2019 midterm elections, and her son Vincent Joshua De Lima Bohol’s thanksgiving dinner for passing the bar exams.

“She told our relatives that she did not want to see tears because this was not a sad day. This was a good day for her. She will see our mom,” Vicboy said.

Sen. De Lima then went to her mother’s room and hugged her.

They were happy and they hugged again,” Vicboy said.

The mother of De Lima was also suffering from dementia, according to the furlough document from Branch 256 of the Muntinlupa RTC.

“Our mom told her, ‘Payaba ta ika. ‘Di mo ‘ko bayaan.’ (I love you. Don’t leave me). She always tells that to us, but especially to Leila,” Vicboy said.

According to the family, Norma was still unaware about the senator’s predicament.

For two years, the outspoken President Duterte critic has been detained due to alleged involvement in drug operations.

The senator has chosen not to inform her mother because of her health.