VALLEY FLOOD The strawberry fields of La Trinidad valley in Benguet, a popular attraction among tourists, are flooded after days of heavy rain in the province. —KARLSTON LAPNITEN

LA TRINIDAD, Benguet, Philippines — A 76-year-old woman was killed while 50 families in this province were evacuated due to landslides caused by heavy monsoon rains since Sunday.

Rescuers found the body of Gloria Matias in her home that was buried by a landslide in Buguias town on Sunday night, according the Benguet provincial disaster risk reduction and management office.

In Itogon town, also in Benguet, 176 people have been staying at the Garrison Multipurpose Cooperative building since Monday while some have moved to a church, said Cyril Batcagan, municipal disaster risk reduction and management officer.

The local government also enforced a no-work policy for small-scale miners since Monday.

“We are engaging the communities proactively to avoid experiencing similar events like last year and I think the people also want the same,” Batcagan said.

Itogon was the hardest-hit town during the onslaught of Typhoon “Ompong” in September last year when landslides killed more than 100 people, many of them from Barangay Ucab there.

In the capital town La Trinidad, two families were evacuated on Wednesday due to soil erosion that threatened to bury their houses. Floods also swamped portions of the strawberry fields in Barangay Betag, damaging farms growing lettuce and strawberries.

In Baguio City, a 37-year-old man was rescued after a landslide damaged his house in Barangay Bakakeng Norte on Monday. At least 36 more people were evacuated from their homes due to soil erosion and leaning pine trees.

Classes in private and public schools from kindergarten to high school were also suspended in Itogon as well as the rest of Benguet.

Batcagan said they were also monitoring at least 14 schools in the province identified as high risk or vulnerable to earth movement. 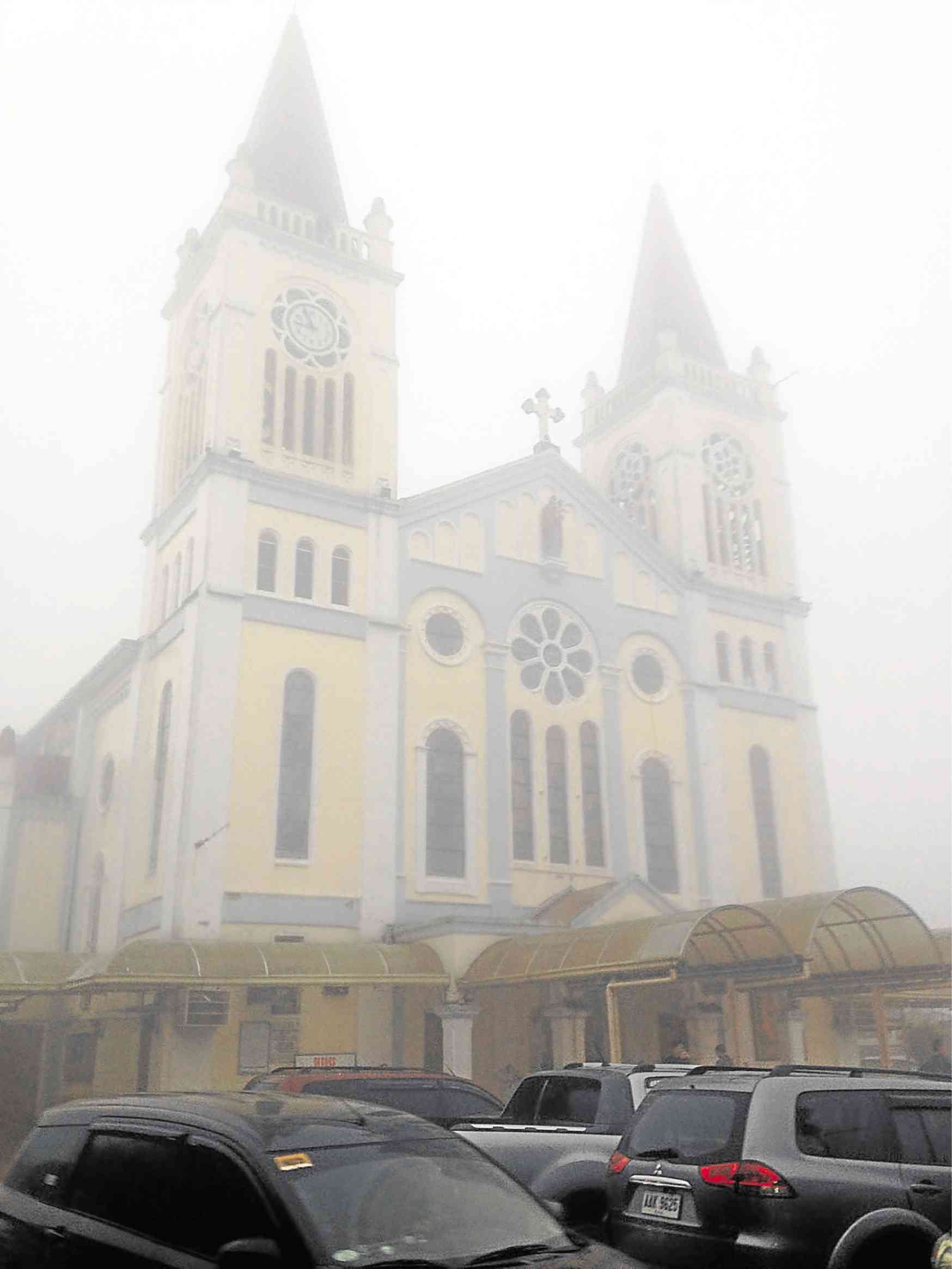 Landslides also hit a portion of the Baguio-Bontoc Road (Halsema Highway), the main route for farmers transporting vegetables to Metro Manila, and forced the closure of the Kapangan-Kibungan Road.

Kennon Road remained closed due to rehabilitation work while Governor Pack Road was closed on Tuesday due to the damaged welcome arc in front of the Baguio General Hospital and Medical Center.

The Busa section of Baguio-Bontoc Road in Sabangan town, Mountain Province, was also closed due to a road cut.

The amount of rainfall in the region as of 8 a.m. on Wednesday was 310.6 millimeters, up from 207.8 mm recorded on Tuesday and 136 mm on Monday, according to the Office of Civil Defense (OCD).

The OCD said Baguio City received an accumulated 648.8 mm of rain since Aug. 3.

Baguio Mayor Benjamin Magalong on Wednesday also canceled classes in all levels in the city. On Tuesday, classes for preschool, grade school, and junior and senior high school students were suspended due to the rains and thick fog that enveloped the city.

Abra and Mountain Province had been experiencing days of monsoon rains and thunderstorms, forcing the cancellation of classes in these areas. —With a report from Vincent Cabreza