Ex-rebel confesses to Senate: ‘I was student by day, NPA by night’ 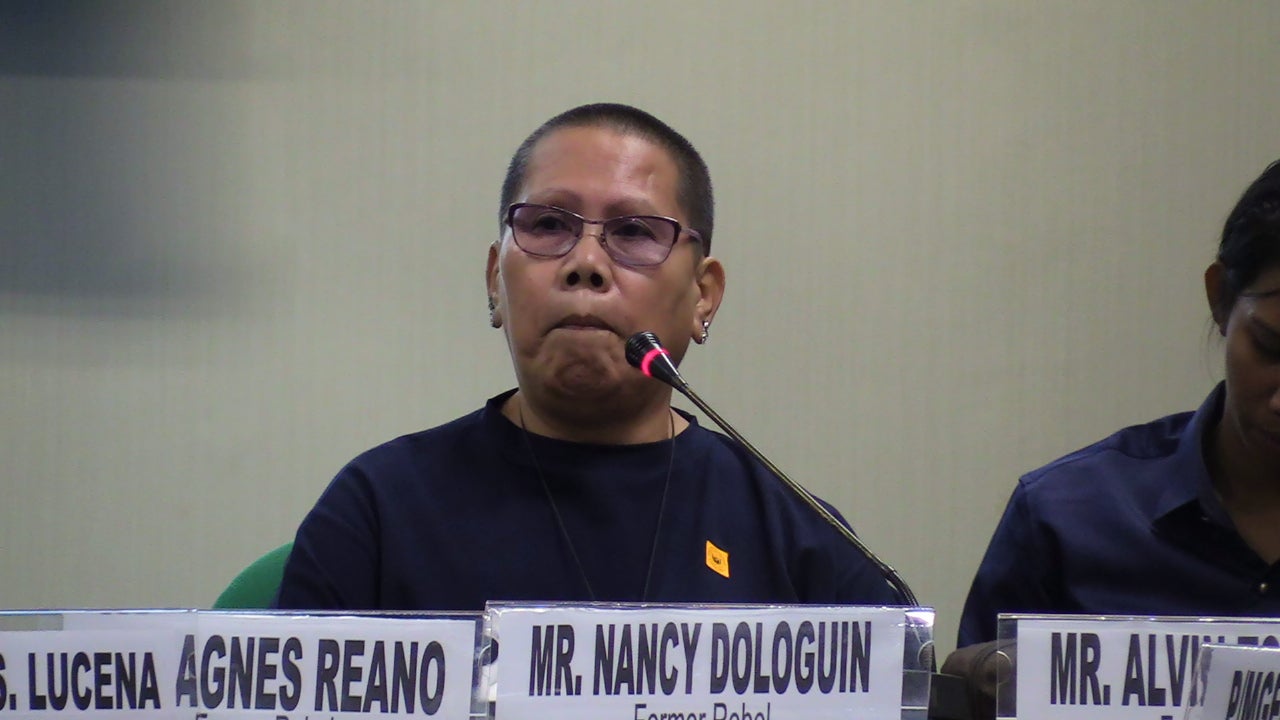 Agnes Reano, one of the resource persons who claimed to be a former rebel, appears before the Senate investigation. INQUIRER.net photo / CATHY MIRANDA

MANILA, Philippines — Former rebels faced a Senate hearing on Tuesday and narrated how they were recruited by leftist groups when they were young students.

But before they testified, the Senate committee on public order and dangerous drugs approved a motion to grant the rebel returnees legislative immunity.

One of the former rebels who attended the hearing was Agnes Reano, who claimed that she was recruited by the Alliance of Students Against Tuition Fee Increase when she was still attending college at the Ateneo de Naga University.

Reano claimed she was only 13 years old during the time but already in college because she was accelerated when she was in the elementary.

In 1983, she added that they were brought to Bukidnon where the League of Filipino Students (LFS) was launched.

Reano said her first assignment was to transport ammunition from Naga to Legaspi.

Asked by Senator Panfilo Lacson what her life became when she was recruited by the front organization until the time she became a fulltime member of the New People’s Army (NPA), Reano said: “Noong ma-recruit po ako nung first year, estudyante po ako by day, NPA by night.”

As a member of the rebel group, Reano said she served as a spokesperson and a recruiter at the same time.

Another former rebel, Nancy Dologuin, also narrated how she was recruited by a leftist group when she was a student.

Dologuin said she was recruited when she was a student, a varsity player, at the Mindanao State University (MSU) in Marawi City.

Neophyte Senator Ronald “Bato” dela Rosa, who presided over the hearing,  interrupted the resource person just to say that he also came from the same school.

She disclosed that she was a victim of an attempted rape by a family member, which prompted her to run away from home and joined the LFS under the Gabriela  Women’s group.

On her own will, Dologuin said she then started recruiting fresh members for the group Gabriela. /jpv