US says it's consulting on Asian missile deployment | Inquirer News 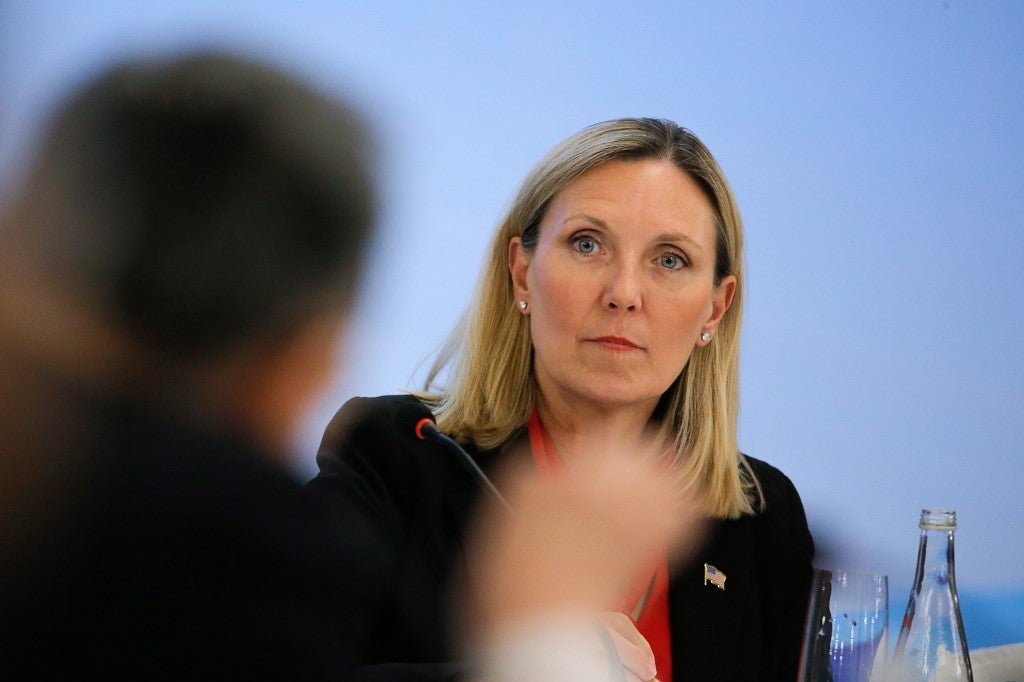 US Under Secretary of State Andrea Thompson attends a panel discussion after the Treaty on the Non-Proliferation of Nuclear Weapons (NPT) conference in Beijing on January 31, 2019. (Photo by THOMAS PETER / POOL / AFP)

BEIJING — A senior U.S. diplomat says Washington is consulting with its allies as it proceeds with plans to deploy intermediate-range missiles in Asia, a move China says it will respond to with countermeasures.

Washington has said it plans to place such weapons in the Asia-Pacific following the U.S. withdrawal from the Intermediate-Range Nuclear Forces Treaty.

The U.S. accused the other treaty signatory, Russia, of cheating by developing weapons systems banned under the treaty. However, many analysts say Washington has long sought to deploy intermediate-range missiles to counter China’s growing arsenal.

In a conference call Tuesday, State Department Under Secretary for Arms Control and International Security Affairs Andrea Thompson said governments would decide whether or not to host such missiles.

“That’s a sovereign decision to be made by the leaders of those governments,” Thompson said. “Any decision made in the region will be done in consultation with our allies — this is not a U.S. unilateral decision.”

U.S. mutual defense treaty allies Japan, South Korea and Australia are considered the prime missile base candidates, although Beijing has warned that any nation that accepts such an arrangement will face retribution, likely in the form of an economic boycott or similar sanctions. Although China maintains a large stock of intermediate-range missiles, it says those are unable to reach the U.S. homeland, while missiles deployed by the U.S. in Asia would be within striking distance of mainland China.

While the U.S. decision to leave the Intermediate-Range Nuclear Forces Treaty has placed the future of arms control agreements in doubt, Thompson said the move had brought a “positive response from partners and allies globally, not only tied to the Indo-Pacific but our NATO partners as well.”

She also said Washington hopes Beijing will join in discussions with the U.S. and Russia on a nuclear arms limitation pact after the current agreement, known as New START, expires in 2021. China has said it has no intention of entering into any such trilateral negotiations.

“Part of being a responsible actor … you need to have transparency and responsibility. So we encourage China to come to the table as well,” Thompson said. “The world demands it. That’s what responsible nations do.”