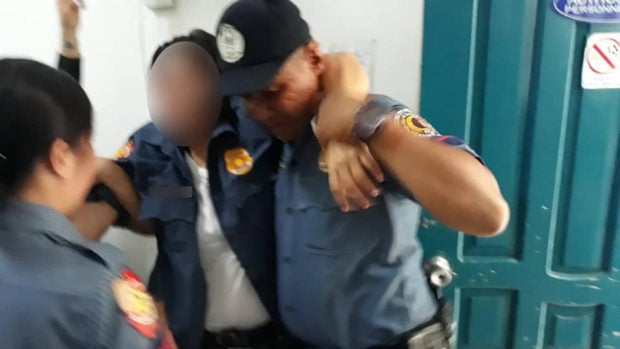 PARANG, MAGUINDANAO –– A rape and murder suspect was killed while a policewoman was hurt in a scuffle inside the police station here on Saturday morning.

Lt. Colonel Ibrahim Jambiran, Parang town police chief, said the policewoman was taking mugshots of the suspect when the latter allegedly grabbed her pistol and started shooting at her and other police officers inside the police office.

Mohamad Akmad, 46, a resident of Barangay Manion here was earlier arrested for alleged rape and murder and was inside the police station to have his mugshots taken when he grabbed the policewoman’s pistol and started shooting her and other police officers. Police officers shot him dead as he tried to escape.

Jambiram did not identify the wounded policewoman.

He had earlier directed the police troops at the scene to
rush the injured police officer and the suspect to the police regional health service of the Bangsamoro Autonomous Region in Muslim Mindanao, where Akmad was pronounced dead on arrival.

The attending physician declared the policewoman out of danger.

Relatives have claimed the remains of the slain suspect and buried in Barangay Manion according to Islamic rites. /lzb