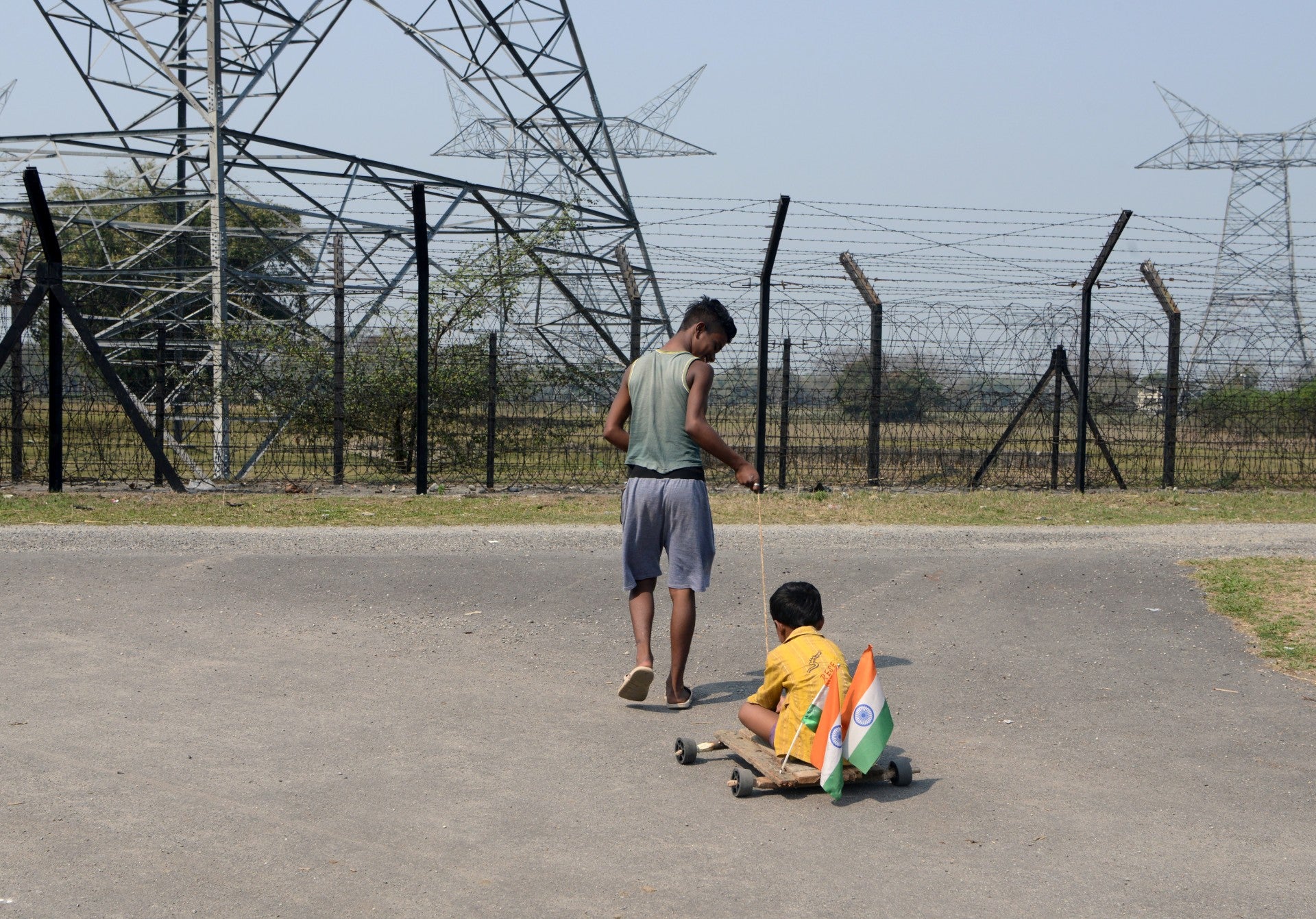 An Indian child is pulled on a little trolley cart with Indian flags attached next to the India-Bangladesh border fence near Fulbari village on the outskirts of Siliguri on March 10, 2019.
DIPTENDU DUTTA / AFP

DHAKA — Bangladesh has no objection to India’s plan to fence the entire border between the two countries if it is done following due procedure, Home Minister Asaduzzaman Khan has said.

“India has already fenced about 80 percent of the border. They want to complete the rest of the work. I said that if it is done in line with the border act, we won’t have any objection,” he told The Daily Star upon his return from a three-day visit to the neighboring country.

Asaduzzaman held talks with his Indian counterpart Amit Shah at the 7th home minister-level meeting between the two sides in New Delhi on Wednesday evening.

During the one-hour meeting, Shah raised the issue of illegal movement of people across the border and urged Bangladesh to take action in this regard, Asaduzzaman said.

“I told him [Shah] that no Bangladeshi goes to India illegally. Our economy is in very good shape and people from different countries come here for employment. Why will Bangladeshis cross the border illegally?”

According to an Indian home ministry statement issued on Wednesday, “Both sides also reviewed the pending issues related to security and infrastructure at the borders, and agreed to take steps towards the expedited resolution of these matters.

“Home Minister Shri Amit Shah also raised India’s concern regarding the illicit movement of undocumented persons across the border, with a view to find solutions to this problem especially in North East India.”

The Indian authorities also requested Bangladesh to keep watch on the border during the West Bengal Assembly Polls scheduled for 2021.

Asaduzzaman said, “I told them that the West Bengal election is completely their internal political affair, and we have full control over our side of the border.”

The home minister is expected to brief the media today after meeting Prime Minister Sheikh Hasina.