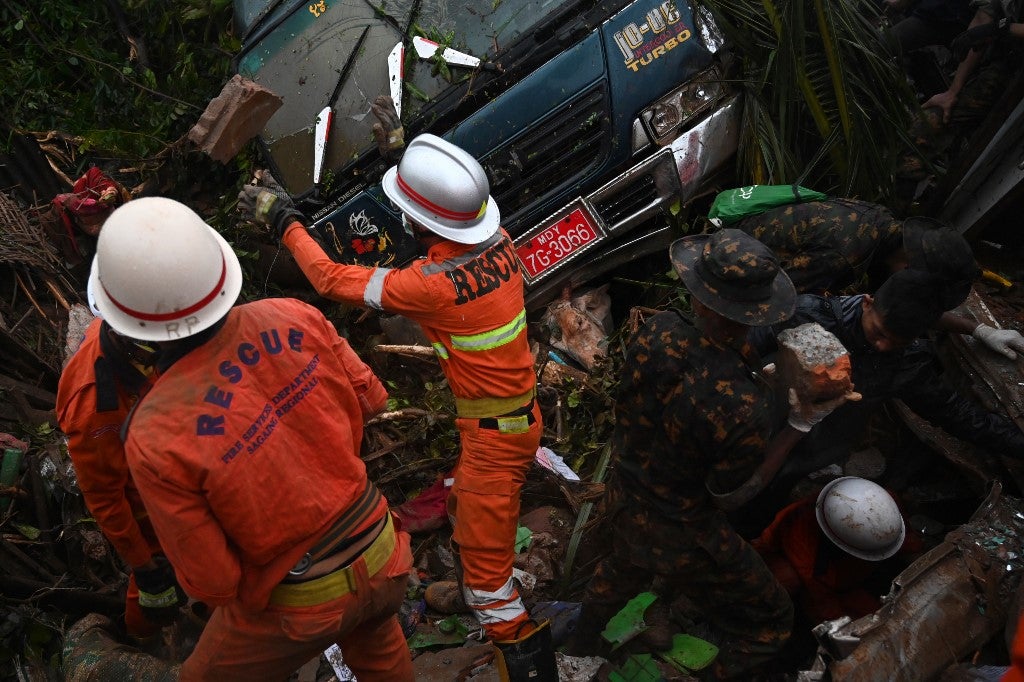 Rescue workers attempt to free a cow caught under a van after a landslide in Paung township, Mon state on August 10, 2019. (Photo by Ye Aung THU / AFP)

MAWLAMYINE, Myanmar — Myanmar troops deployed to flood-hit parts of the country on Sunday to help with relief efforts after the death toll from a deadly landslide jumped to 48.

But the disaster Friday in southeastern Mon state was the worst in recent memory and hundreds of emergency response workers were still pulling bodies out of the muddy wreckage early Sunday.

As the rainy season reaches its peak, the country’s armed forces are pitching in.

“Helicopters will be used to supply food.”

The bulk of the effort is focused on hard-hit Mon state, which sits on the coast of the Andaman sea.

Floodwaters have submerged more than 4,000 houses in the state and displaced more than 25,000 residents who have sought shelter in monasteries and pagodas, according to state-owned Global New Light of Myanmar.

Around 89,000 people have been displaced by floods in recent weeks, although many have since been able to return home, according to the UN’s Office for the Coordination of Humanitarian Affairs.