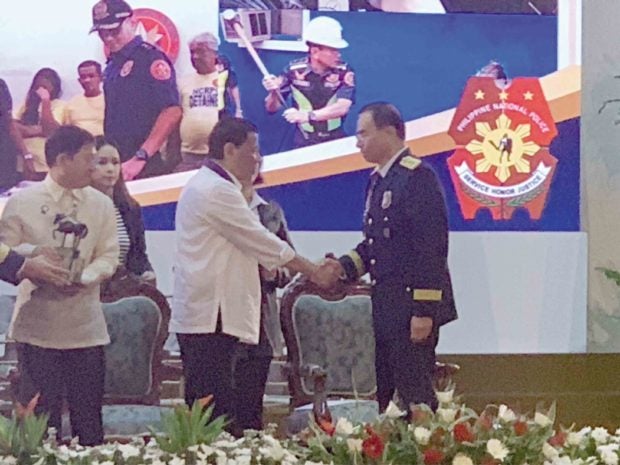 MANILA, Philippines — The National Capitol Region Police Office (NCRPO) has been recognized as the best out of the 16 regional police offices nationwide.

It was a first for the NCRPO, considered the most challenging assignment in the police service because of Metro Manila’s population, socioeconomic diversity and security challenges.

The NCRPO director, Maj. Gen. Guillermo Eleazar, accepted the award in behalf of the 28,000-strong command (comprised of five districts) in ceremonies recently held as part of the 118th Police Service Anniversary program in Camp Crame.

The regional offices were evaluated based on several criteria, including crime rate, crime solution, intelligence gathering, operational strategies, number of checkpoints and Oplan Sita campaigns, search and arrest warrants, and submission of reports, among others.

The NCRPO chief has been recognized by peers for his hands-on approach and attention to detail, having taken part in major operations against illegal drugs and other anticrime campaigns, whether in the slums or exclusive villages.

He has also personally led the inspection of police stations to ensure that they remain clean and presentable, maintaining that “the precinct is the symbol of authority (and) the refuge of our people needing assistance.” —CONTRIBUTED

Read Next
At UPLB museum, animals are stars
EDITORS' PICK
We Can’t Guarantee You’ll Win a P20 Billion Jackpot, But We Can Help You Try
Foreigners prepare to flee as China virus toll tops 100
SM continues to send relief assistance to remote towns in Batangas
Best Gift Ideas in the Philippines
Sex on the menu for Pogo workers
First female commodore named
MOST READ
Sex on the menu for Pogo workers
Hidilyn Diaz wins 3 gold medals in Weightlifting World Cup
Kobe Bryant gear pulled out of Nike online store in wake of his death
Cruise ship carrying Chinese tourists cancels port call at Subic amid protest
Don't miss out on the latest news and information.