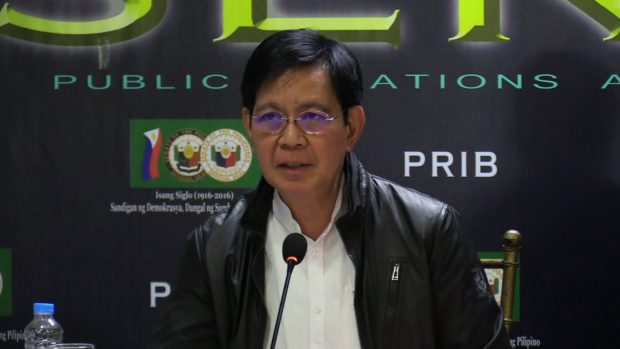 This was the answer of Senator Panfilo “Ping” Lacson on Saturday to President Rodrigo Duterte’s claim that it was okay for police officers to accept “gifts” out of gratitude.

While at the 118th Police Service anniversary in Camp Crame, Duterte said that policemen can accept gifts from families who are grateful for their work, as it cannot be considered a violation of the law.

“It is not bribery because it is allowed by the law. What I mean is if there is generosity and then sabi ng anti-graft you cannot accept gifts, kalokohan ‘yan,” Duterte said Friday.

Lacson also cautioned that greed could be “more addicting” than drugs, and that no rehabilitation facility available to cure addiction to money.

Mr President, insatiable greed starts with simple, petty graft. It could be more addicting than drugs. There is no detox, nor is there rehab facility available for addiction to money.

“It could be more addicting than drugs. There is no detox, nor is there rehab facility available for addiction to money,” he said.”

Before becoming a senator, Lacson served as Philippine National Police chief during the time of former President Joseph Estrada. /jpv