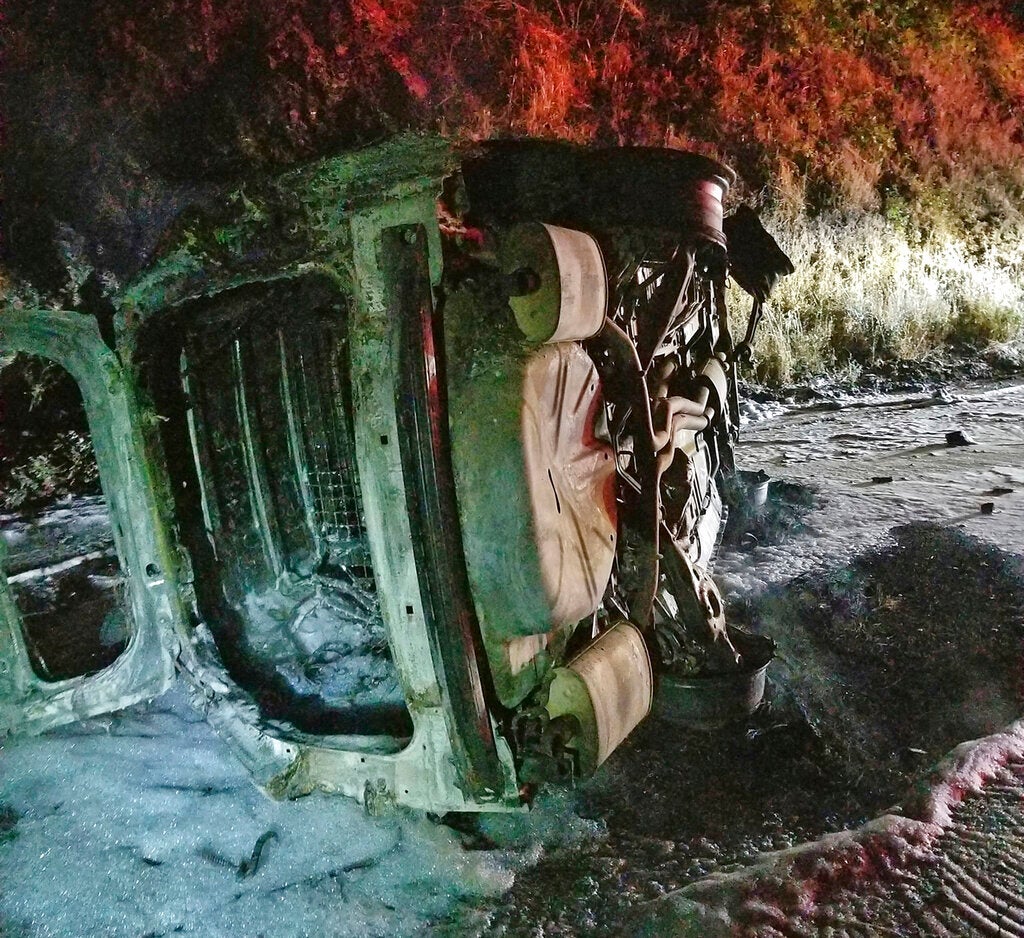 A Humboldt County Sheriff’s Department patrol car after it was struck by a falling bear and then hit an embankment, rolled onto its side and burst into flames, near Hoopa, Califorina, in Northern California. (Hoopa Fire Department via AP)

HOOPA, California — They probably don’t train people for this at the Sheriff’s Academy.

A patrol car was struck by a falling bear in Northern California last weekend.

Authorities say a Humboldt County sheriff’s deputy was driving on State Route 96 on Aug. 3, answering a report of a drug overdose in the community of Orleans, when the bear fell or jumped onto the car, apparently from a steep embankment.

The bear smashed the hood and windshield. The patrol car hit an embankment, rolled onto its side and burst into flames.

The deputy managed to escape without serious injury.

The fire was contained to about half an acre but the car was gutted.