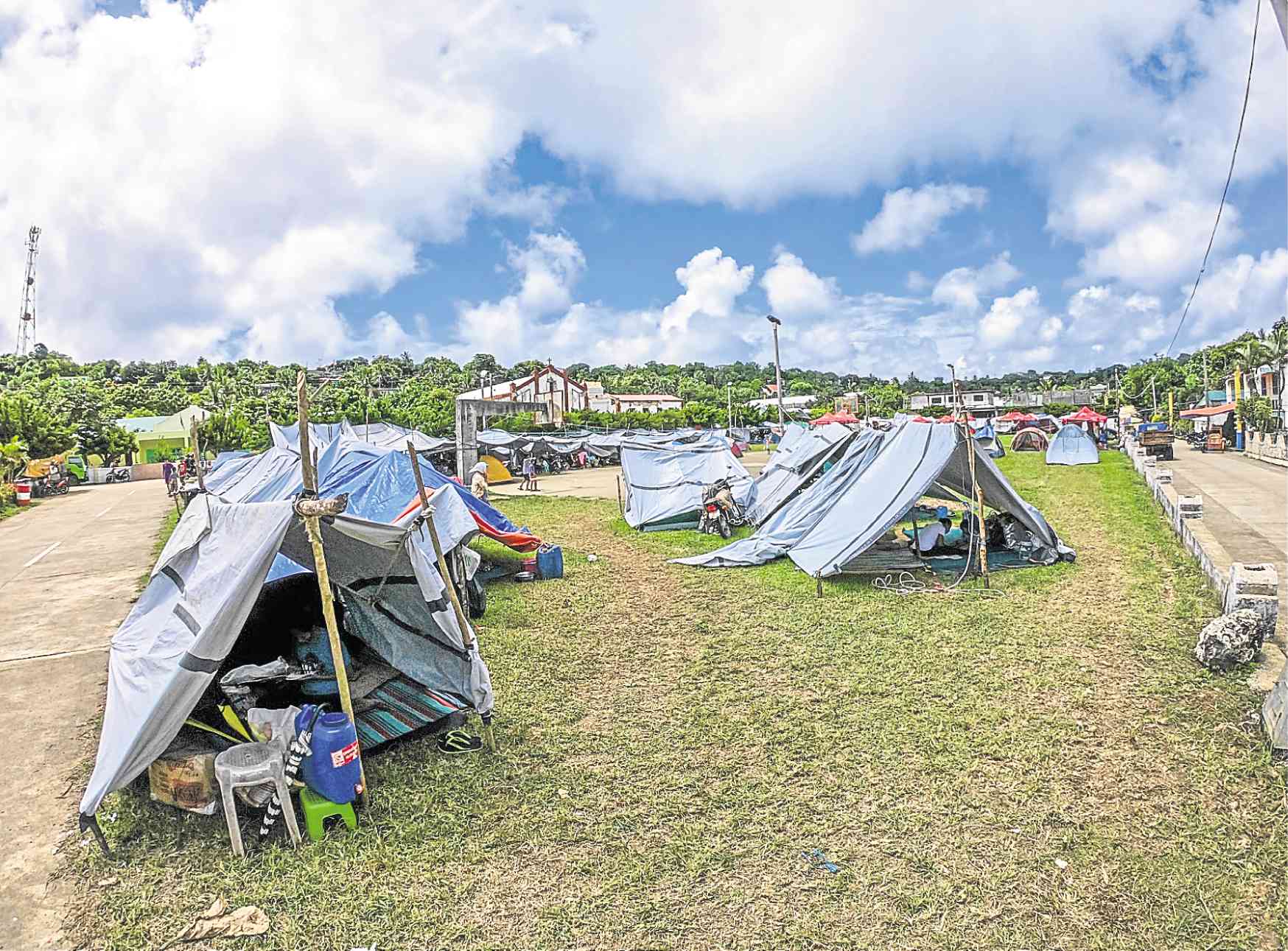 TEMPORARY HOMES Almost all of Itbayat’s residents now live in a “tent city” put up at the town center while they await construction materials for temporary shelters and to repair their homes.

ITBAYAT, BATANES—Sustained monsoon rains and gusty winds on Friday damaged some of the tents where 15 families in this quake-damaged town were still staying.

The tailend of Typhoon “Hanna” (international name: Lekima), which already moved outside the country, continued affecting the local weather, according to the Philippine Atmospheric, Geophysical and Astronomical Services Administration.

Esdicul said the families were safe and were transferred to other temporary shelters.

The July 27 tremors killed nine people, injured more than 60 others, and damaged at least 260 houses in five villages here, according to the National Disaster Risk Reduction and Management Council.

In Pampanga province, at least 36 villages in the towns of Apalit, Masantol and Macabebe were submerged in up to 3 feet of floodwater due to heavy monsoon rains.

In Bulacan province, the rains increased the water level in Angat Dam, the major source of water for Metro Manila. The dam’s elevation on Friday reached 170.88 meters, from 170.18 m on Thursday. The rains also helped increase the elevation in the Ambuklao, Binga, San Roque and Pantabangan dams. —REPORTS FROM NATHAN ALCANTARA, VILLAMOR VISAYA JR., TONETTE OREJAS AND CARMELA REYES-ESTROPE