MANILA, Philippines — Lawyers of opposition members tagged in the alleged plot to destabilize the Duterte administration have questioned the participation of the Office of the Solicitor General (OSG) in their criminal prosecution.

On the first day of the preliminary investigation on Friday, Assistant Solicitor General Angelita Villanueva Miranda appeared before the Department of Justice (DOJ) panel of prosecutors representing the Philippine National Police-Criminal Investigation and Detection Group (PNP-CIDG).

Atty. Arno Sanidad of the Free Legal Assistance Group (FLAG) and former senator Rene Saguisag challenged OSG’s participation in the sedition complaint, which was based on the testimony of Peter Joel Advincula, who introduced himself as narrator “Bikoy” in the controversial “Ang Totoong Narcolist” video series that tagged family members and allies of President Rodrigo Duterte in the illegal drug trade. 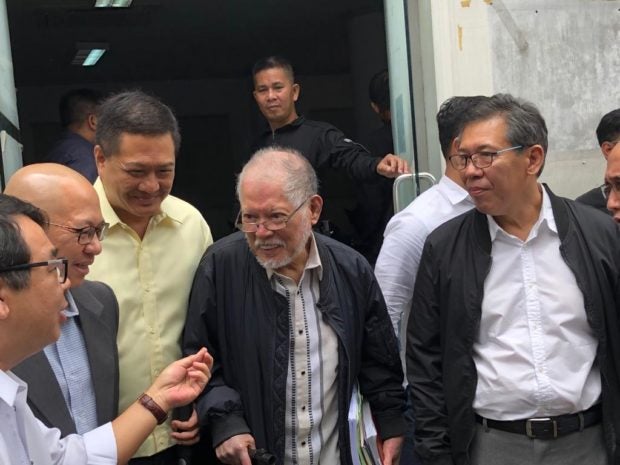 “The OSG should be the tribune of the people.  They should not be the ‘tuta’ [lapdog] of the administration. It [OSG] has sandbagged itself into becoming a defender of the attempt of the administration to eliminate all dissent and dissenters,” Saguisag said before the DOJ panel led by Senior Assistant State Prosecutor Olivia Torrevillas.

Even former Solicitor General Florin Hilbay, also a respondent in the sedition case, wants a clarification on the power of the office that he used to lead.

He said OSG will lose its independence if it will already participate on behalf of a specific party during investigations.

But Miranda argued that OSG is acting on its mandate as “tribune of the people,” citing Section 35 (11) of Executive Order No. 292 or the Administrative Code of the Philippines.

The said provision states that OSG has the authority to “act and represent the Republic and/or the people before any court, tribunal, body or commission in any matter, action or proceeding which, in his opinion, affects the welfare of the people as the ends of justice may require.”

But Hilbay said the said provision “is very general.” He said what should be looked at is the OSG charter.

“The more specific provisions of the charter referred to the power of the OSG in appellate cases in criminal cases..,” he said, adding that, “I think if you look back at the history of the OSG parang hindi rin nila ginawa ‘yun (In its history I don’t think the OSG did that).”

Miranda assured that it was not the first time that OSG represented the PNP-CIDG during a preliminary investigation. 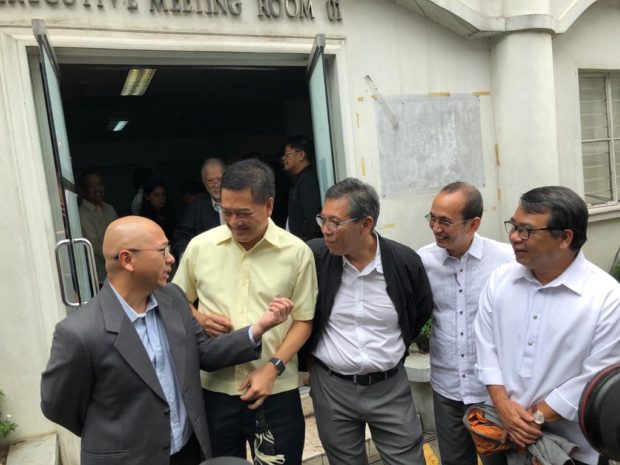 Sedition case respondents and lawyers (left to right) Florin Hilbay, Erin Tañada, and Chel Diokno together with lawyers Edre Olalia and Neri Colmenares talk after attending the first day of preliminary investigation at the Department of Justice on Friday, August 9, 2019. INQUIRER.net/Tetch Torres-Tupas

She cited a case last year, when OSG also acted as lead counsel of PNP-CIDG in the preliminary investigation of the criminal complaint filed against suspected Cebu-based drug lord Peter Lim eventually leading to the filing of drug charges against Lim and his co-accused by DOJ.

PNP-CIDG accused opposition members like Hilbay, Diokno, Erin Tañada, and Vice President Leni Robredo; and bishops and priests as well as other personalities critical of Duterte of sedition, inciting to sedition, cyber libel, libel, estafa, harboring a criminal, and obstruction of justice.

The case heavily relies on the affidavit of Peter Joemel Advincula, who claimed that Robredo, some of Otso Diretso senatorial candidates, Church leaders, former and incumbent senators as well as human rights lawyers have conspired to unseat Duterte.

Respondents earlier asked DOJ to require PNP-CIDG to submit “other evidence” to prove their charges.

The DOJ prosecutor also required the police to provide the more than 30 respondents with a copy of the USB supposedly containing video evidence. The police have only submitted one USB to the prosecutor.

Prosecutor Torrevillas said the USB evidence will be disregarded if within five days the police would fail to comply with DOJ’s order.

The next preliminary investigation has been set on September 6. /kga