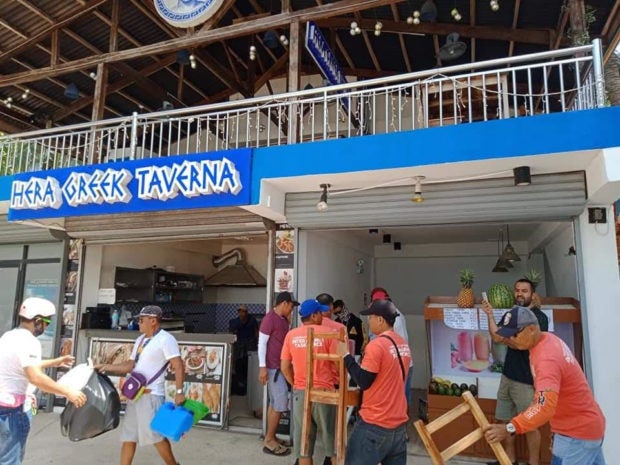 The Hera Greek Taverna, a two-story restaurant, which sat on a 120 square-meter prime beachfront on Alona Beach, was built within the 20-meter easement zone three years ago.

Bonao told reporters that the owner of the restaurant, George Park, a Korean national, had been told to demolish the structure himself but refused to do so.

Panglao acting Mayor Brian Velasco told reporters that he implemented the demolition order which was signed by Mayor Nila Montero, before her suspension.

He said the demolition of the illegal structures was long overdue as it is illegal to put up any permanent structure within the 20 meters from water line to inland.

But the owner of Hera Greek Tavera refused to cooperate.

Environment Secretary Roy Cimatu had ordered the demolition of the illegal structures that violated the easement zone of Alona Beach when he visited the island two years ago.

Despite his order, illegal structures remained on Alona Beach.