Army reserves, tennis club may have to leave Burnham Park 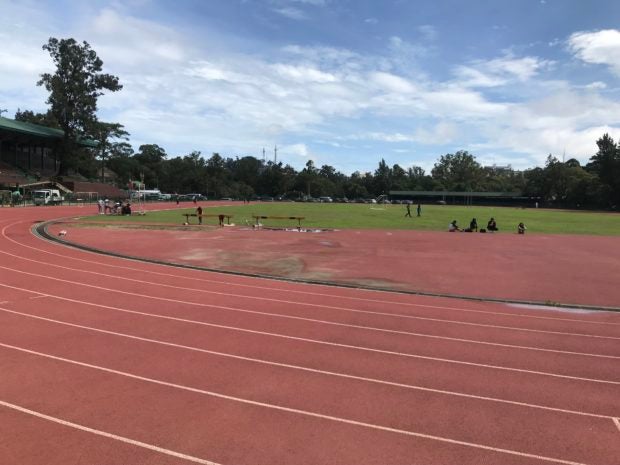 The freshly-rehabilitated track and field oval of the Athletic Bowl inside the iconic Burnham Park has drawn morning joggers and students. INQUIRER PHOTO/Vincent Cabreza

BAGUIO CITY –– A military outpost of the Army Reserve Command and a tennis club, that have operated for free since Martial Law, may be evicted soon from the century-old Burnham Park.

The Army reserve fenced off a section of the Burnham Park Athletic Bowl, which it later marked as a military facility filled with tents and secured by armed sentries.

The outpost is tasked to supervise the Reserve Officers Training Corps of Baguio universities, but a city investigation team said soldiers have been seen smoking and drinking liquor there. 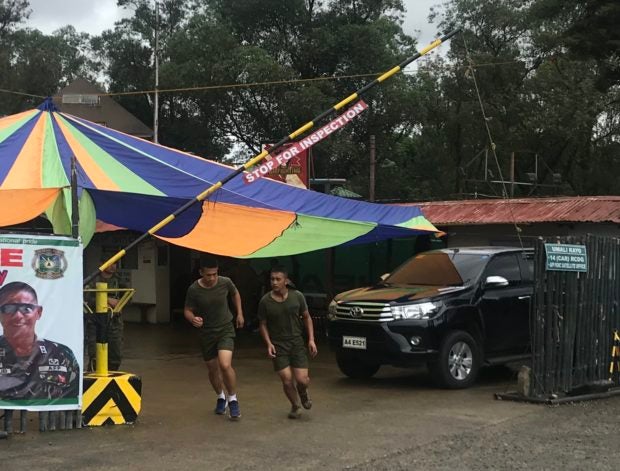 The Army Reserve Command set up a satellite unit inside the Athletic Bowl after the 1990 Luzon earthquake to cater to ROTC cadets enrolled in Baguio universities. INQUIRER PHOTO/Vincent Cabreza

Similar complaints have been made against the Baguio Tennis Club, which has been leasing out three-game courts to members, athletes, and tennis enthusiasts since 1976, without any formal contract with the city government.

Members bring in liquor purchased outside the park, admitted a club officer during a meeting with Dela Peña.

The administrator said the club and the army reserve unit needed to explain how they operated for decades with no clear supervision and without paying taxes to the city, in light of a national tourism program to rehabilitate Burnham Park.

The improvement of the Athletic Bowl would be incorporated in a Burnham Park Master Plan that is being drawn up by the Tourism Infrastructure and Enterprise Zone Authority (Tieza) for the city, Dela Peña said.

But Tieza also advised the city government to clear out structures and businesses that should not have been put up at Burnham Park, he added, after former President Fidel Ramos turned over its custody and management in 1995.

Dela Peña cited a 2018 observation report from the Commission on Audit, which called the Baguio government’s attention to the “unauthorized” operations of the tennis club, which cost the city government P663,000 in uncollected revenues that year.

The club operated the tennis courts on the strength of city resolutions issued in 1976 and in 1980, which gave it administrative control from 1976 to 1977, and from 1980 to 1981. The club was required to remit the fees it collects to the city government.

Despite the absence of a management contract with the Baguio government, club officers said they continued to lease out the tennis courts — and used the earnings to subsidize operations — because the government tolerated them there.

The club would not block plans to replace the tennis courts with a new sports building, they assured Dela Peña.

Col. Gregory Docil, who heads the Cordillera reserve command, said the military would also heed the Baguio government’s decision to relocate them.

He apologized for certain occasions when soldiers entertained high-ranking visitors and guests at the park.

He also asserted that reservists at the park were usually activated to augment rescue efforts during calamities. /lzb

Read Next
Explosion rocks Copenhagen tax office, injuring 1 person
EDITORS' PICK
IATF to LGUs: Issue ordinances vs attacks on frontliners, COVID-19 patients
Quick chat with Nicole Andersson: ‘You really don’t need much to be happy’
Robredo spox thanks Duterte for defending VP’s efforts vs COVID-19
Diokno to Duterte: OK to make fun of buck tooth, but focus on people’s needs first
Nograles: Cabinet members to donate 75% of monthly salary to aid COVID-19 fight
10 Filipinos positive for COVID-19 in UK, 7 in Ireland — envoy
MOST READ
Coronavirus hotbed Rizal to shut borders on April 6
Gov’t mulling quarantine period extension of 15-20 more days
Sotto on Isko Moreno’s call: We do our job without the media following our every move
‘Money Heist,’ ‘Tales from the Loop,’ ‘Killing Eve,’ ‘Never Have I Ever,’ ‘After Life’: Five not-to-be missed series this April
Don't miss out on the latest news and information.