Redrawn map may set off more change in Indian-ruled Kashmir 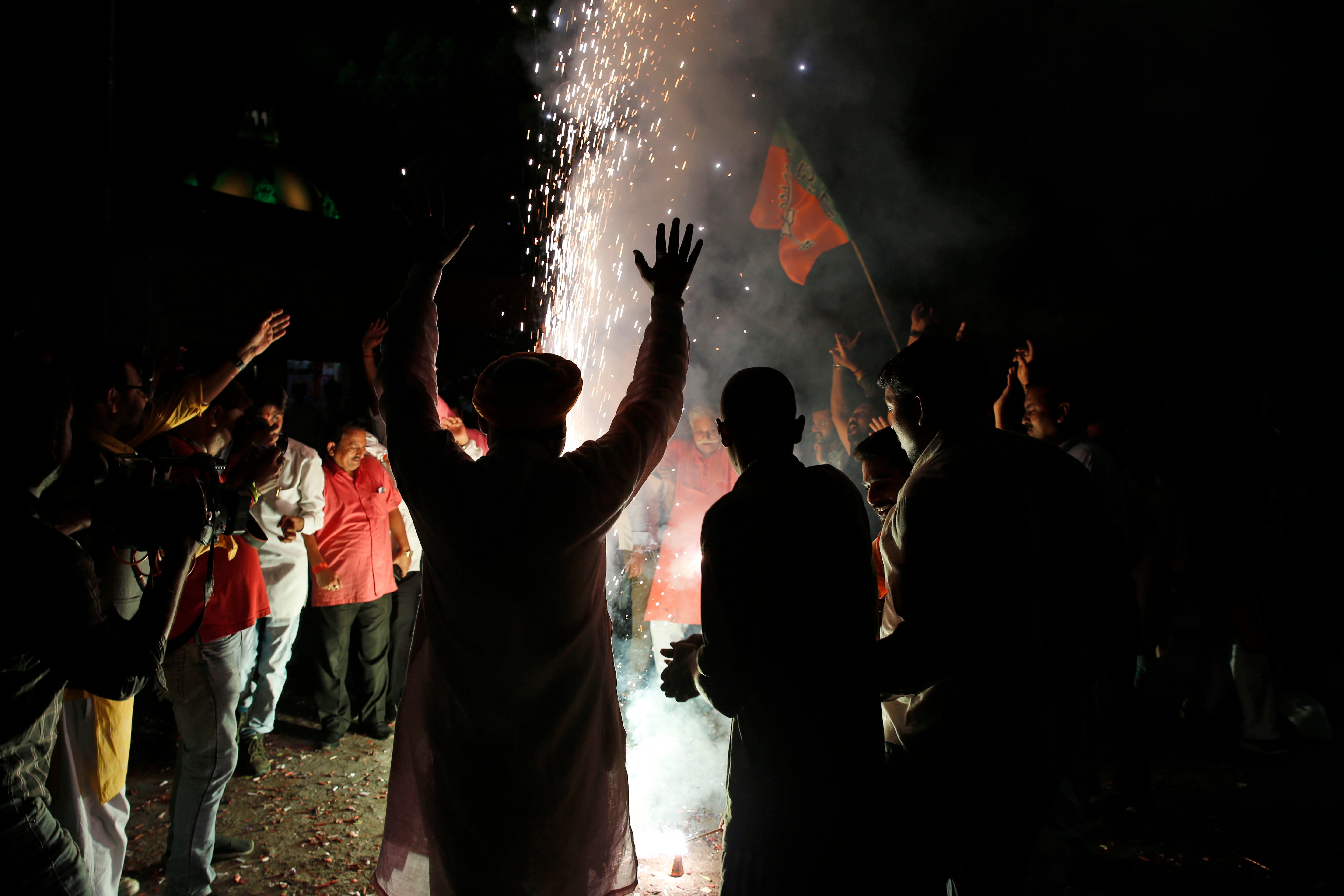 Parliament has approved a proposal by the Hindu nationalist-led government that strips statehood from Jammu and Kashmir, its only Muslim-majority state, splitting the region into

Although India has redrawn its map many times since gaining independence from the British in 1947, the decision is likely to raise tensions in the already-volatile Himalayan region. India and Pakistan both claim the territory in full and administer portions of it. India’s action will further entrench the idea of Hindu-majority rule espoused by Prime Minister Narendra Modi’s Bharatiya Janata Party.

The legislation was introduced alongside a presidential order that takes from the region and its people some political autonomy and hereditary rights by revoking Article 370 of India’s Constitution.

The changes will also lift a ban on property purchases by nonresidents of Kashmir, opening the way for Indians outside the territory to invest and settle there. The local Muslim population has long feared such measures would change Kashmir’s demography, culture and way of life.

An indefinite security lockdown has kept most of the region’s 7 million people in their homes and in the dark about the changes.

Erasing the autonomy of the region will inflame the sentiments of most Kashmiris who demand that the territory be united either under Pakistani rule or as an independent country. Two of the three wars India and Pakistan have found since independence were over Kashmir.

More than half a million Indian soldiers are stationed in Kashmir to counter a rebellion that seeks to secede from India, and there are near-daily demonstrations against Indian control.

About 70,000 people have been killed in the uprising and the ensuing crackdown since 1989.

The legislation introduced by Home Minister Amit Shah downgrades Jammu and Kashmir from a state to a union territory with an elected legislature. It also carves out the region of Ladakh as a separate union territory, ruled directly by the central government without a legislature of its own.

The bill has been applauded by India’s Hindu nationalist parties, which have been seeking to fully integrate Kashmir since the country’s partition into India and Pakistan in 1947. The Modi government’s ideological mentor, the right-wing Rashtriya Swayamsevak Sangh organization, praised the decision, describing it as “brave” and “necessary” for the national interest.

Critics have already likened Kashmir’s proposed new arrangement to the West Bank or Tibet, with settlers — armed or civilian — living in guarded compounds among disenfranchised locals.

“The decision (to split the region) will reduce Kashmir to a colony,” said A.G. Noorani, a constitutional expert who has written extensively about Kashmir, including the 2011 book

“Article 370: A Constitutional History of Jammu and Kashmir.”

Noorani said splitting the region into federal territories will “divide Kashmir from the rest of the country and Kashmiris will oppose the Hindu feeling in the region.”

Dibyesh Anand, a social scientist at the University of Westminster, said “the fear of settler colonialism is not a specter but a reality, given the approach of both the government and a large number of Indians.”

Anand said there will a major transformation of the socio-economic landscape in Kashmir, where Hindu Indian settlers will be “presented as patriotic pioneers braving Kashmiri Muslim resentment.”

Human rights activists and residents of the troubled state have long feared such a move could destabilize the region and plunge it into chaos by redrawing sectarian lines.

Still, the main worry for many is that the central government’s actions will set in motion a plan to crush the identity of the people of Kashmir.

Indian census data puts the total population of the Indian-controlled part of Jammu and Kashmir at 12.5 million, about 68% Muslim, 28% Hindu and just under 1% Buddhist. Within the state, Kashmir is about 94% Muslim while Jammu is about 63% Hindu and 33% Muslim.

The remote mountainous Ladakh region has a population of just 274,289 people, with 46% Muslim and about 40% Buddhist.

The immediate implications are that Kashmir will lose its flag, criminal code and constitution.

Before the region’s special rights were revoked, New Delhi needed the regional government’s approval to apply all other laws — except in defense, foreign affairs, finance and communications.

Turning Kashmir into a union territory means the central government will gain much more control over the area’s affairs, including its courts. Electoral constituencies will be reorganized using 2011 census figures. This could further inflame the region if more power is shifted to Jammu, where Modi and his Hindu-nationalist party enjoy strong support.

Some experts questioned whether India’s actions were legal.

“This move is a violation of the procedure in any case and can be challenged by the Supreme Court. Article 370 can only be managed by the government of Jammu and Kashmir. So, this Parliament cannot abrogate it. This is what the law says,” Noorani said.

Many constitutional experts say the provision that allows Article 370 to be altered by presidential order requires the consent of the constituent assembly of Jammu and Kashmir and is therefore void because the assembly was dissolved in 1956.

“This clearly means that it (Article 370) cannot be revoked, because the only body which could have recommended it has ceased to exist,” said Yogendra Yadav, a political analyst.

Congress party leader Rahul Gandhi, defeated by Modi in May elections, criticized the “abuse of executive power” by the ruling party and said the move would have grave implications for national security.

“National integration isn’t furthered by unilaterally tearing apart J&K, imprisoning elected representatives and violating our Constitution. This nation is made by its people, not plots of land,” Gandhi tweeted.  /muf