With Paolo and Isko in party, NUP not grooming a bet for national polls 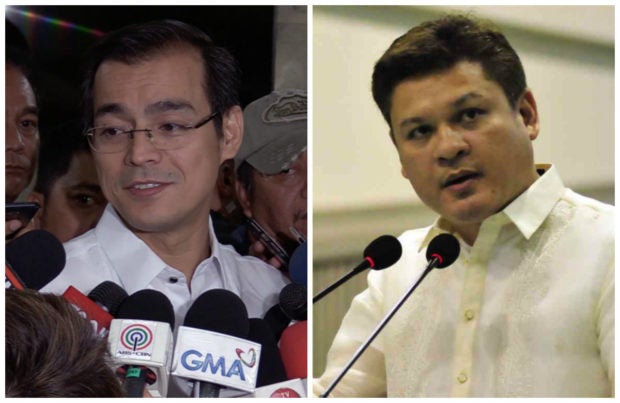 MANILA, Philippines — A lawmaker from the National Unity Party (NUP) denied on Wednesday that the group is grooming a national candidate for future polls with presidential son and Davao City Rep. Paolo Duterte and Manila Mayor Isko Moreno in the party.

NUP Vice Chairman for Internal Affairs and Antipolo 1st District Rep. Roberto Puno answered in the negative when asked this question in an interview with ABS-CBN News Channel.

Despite the denial, Puno, who is also House Deputy Speaker, however praised the younger Duterte whom he predicted will become a “great congressman” after going through the “school of hard knocks,” citing Duterte’s three-year job in a gravel company before becoming Davao City vice mayor.

“And I think just because he is the son of the President, people will gravitate towards him. So what he does, what he says, people will watch and people will try to be close to him, and so I think he is going to be a great congressman,” said Puno.

The lawmaker also believes Moreno, who is NUP vice chairman for political affairs, does not plan to be a candidate for national polls in the coming years.

“I think Isko Moreno, from our discussion, has a horizon for Manila that goes to nine years,” Puno said.

“Masyadong maaga (It’s too early). Of course if he decides to change we will talk about it, but so far from what we have heard in the discussions with Isko Moreno is he seems to be focused in Manila,” he added.

Puno explained that NUP should also “pause” to see if giving Duterte a post in the party will have certain implications. He said the younger Duterte was not able to attend the NUP annual meeting on Tuesday where he would have been given a post.

“Also I think we should pause also to see baka may implications na hindi maganda (if there are negative implications) because Pulong is the son of the President. That happens to be a fact and since he is there, I think it would be of interest of him to be available and accessible to all members of the Congress,” he said.  /muf