In Pampanga, thousands attend Mass for clergymen with sedition raps 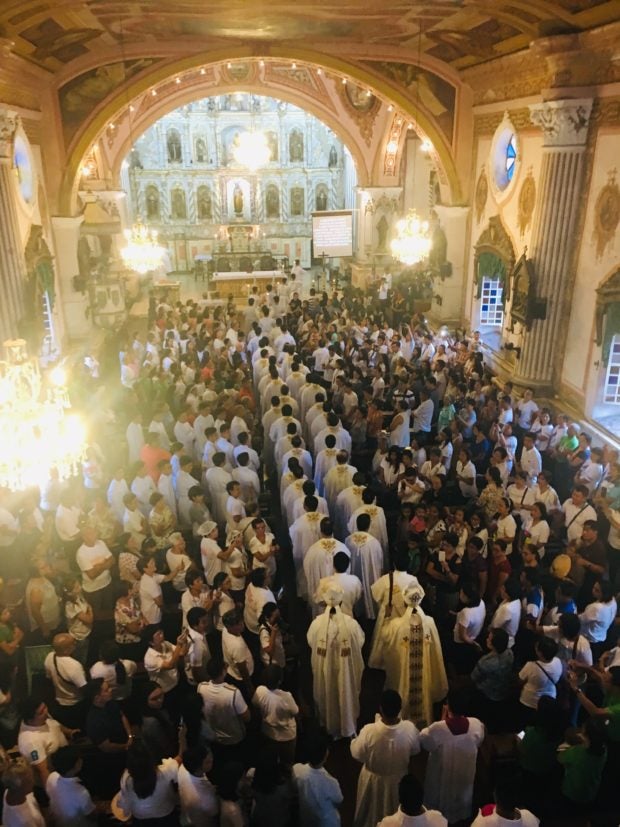 Catholics in Pampanga fill the St. James Parish Church in Betis, Guagua for a holy Mass in solidarity with clergymen charged with sedition by the PNP-CIDG. PHOTO BY TONETTE OREJAS

About 3,000 laypeople also showed up during the Mass at the St. James Parish Church here to express their support for the Catholic leaders.

Lavarias, before starting the Mass, quickly corrected the lector for saying it was the President who filed the sedition charges.

“If we are standing up for truth, let us start with facts,” Lavarias said.

It was the Philippine National Police-Criminal Investigation and Detection Group that filed the sedition cases at the Department of Justice against the Church leaders as well as Vice President Leni Robredo and other personalities critical of Duterte.

In his homily, Lavarias said the clergymen were “falsely accused.”

From among those charged, only David came here to celebrate the Mass. /kga