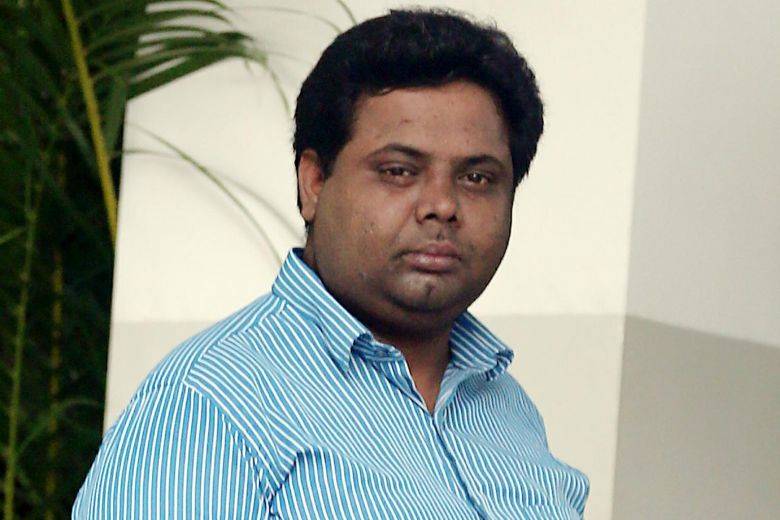 Vijayan Mathan Gopal touched the stewardess’ buttock, placed his hand on her right thigh and cupped her face with his hands.ST PHOTO: WONG KWAI CHOW

SINGAPORE — Reeking of alcohol, a man boarded a Singapore-bound Scoot flight in Cochin, India, with his fly unzipped.

The passenger, Vijayan Mathan Gopal, 39, later molested a stewardess by touching her buttock, placing his hand on her right thigh and cupping her face with his hands.

The Singapore permanent resident committed these offenses between 4 am and 8:14 am on Nov 2, 2017.

Deputy Public Prosecutor Jane Lim said in her submissions that commercial air travel involves passengers “packed into a confined space… for a period of time” with “no ready means of escape and immediate assistance from law enforcement is practically impossible”.

The DPP added: “This was the very predicament the victim, an air stewardess, found herself (in) when she was molested by the accused while working.”

The court heard that following the take-off, Vijayan had an argument with another crew member, as he had refused to pay after ordering food and red wine.

DPP Lim said it was the carrier’s policy to collect payment before heating up its passengers’ orders.

The stewardess, who cannot be named due to a gag order, stepped in to defuse the situation and agreed to serve Vijayan his order before he paid for it.

Despite this, he continued to demand her attention by repeatedly pressing the call light even though she had to attend to another passenger who was feeling faint at the time.

Her colleague tried to attend to Vijayan but he insisted on talking to “that female steward”.

The DPP said: “According to the victim, the situation was ‘very urgent’ because there was a medical emergency that required her to page for medical assistance… and a drunk passenger that required her attention.

“After a nurse came forward to assist in the medical emergency, the victim attended to the accused. She knelt down to be at his eye level, placed her arm on the arm rest and told the accused firmly not to press the call light again.”

The court heard that Vijayan suddenly asked the stewardess where she lived and told her: “You are so beautiful.”

After that, he cupped her face with both hands, causing her to feel “angry, uncomfortable and very disgusted”.

However, she could not push him away and she leaned back instead, as he was a passenger.

He then told her: “Do not throw your anger at me… I’m the boss of the flight.”

When she tried to stand up, he placed his hand on her right thigh “with strong force” and touched her buttock before she walked away.

The stewardess told the plane captain about what happened and asked him to alert the airport police. She later submitted a report to Scoot about the incident.

During the trial, Vijayan, who is represented by lawyers Ramesh Selvaraj and Nicholas Kam, denied molesting the woman.

Instead, he claimed that she had fabricated the whole incident to suppress his complaint against her colleague about the “poor service” he had received.

For each count of molestation, he can be jailed for up to two years and fined or caned.