MANILA, Philippines — True to his word that more would be coming, Executive Secretary Salvador Medialdea filed on Tuesday four more counts of  libel against Special Envoy for Public Diplomacy to China  and journalist Ramon Tulfo.

The complaints were filed before the Manila Prosecutors Office.

Medialdea earlier filed a libel complaint against Tulfo over his column piece titled “Self-purgation should start with the Cabinet,” which appeared in the Manila Times July 25, 2019 issue.

In a phone interview, Medialdea’s lawyer, Elvis Balayan said two counts of libel under the Revised Penal Code and two counts under the anti-cybercrime law were filed against Mr. Tulfo.

“This is the second set of libel that we filed. We already filed one last June 17. We filed another libel for the two articles that was published by Mr. Mon Tulfo last July,” Balayan said.

Balayan was referring to the July 20 and 23 columns of Tulfo that were published in The Manila Times.

In a text message on August 2, Medialdea said “there will be more coming” after he filed a libel complaint against Tulfo last June.

Tulfo had earlier said he would face the charges against him in court, insisting the complaints were pure harassment.

READ: Tulfo cries ‘harassment’; tells Medialdea not to be ‘onion-skinned’ 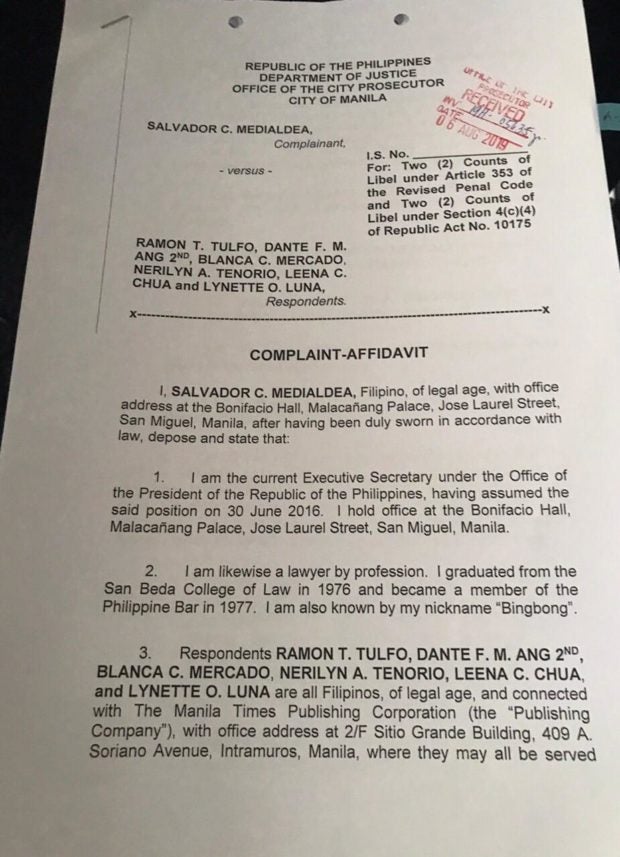 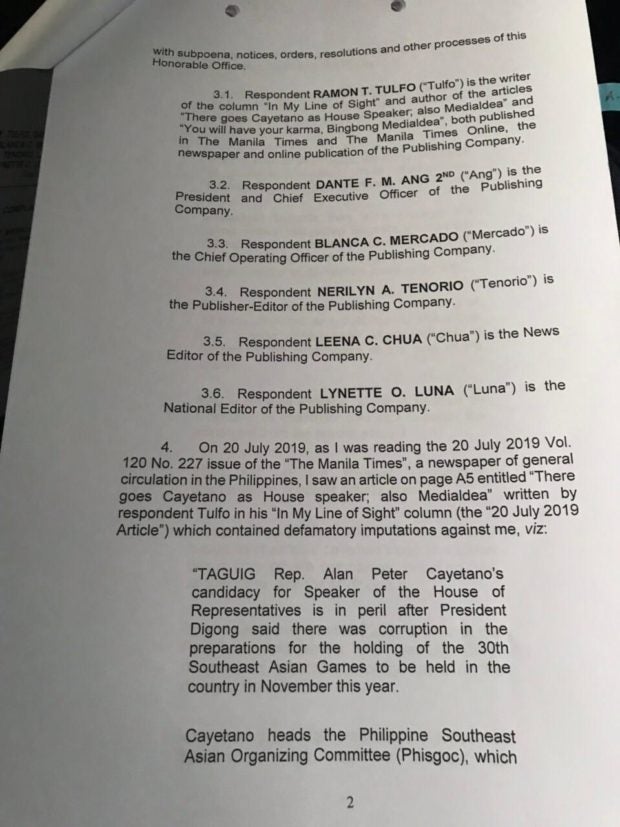 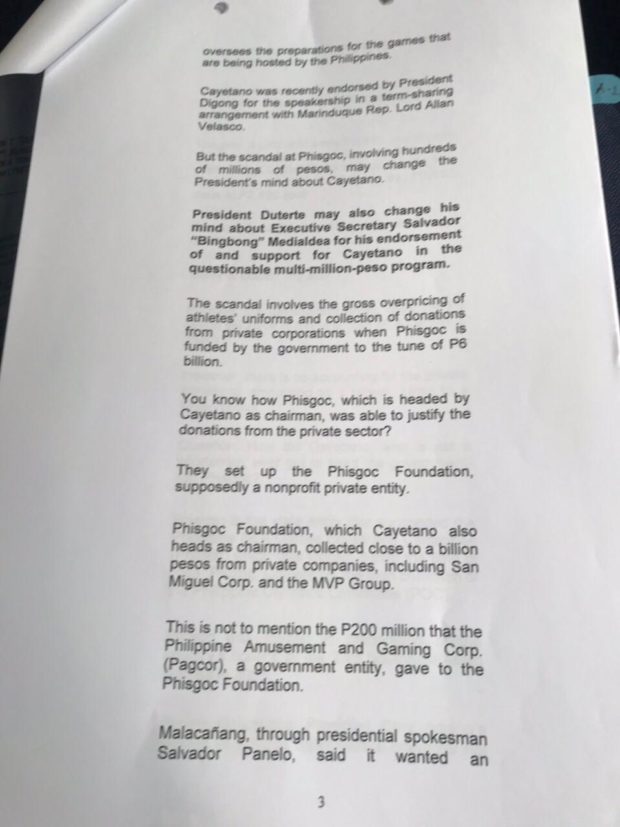 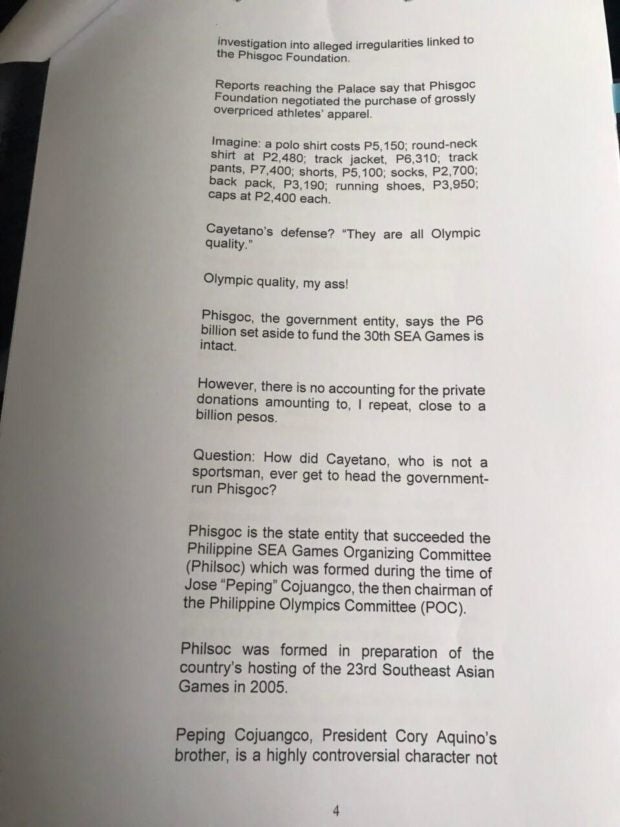 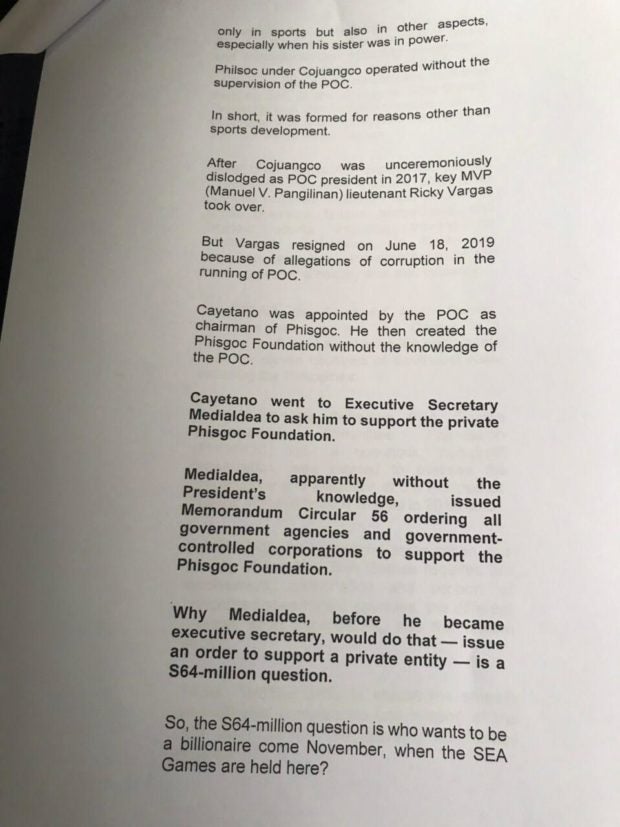 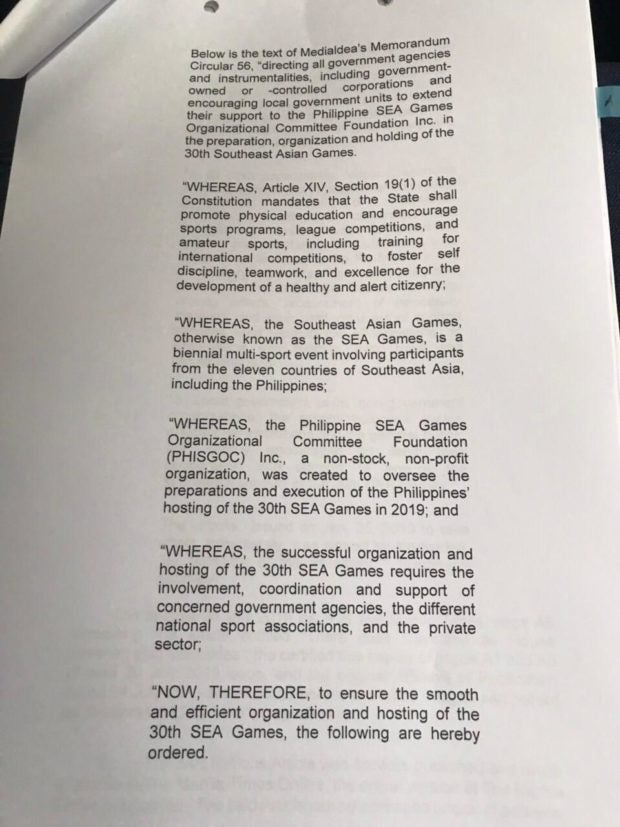 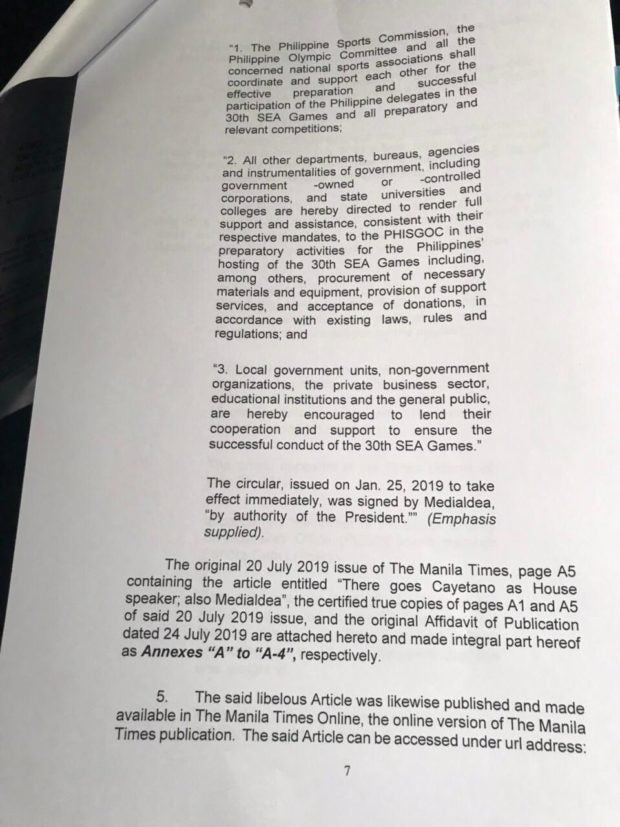 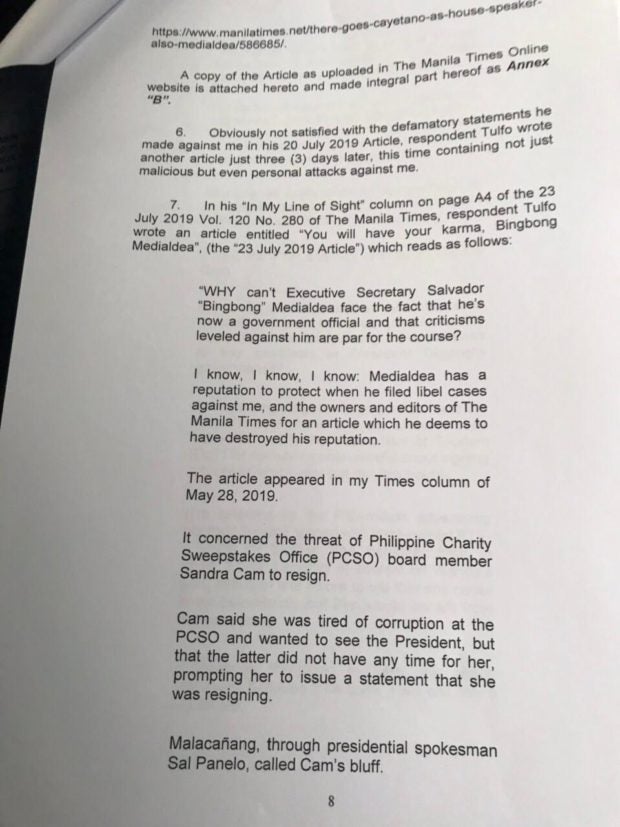 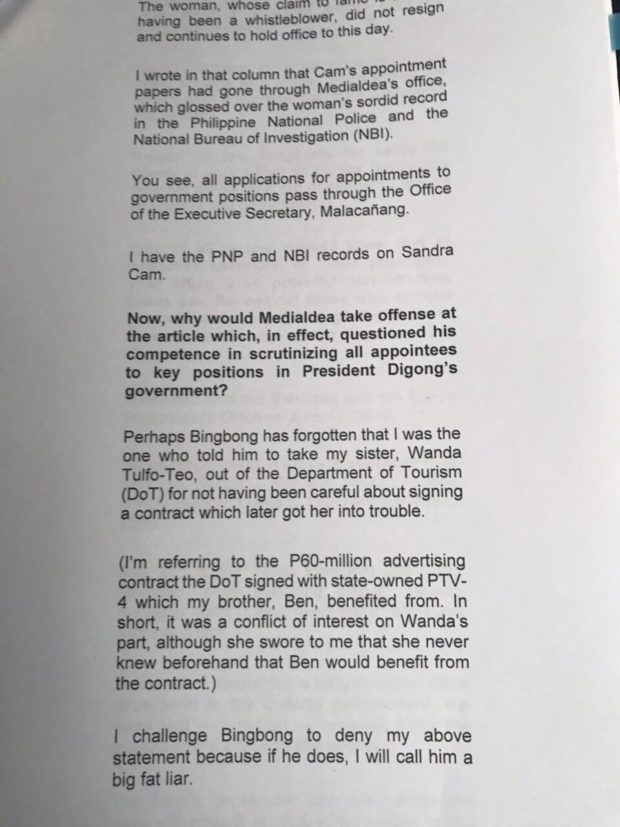 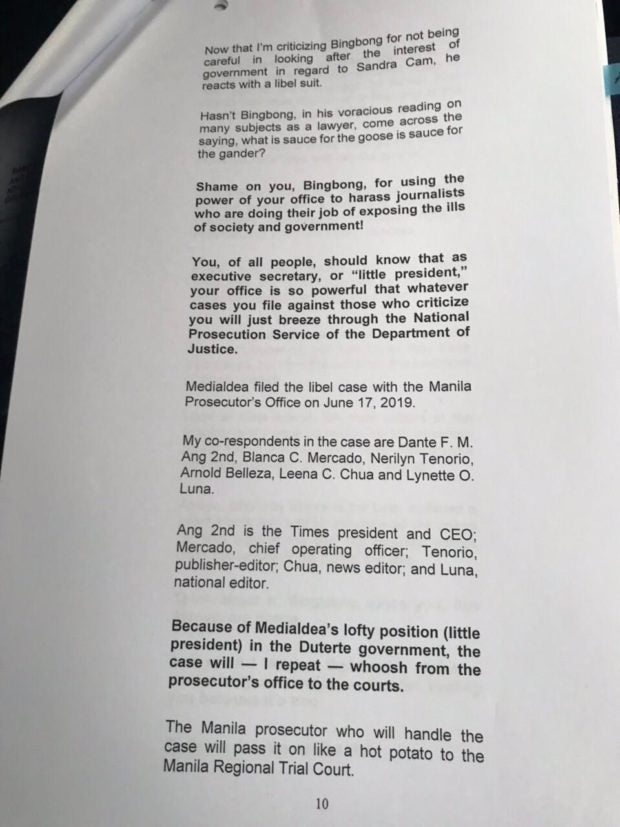 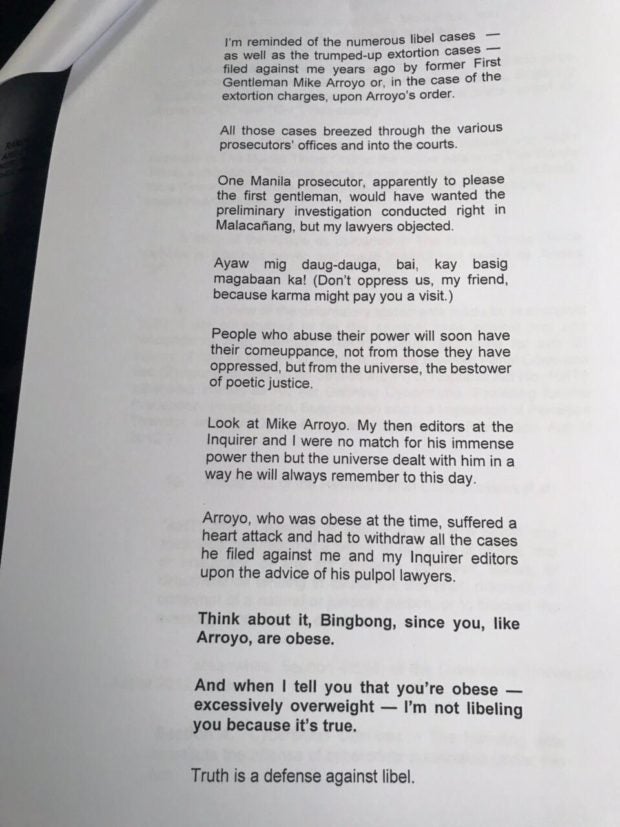 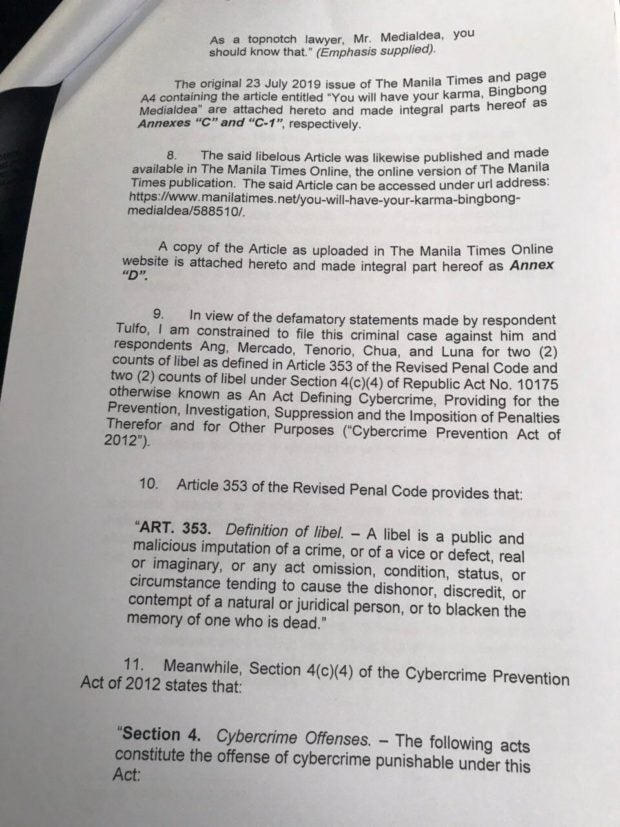 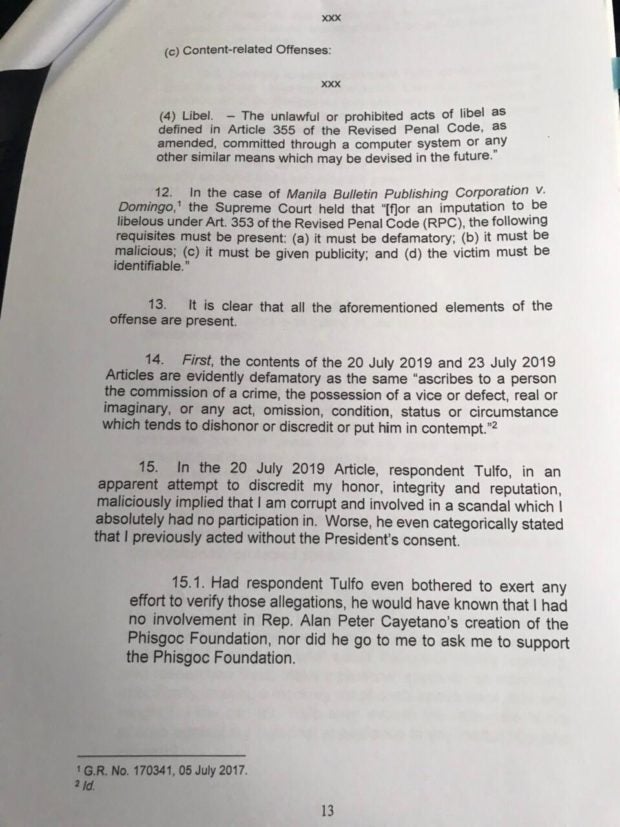 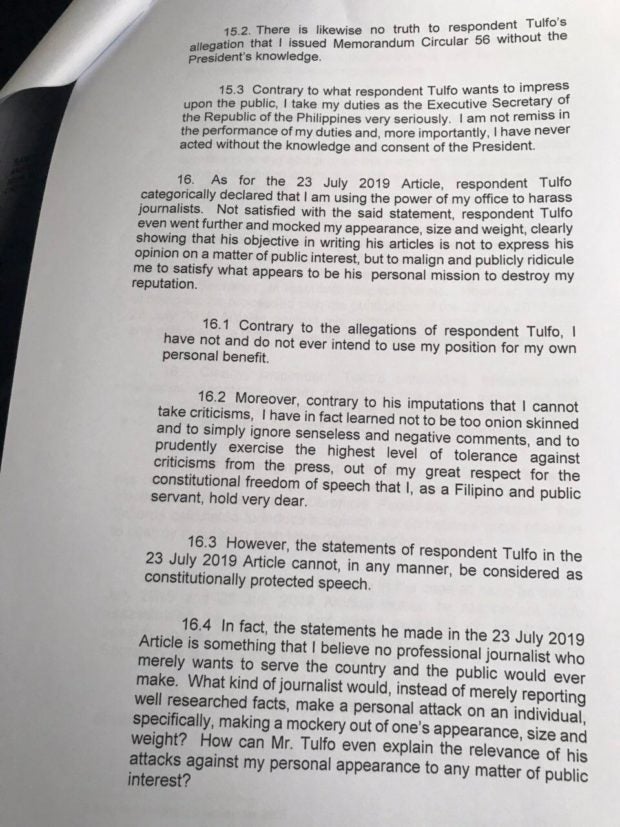 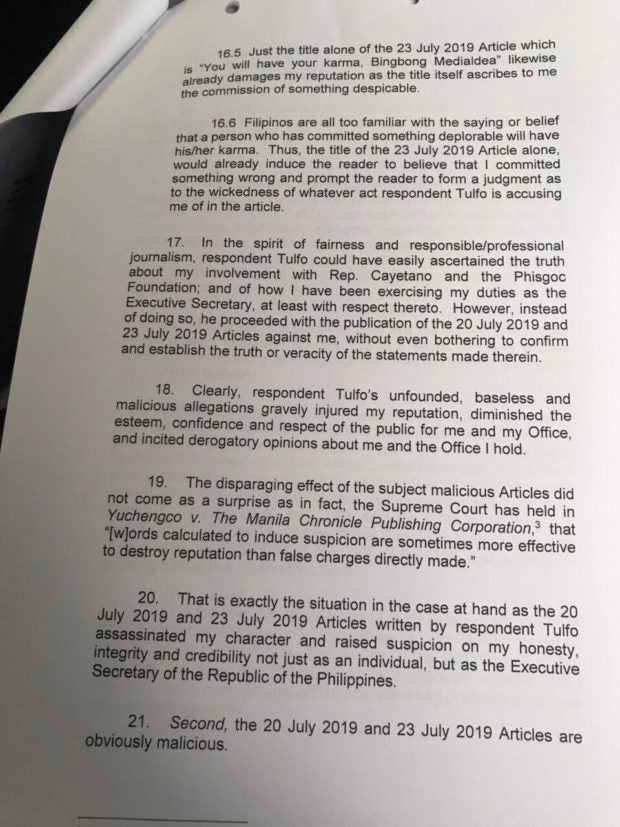 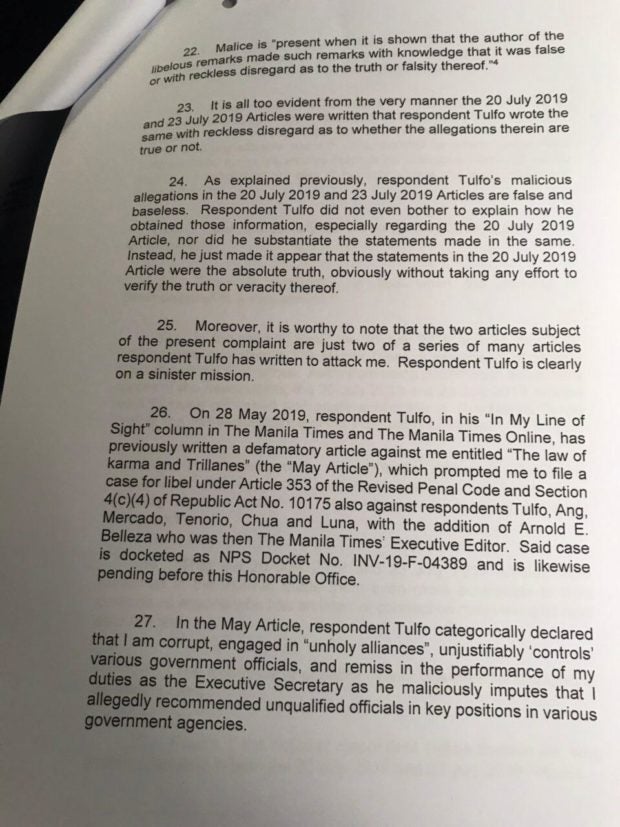 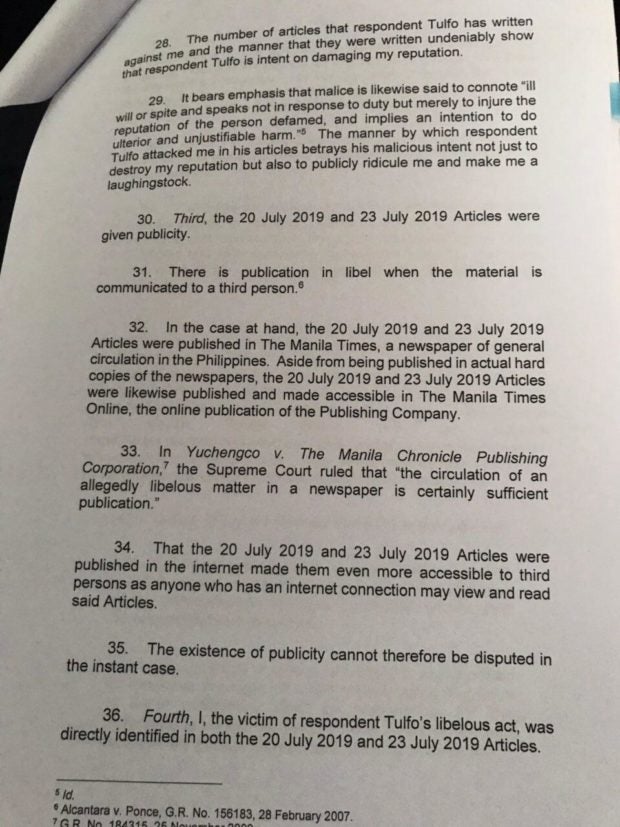 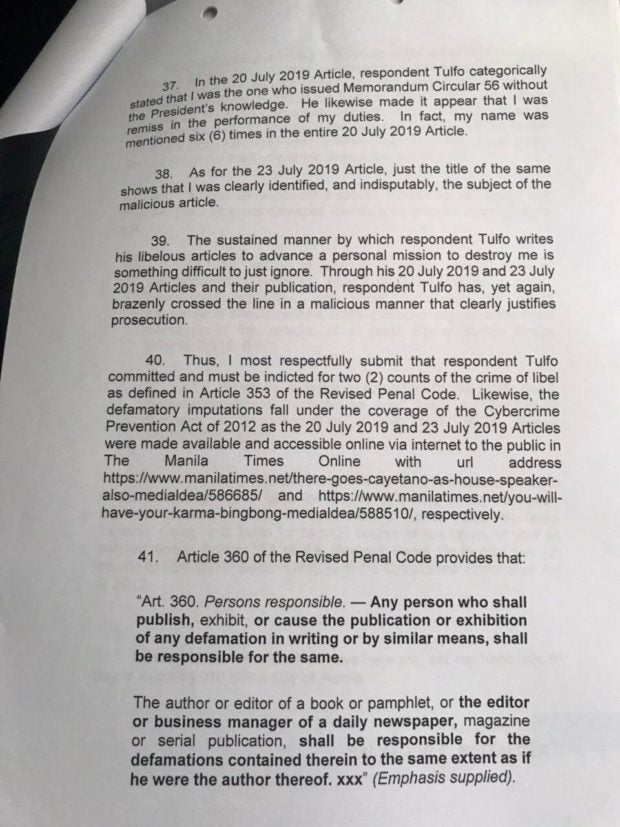 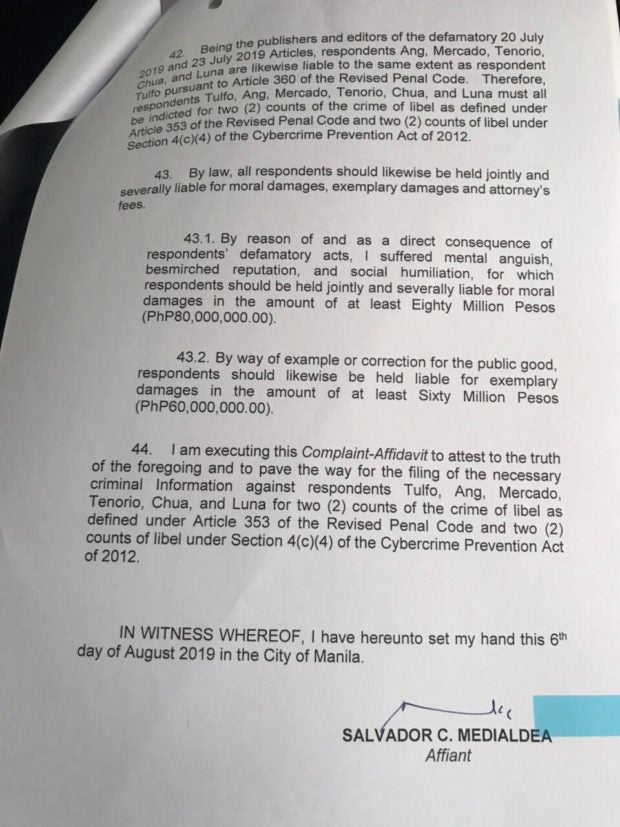 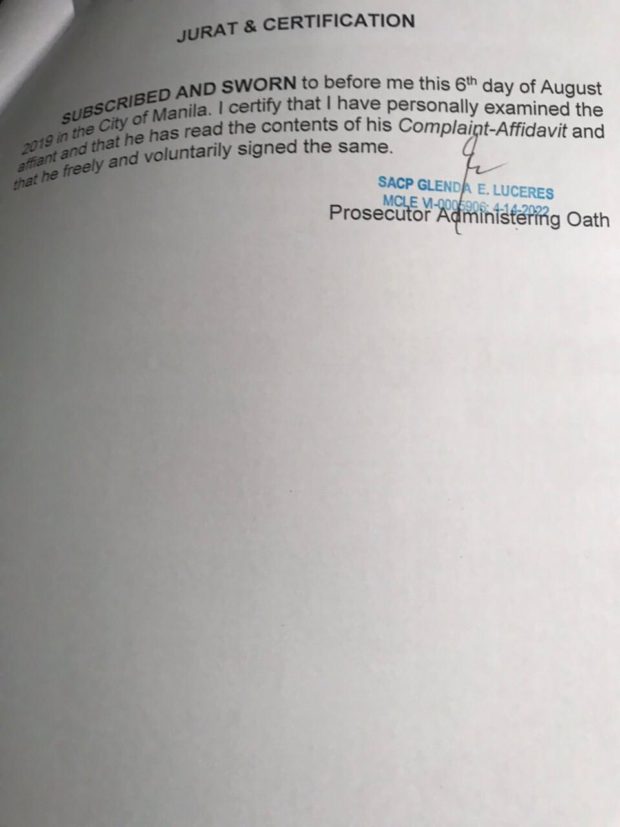