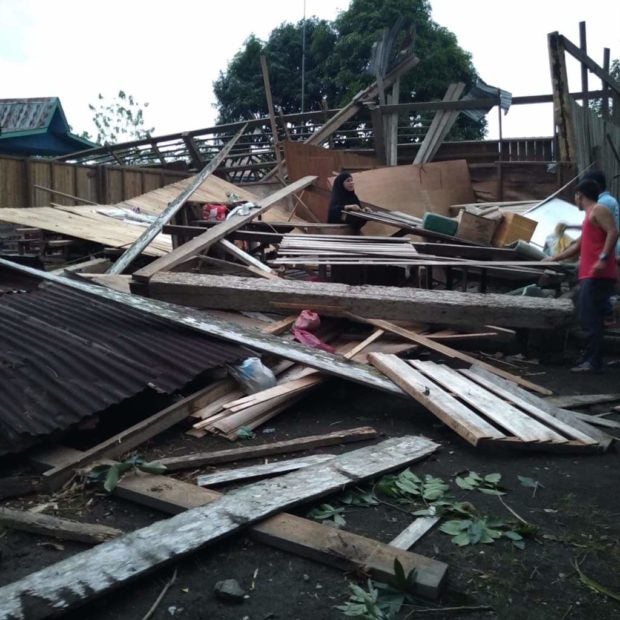 Houses lost roofs and were total wrecks after a tornado ripped through the village of Proper in Marahong town, Lanao del Sur province. PHOTO FROM 5TH MARINE BATTALION LANDING TEAM

ILIGAN CITY—Freak weather is making its presence felt in more areas as at least 30 families at a village in the town of Marogong, Lanao del Sur province were left homeless by a tornado that tore through the village on Saturday (Aug 3).

According to Pacasum, the tornado destroyed 15 houses, three small buildings, a school building of Sultan Abdulmadid Maruhom Memorial High School (AMMHS), a mosque and a madrasah or Islamic school.

The tornado-stricken area is just 200 meters away from the Marogong municipal hall.

They were brought to a hospital in nearby Malabang town for treatment.

As of Sunday (Aug 4) residents were still keeping constant watch as they continued to see small tornadoes in the area, said Lt. Col. Ismael Chua, commander of the 5th Marine Battalion Landing Team that is stationed in the town.

One house owner, Nenita Revilla, said the waves were extraordinary, none that the villagers experienced in the past “even during typhoons.”

Barangay Dumagoc Chair Duomedes Sinon said he had advised residents to be on alert for the strong waves and immediately evacuate their families to a safer place./TSB